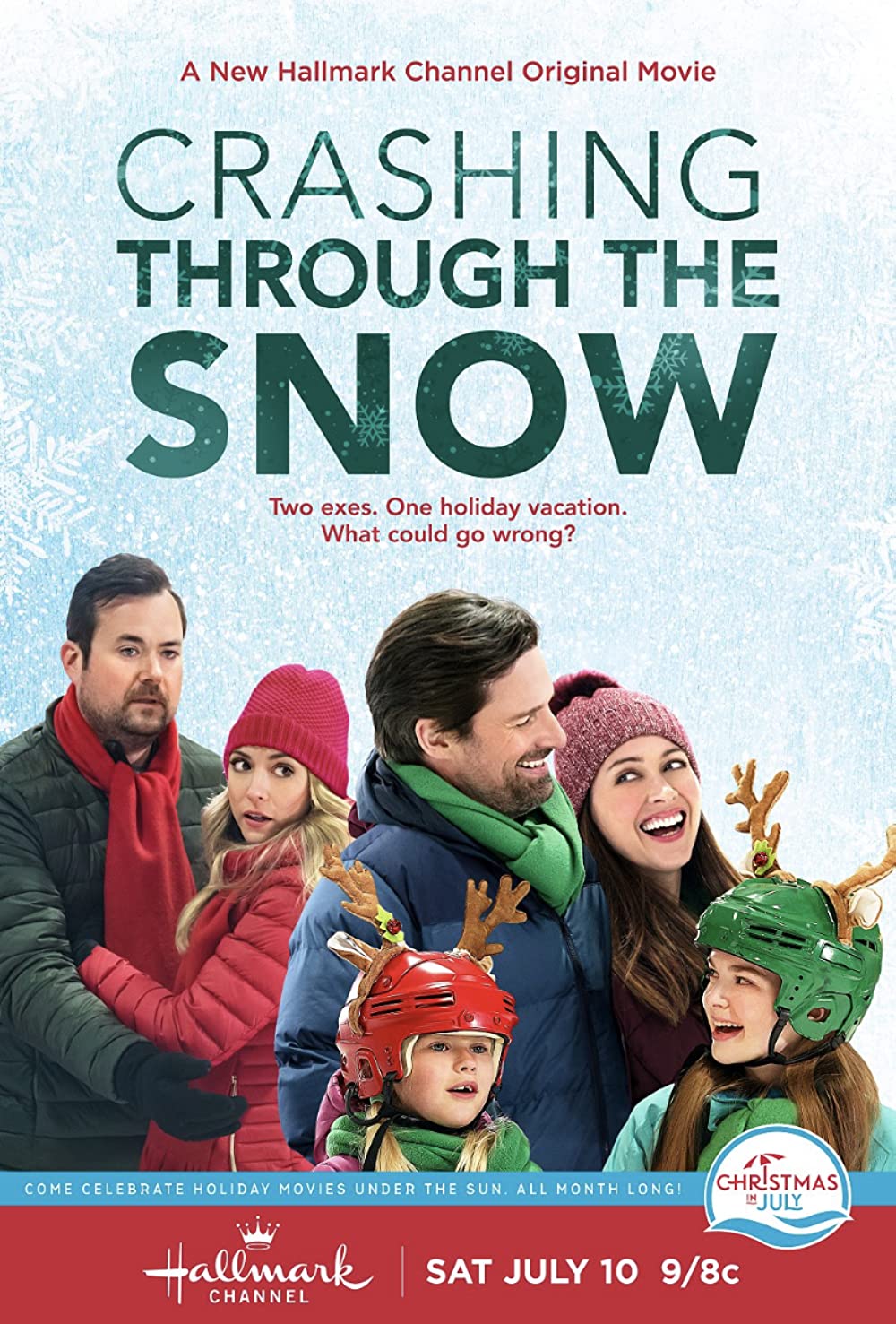 Time for another Hallmark Christmas film and in this one things get extra personal for all of the characters. It’s rare but this time the film unintentionally made the protagonist less sympathetic than you would expect though. I dare say this movie had more conflict than just about any of the others with things getting tricky from the start but it also helped it stand out from some of the others in how different it was.

The movie starts with Maggie saying goodbye to the kids because they are going to be staying with their father and new fiancé. Maggie is sad that this will be her first Christmas away with the kids and tactically lets this be known a few times so the fiancé (Kate) invites her over for Christmas as well. Now that Maggie is coming along she is determined to continue her traditions with the kids as normal and in the process forgets that she is a guest at this event. Will she end up destroying Kate’s carefully crafted Christmas plans?

So here’s the thing. Maggie was originally not even going to be with the kids for Christmas at all. Her ex husband Jeff and Kate were going to host a their first family Christmas and it’s only because Kate invited her that Maggie would be there at all. Jeff didn’t even want Maggie there from how his reaction went. So you’d expect Maggie to be low key, enjoy the time she has with the kids and enjoy the plans. The problem is that right from the start she tries to take over.

Bringing the stockings to put up was the first iffy moment. You could write it off as her not thinking things through but she is in someone else’s house so you’d expect that the stockings are already taken care of. Then she mentions creating their own ornaments to put on the tree when it’s clear that Kate already has her own. Maggie even decides to let her eldest daughter pierce her ears as a quick “win” when she didn’t think it was a good idea initially. I think the issue is that this usually works when the new girl is shown to be mean but the problem is that Kate was anything but.

She was as nice as possible throughout the film but gets her feelings squashed over and over again. Maggie has had the kids all the time so this was Kate’s first chance to make a positive impression on them. For once it was like watching a Hallmark movie in reverse where Kate would have been the main character in most circumstances but we don’t get to see the movie from her perspective. Maggie keeping the kids from tuba sliding with Kate and not ever giving a proper apology for it was unfortunate.

It just kept getting worse throughout the movie. Maggie skipped out on dinner which would completely wreck the vibe that Jeff was going for when he tries to propose to Kate and this didn’t help the kids’ reactions since it’s obvious why Maggie isn’t there. So now they would feel like she is opposed to this and Maggie immediately ran off for the rebound. Now the rebound romance is a Hallmark staple and was inevitable but it still doesn’t work very well here. Focus on the kids right now and getting through Christmas but there’s no time for a quick romance. She barley even knows the guy so even if she finds him charming and all that, you have to give these things time.

Back to Kate though, she just has to be the most tragic character here and the worst part is that she handles everything as well as possible. When her day’s plans are dashed she doesn’t get upset at anyone and just tries hard to move on. When everyone was having fun partying she was resetting the stockings so Maggie’s could be included. When Maggie suddenly decided that her daughter’s ears could be pierced, Kate spent time trying to find her good earrings. When Maggie got an ankle injury and kept one of the kids from going with Kate, she didn’t argue or make a fuss. Kate turned the other cheek and tried to be the bigger person in every scene.

She even politely tried asking Sam for help or at least to stop making things more difficult for her. Of course he was no help there since he was firmly on team Maggie but she really tried just about everything. She even stuck up for Maggie when Sam tried to steal her room. So in the end the problem is that it’s so one sided. Kate was doing her best to make everyone happy and to make things comfortable for Maggie while Maggie never had a positive thought about Kate. Maggie was super selfish the whole time and even at the end she never truly apologizes to Kate when I think that she should have.

The movie never portrays Kate as an antagonist which is good but I still don’t think her ending was as satisfying as it could have been. She should have gotten some kind of really big win to make up for things or a full apology from Maggie. I’d say that she deserved as much. Jeff is also in a tough position. He won’t just take everything the way that Kate does and so he does speak to Maggie a few times. Eventually he gets through to her but he was certainly in a tough spot as well. We know that his marriage to Maggie didn’t work out even if the explanation was not the best. They were best friends and didn’t realize that they didn’t love each other like that….and yet they had two kids and were together for a while so that certainly took them some time.

It’s better than making one of them the villain and it’s great that they still got along but it still felt like a bit of an odd explanation there. Finally you’ve got Sam who is the Mr Perfect of the film. He’s an expert chef, great people person, and he’s great at all the sports. He does a good job of cheering Maggie up and doing well at work. He balances everything out really well in the film. It’s great that he helps Maggie out so much but at the same time you do feel like he basically abandoned Kate as a result. She could have really used a little backup during the movie with everything going sideways.

Personally if I was invited to a rich estate to just watch I would still have a blast eating as much food as I can. I’d be stuffing my face constantly and just enjoying the good vibes. I always thought those homemade Gingerbread cakes always looked amazing. I would have a really good time eating one of those and I should probably try to get one at some point. Something for the bucket list that’s for sure.

Overall, This was a good Christmas movie as always by Hallmark. It got a little close to being mean spirited towards Kate at times though. Not as bad as Home Alone of course where they really dropped the ball in one of the sequels with the step mom. This one at least has a lot of restraint the whole time which is good. I’d still recommend this one to any Christmas movie fans out there. You’ll have a good time with it and you’ve got the usual songs and fun Christmas visuals going on. The song the lead was singing at the beginning was one I didn’t really recognize and I can’t say that the tempo worked but maybe I’m just too used to the old classics at this point.

2 thoughts on “Crashing Through The Snow Review”