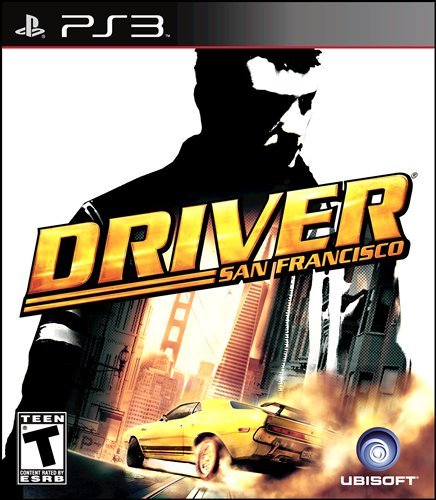 This game I’ve had in the closet for so many years. Earlier this year I finally bought the two previous installments so it was time at last to play this one. I greatly enjoyed the first game which is still one of the definitive driving games of all time but the last two were more standard. This one brings things back to a high point and is a great game. It certainly wins in plot but the original still has the best gameplay and at this point I think that will be tough to surpass.

The game starts with John Tanner putting a villain behind bars but unfortunately he breaks out almost immediately and gets revenge by putting John in a coma. Now here’s where things start to get tricky. So John wakes up back in the car but now he has super powers. He can possess anybody at will which is cool and then his real body becomes a quiet zombie on autopilot in the meantime. With these powers maybe he can stop the villain and save the city. There is a big bomb being created so there’s a race against time. But how come he keeps getting visions where he is still in the hospital and seeing weird signs? Well no time to worry about that now!

The Driver games are usually as realistic as they get so it’s a bit odd to see the game take more of a supernatural approach but it leads to one of the best driving game mechanics that I’ve seen in a while. The story is also fun with this. It plays out like a very interactive movie. In each level there is a lot of dialogue and of course there are a whole lot of cutscenes scattered throughout the game. That helps to make the whole thing feel really high budget. Another nice thing is they recorded a good amount of dialogue for each mission so when you die and try again, you’ll usually near some new lines as well. It’s a clever way to keep things from feeling too stale if you were to hear the same lines every time.

Now for the gameplay, mainly you’ve got the driving as normal. Unfortunately this part isn’t as polished as the average driving game. Turns are really difficult to make here as the cars have a very tough time turning while moving forward. You’re going to be bumping a whole lot and the car also tends to go unbalanced really quickly if you hit anything. Definitely something to keep in mind the whole time you are playing. You will really want to slow down for those turns, but fortunately there aren’t too many races. Mainly this just gets tricky when you are trying to evade the cops so instead of looking for the hidden paths, try driving into traffic and dodging the cars. That will help you lose them quick.

Now for the new mechanic. As a ghost you can fly out of your car and possess somebody. You can move around the field from a bird’s eye view and have 3 different zooms on this. It’s really fun to take over the cars and they come in real handy when attacking your enemies. You can take control of a car and just have him ram into the villain. You can do this at any point to any car so it makes it really hard for the opponent to even try to dodge. It also makes for some interesting boss fights later on in the game. You know a lot of times I’m not a big fan of new mechanics and gimmicks if they don’t work just right but this is one that actually was a success.

It enhances the game which is exactly what a gimmick should do and it was fun to use the whole time. I never got bored of it that’s for sure. There’s a trophy for doing that 1000 times and I made it through about 400 so I better get to work on grinding the rest out. The game’s length is fairly decent. I want to say the game is about 5-6 hours long. Maybe a little above that but roughly in that range. For most genres that probably sounds small but the previous 2 Driver games were about 90 minutes so this is still a big improvement. There is also replay value to get more trophies although unfortunately the servers are down so the Platinum is impossible to obtain now. It’s too bad that couldn’t have stayed up longer. Still there is some replay value here as a result.

The graphics are really solid here. This feels like more of a high end PS3 game in that area. The game loves showing off the big zoom ins as a result. While you’re in the gameplay everything is clear and you can always tell what is happening. The stages will sometimes have a fun visual effect like turning blue or yellow depending on what is going on with John’s psyche and that’s always a nice touch. The soundtrack has a ton of lyrical songs. For the most part they seemed pretty solid. I didn’t get any that were really obnoxious and it never takes over the sound of the dialogue coming through. Whoever did the sound mixing did a good job for this game that’s for sure.

Overall, Driver was a lot of fun to play through. If the driving was just a little smoother it would make the game even better. After all I love pushing through tight corners and really styling on the opponents but with the controls like this I couldn’t quite do that. Still the story is a lot of fun and I give the game tons of credit for having full voice acting for every single cutscene. Whether it was a story mission or one of the side ones, everything had the voices on point and I think that’s great. It’s not something that you see everywhere even if you would expect that to be the standard at this point. So the game has to get a lot of credit for that all around. If you haven’t gotten this game yet then you definitely should. The story alone is worth the purchase as this would make for a great movie. You can also get a good price for it nowadays.