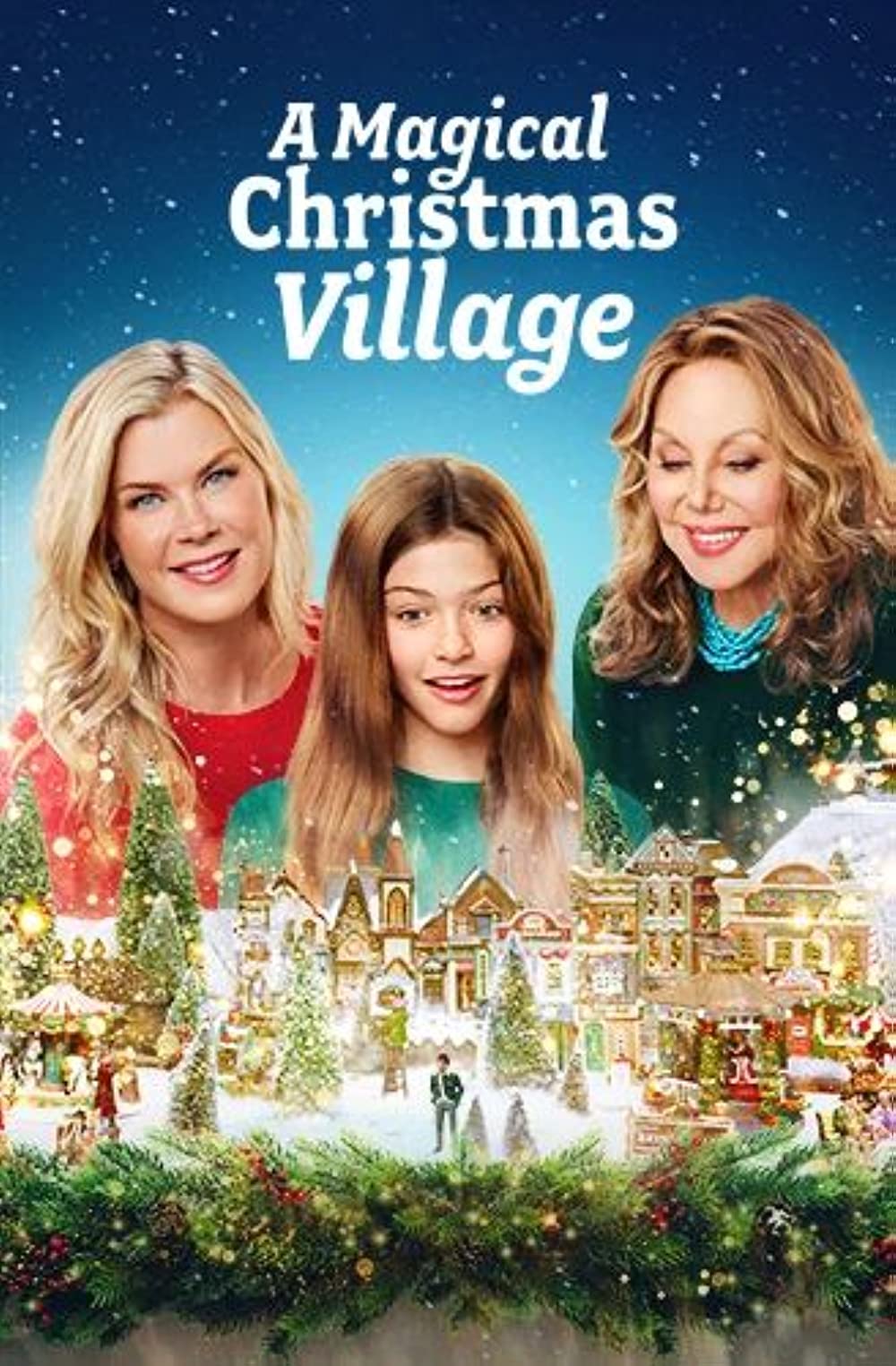 Hallmark Christmas movies are some of the biggest staples of quality and consistency in the industry. You can always count on them to be really solid but this has to be one of the weakest Hallmark films that I’ve seen. It’s still a good film so not taking that away from it but it just could and should have been a lot better. The magical angle here just doesn’t work and Vivian is one of the most annoying characters I’ve seen in this.

So the movie starts off with Summer’s mother Vivian going through hard times after selling off her house almost for free so Summer says Vivian can stay with her. The two don’t usually get along super well but this time she will make it work. Summer is a very methodical person who likes to plan everything out while Vivian is more about living in the moment. Things get more tense when Vivian helps Summer’s daughter Chloe set up a Christmas village that takes up a lot of space in the living room. All the while with tensions rising, a guy named Ryan shows up and Summer may have fallen for him. But she has no time for romance or Christmas….is this really happening to her?

So lets get the elephant out of the way here which is the magical village. “Do you believe in Destiny?” I’ve actually got an editorial about that coming up sometime by 2024 but this film takes the Yes approach to that in how the village is the controller of destiny. See, whatever happens in the village will happen in real life so Chloe uses this village to set up Summer and Ryan. Yes, she doesn’t realize that she is doing this but everything she does there happens in real life so you start doubting the romance big time. If Summer and Ryan are being manipulated then is this really valid?

You can make a case that the village doesn’t manipulate you emotionally and only does so physically but it still gets them into dicey situations the whole time. I think the village could have been a fun thing if it was limited to being used to help Vivian find a new house and things like that but when it started also being used for the romance then that was a touch too far. It just wasn’t charming and became more on the annoying side. Chloe’s okay since she isn’t trying to use this but I wouldn’t say she is the most interesting character. She can be a little too much with how she goads Summer into romance and tries to act like she’s wiser than she is.

Vivian is the annoying one here. So in the film you’re supposed to recognize that both she and Summer had good points and they needed to meet in the middle but this time I was on Team Summer the whole time. Vivian basically sold her house which was worth a fortune for peanuts because she felt bad for the new owners. It’s great that you want to help out but there’s a saying that you should always help within your means. For example if you buy your friend a house but now you’re homeless, you weren’t as altruistic as you think you were because now you have to freeload at a friend’s or with your family.

I wouldn’t have had a problem with Vivian doing this if she could have survived on her own but now her finances are awful and she has to stay with Summer the whole time. It’s a bad look for her and then Summer does her best to help out. She tries to balance Vivian’s finances, look for a new house, etc. Vivian responds by ghosting her and missing out on multiple meetings. Vivian is not helpful in the slightest nor does she have any intention of being useful. It’s almost like she’s rebelling the whole time but the film never paints her as the antagonist. So that part was always a bit frustrating. I didn’t even think Summer mishandled the situation.

Later on Summer vents about always having to help Vivian and well..she’s not wrong. Vivian doesn’t seem very responsible and just ends up causing more and more problems all the time. That’s not the kind of thing you want to see from someone who is supposed to be in your corner. Ryan at least tries his best to help her out and give good speeches but usually she responds with bad advice the whole time. The one positive quality for Vivian is that she is a very healthy eater. She’s big on smoothies and always buying the right things to live a long and healthy life.

This is Summer’s only flaw as I do think it was a bit uncalled for to throw away Vivian’s smoothies the way that she did. If she didn’t want to drink them or wanted to help Chloe do that then you should really do this in a direct way. Wasting food is wasting food no matter how you slice it. It’s also a bit disrespectful and she’s a grown up. Cmon now. Summer’s character arc is more straight forward about learning to love Christmas and getting together with Ryan. It’s a classic one and while you may not buy into the romance angle, she’s a fun enough heroine. She has a good reason for not being very into Christmas since she effectively lost her childhood by having to look after Vivian all the time.

Finally for Ryan, there’s not a whole lot to his character. He doesn’t see himself as ever being in a family so he has fun with his TV dinners and likes taking jobs that have him travelling all over the place. This way he’s never tied down and has no time to regret anything. Of course you know this won’t last but it’s honestly not a bad idea. You can have a blast when you’re single and just go around seeing the sights and having a ton of great frozen dinners. His lifestyle seemed rather reasonable and he was never whiny about that so I appreciated this. As always I found the romance to be rather rushed but otherwise he seemed like a good character with a clear head on his shoulders.

Overall, This is still a fun film that I would recommend. As always with Hallmark the pacing is quick and the tone is solid. You’ll get a lot of fun Christmas visuals and solid writing throughout. It’s only bogged down a bit by the cast not being very likable relative to the other Hallmark films and the magic angle just doesn’t work. Whenever someone is being controlled like this it just introduces a whole lot of other things to think about like the concept of free will here and the film has no time to really delve into this. So as a result it weakens the movie instead of helps it. It’s a fairly small part of the movie but it’s part of what keeps it from matching up with the others. That and Vivian of course. I feel like Vivian didn’t really learn her lesson the way most of the other characters learned a moral by the end.