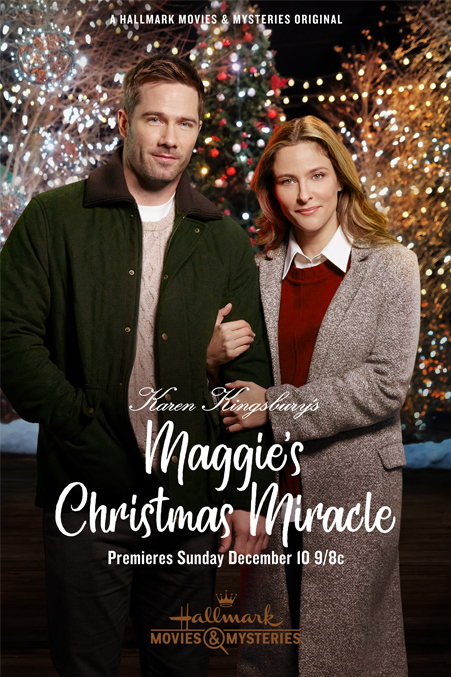 It’s time for another classic Hallmark movie and this one deals with a lot of tragedy and heartbreak throughout. We’ve got a good reason as to why the main heroine isn’t very into Christmas here and it works out as a fun adventure. The kid is a bit annoying and he doesn’t help the dynamic but at the end of the day you’ve got all the usual Hallmark fun you could ask for.

The movie starts off with Megan’s father running off right at Christmas which really wrecked her image of the holiday. Then fast forward to the future where her husband ran off and now she’s alone with her son Jordan. She’s determined to keep this from happening again and so she runs a bit of a strict home but tries to make sure Jordan is having fun. Unfortunately the broken home has started to affect his grades and so the school recommends a tutor named Casey. Megan has her doubts but calls him in. It’s not a great first impression for her as he’s busy taking care of a shop and has to call her back. Then on his first day looking after Jordan, the kid injures his hand while trying to lift up a tree. Perhaps this won’t work out but what are Megan’s other options?

Megan’s main character flaw here is definitely that she can be a bit overly dramatic. When Jordan injures his hand she really makes a big scene about the whole thing even when everyone including Jordan was saying that it wasn’t so bad. I do think it’s fair to criticize Casey a bit for letting Jordan help unload the truck. Probably not the safest thing for a kid to do but at the same time it’s a fairly busy area so there was never a chance that things would get too crazy. Jordan also messed up on the catch big time and fell over because he lets all the weight fall on him. Not the way you want to handle a situation like that at all.

Jordan badly wants a full family but it’s to the point where he is willing to wreck Christmas for this. He makes a big deal about Casey not being there when he wants to open the presents and while it’s great that he likes Casey, it’s not his place to try and spin a romance out of this. Worst case if Megan gets together with Casey just to keep Jordan happy, none of them would be happy in the long term. It’s why having kids meddle in the romance is always annoying because they are only thinking of themselves and that’s no good.

As for Casey, well he’s not a bad character I suppose. He rushes into the romance way quicker than most of the guys in these films. I’ll give him credit for not hesitating and realizing that he liked Megan right away but what about his professionalism as a teacher? He invites her for dinner almost immediately and you just know he can’t focus on being a normal teacher after all of this. You probably want to keep romance separate when you’re a teacher because it can make things awkward down the road. The romance is definitely a bit rushed as you’d expect.

We do get all of the classic Christmas backdrops though and a fun song here and there. It felt maybe a bit emptier than some of the others though. We don’t get a whole lot of baking scenes here and it felt like Megan didn’t have as many issues to deal with as you’d expect. This was more of a low key adventure all the way through. There wasn’t a whole lot of adversity in the present and the stakes were a lot lower than usual.

It’s not like these films usually have high stakes or anything but usually there’s at least a corporate group that needs to be impressed or an end of the year competition/show that has to be put on. So the whole time there’s the danger of not finishing in time but this didn’t really have any of that. Even if she didn’t get together with Ryan there wasn’t much of a penalty. I guess her son may have flunked the class but that’s about it so the whole film is revolving around the romance a bit more than usual. The movie keeps that small town vibe that always helps with the atmosphere though.

The fact that Casey has to operate a bakery while being a teacher shows how the income is really limited here. A small town atmosphere is almost like a circle where you figure you should be good if nobody moves out but even a small shift can change a lot. I think I’d enjoy being in a small town as part of a vacation to buy things and have a good time but it’s why I wouldn’t want to live there. It just feels like you’d always be watching your back because you don’t have secure prospects in the future. If someone moves out then the whole local economy would be shaken up. The snacks always look really good though.

Overall, Maggie’s Christmas Miracle is a good film. I’d probably be jaded on Christmas too if everything bad always happened on that date. It would just feel like a very bad coincidence that would suck the fun out of it. Even if it wasn’t the day’s fault per say, it would just be rough. So that helps the film as you understand her issues with Christmas more than some of the other heroines. Things all work out though and if you’re already missing Christmas right now then this is a good film to check out to regain that energy. It’s going to be a long while until we’re back in Christmas season after all.