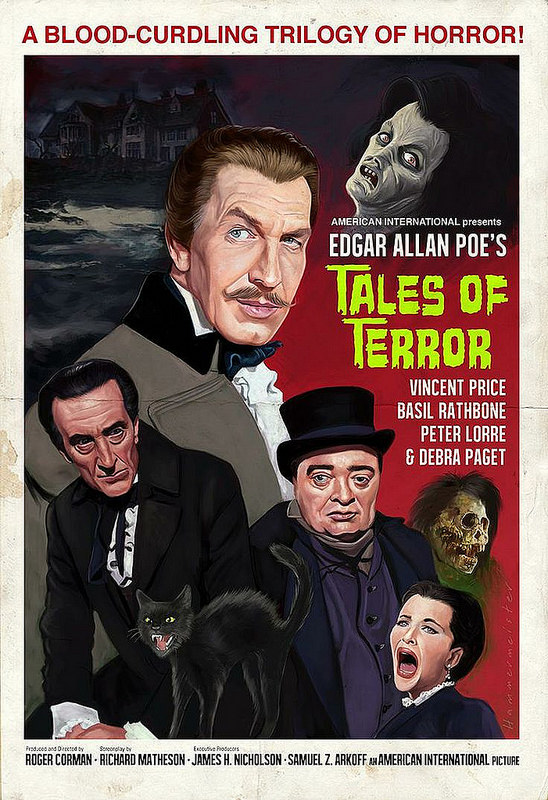 It’s time for a horror anthology. If there are any two words that should strike fear into your heart, it’s those last two words. Horror films don’t have a good track record and the same can and will be said for anthologies. Merging the two results in a lot of opportunities for the film to get ruined. Unfortunately this one is no exception and you’ll find yourself wondering what the point of this film was. The first of the shorts is easily the best one, but that’s not saying a whole lot.

The first segment sees Lenora get home. She has visited her father to guilt trip him one last time before she moves away. He doesn’t want to see her because he blames her for the death of his wife. They argue quite a bit with Lenora constantly explaining how she never should have come here and her father insulting her. Eventually the ghost of her mother wakes up to murder Lenora and then take down the father. They all die together in the mansion. It’s a pretty somber ending to what was overall a somber special. The whole time you just have to wonder why Lenora would possibly want to come over. It’s well known from the start that her father had never even talked to her because he was so upset at what happened in the past so it all came off as rather strange. I couldn’t understand Lenora’s motivation here.

Even worse is the fact that she made sure to come after the last bus had left so she would be stuck there for the night. It’s almost as if she came over purely to start complaining and egging the father on into doing something he might regret. I thought the film was going to have him murder her which would have been super dark so I’m glad they didn’t go that route. It was the best special of the 3, but that’s really not saying much at all.

The 2nd segment is about a drunk guy named Montresor. He is always mean to his wife and cat (Points deducted instantly!) and keeps on stealing money from them. He doesn’t care if they starve as long as he gets his beer. He breaks into a wine testing convention and manages to snag 2nd place. Fortunato doesn’t like being humiliated so he quickly gets together with Montresor’s wife in secret. Montresor finds out and murders them, but luckily the cops come and put him away.

Another rather grim story and one that is completely unenjoyable from start to finish. I don’t want to see the cat getting threatened with murder and being thrown around the whole time. Those scenes are just terrible and the cast puts up with Montresor the whole time. Why isn’t the guy in jail yet? It’s all rather hard to watch as you are tempted to go and rent something a little classier at the special is playing. Sure, they caught Montresor but only after he murdered the two of them. Justice was a little late to say the least. The sad thing is that this wasn’t necessarily the weakest story as the third one also gets a little dicey.

The third story probably has the least intelligent characters of the bunch. An old guy is on his death bed and agreed to let a scientist hypnotize him at the very end. The experiment is to see if the hypnosis can prevent his death for a little while. The scientist quickly launches into his experiment and sure enough, the old man won’t die. Finally the living corpse begs for death, but the scientist merely laughs. Months pass and he is still forcing the corpse to live. So in this time…everyone just allowed that to happen? Geez, some friends.

The main heroine then decides to confront the scientist on her own even though she knows that he is dangerous and criminally insane. Her friend even comes along with his gun to protect her but she tells him to leave and then locks the door. In the most predictable move ever, the scientist then decides that he’ll take her by force and she’s only saved when the corpse wakes up and murders him. That still has to take the cake as one of the worst decisions out there. Why would you knowingly put yourself in such a terrible position. Going 1 on 1 with someone far stronger and confirmed to be dangerous? Clearly this heroine wasn’t very smart and the low quality attempt at creating tension in the film was just pitiful.

Overall, This film was pretty bad. I’m pretty confident now that Edgar Allan Poe’s stories are not nearly as good as you’d suspect from his reputation. I’ve now seen two anthologies based on his stories and they were both pretty dreadful. They’re just not good and while making good horror stories is difficult, it can be done. You just have to construct quality stories with no short cuts or characters making terrible decisions. It shouldn’t be a story about everyone dying just for kicks or to see the spirit slaughter them all. A good story should give the heroes a chance. Sad endings definitely can work as well so long as they have a purpose. This film just didn’t have one and comes across as incredibly mean spirited the whole time. So, like pretty much every other Roger Corman film, you’ll want to skip this one.