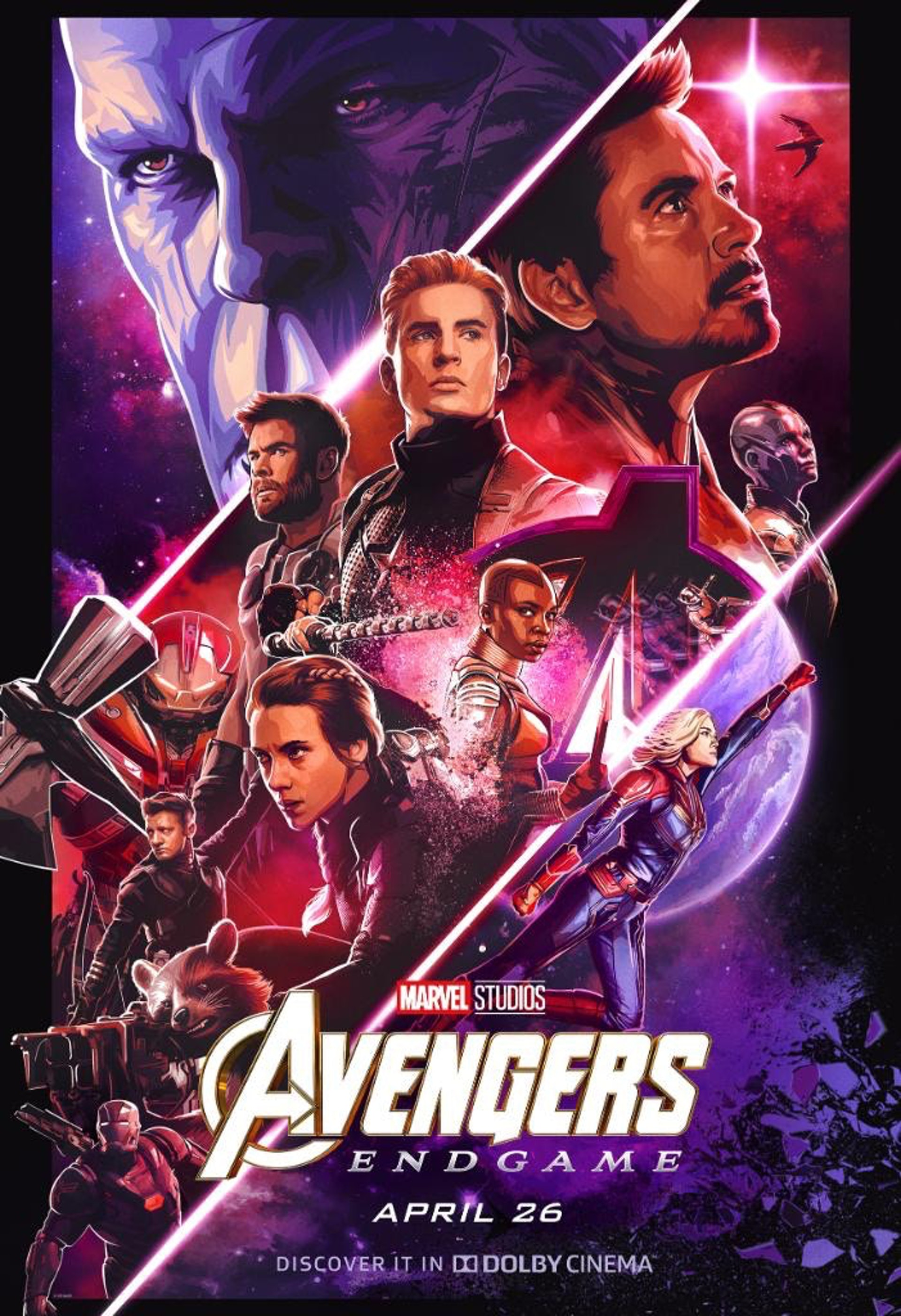 It’s time to look at Endgame. This is the big Marvel film to end the first era so it’s definitely a movie where you wanted to be careful to dodge spoilers. I definitely think it’ll be awful tough for those who are not seeing it in the first week, (especially since even football players are tweeting spoilers) but I suppose if you stay offline you’ve got a decent chance. It’s a very good film while at the same time being a very disappointing one. Infinity War was at the pinnacle of the MCU as it built off of all the old films and turned it into one of the biggest MCU crossovers. Endgame doesn’t make the most of the opportunities it was given.

The basic plot of Endgame picks up where Infinity War left off. Thanos won and showed the world that he was a force to be reckoned with. Now the heroes want to try and undo the damage that he has done, but it won’t be easy and most of them are out of hope. It may be up to Ant-Man to finally give the heroes a fighting chance. He may not be the First Avenger or the Mightiest Avenger, but he’s got one thing that the rest don’t, Hope.

Lets preface this review by remembering that Endgame is one of those rare films that has characters from a bunch of different titles. It would be extremely difficult to make this a bad film which is partially why it’s disappointing. No matter what this was going to be a really fun film with the Avengers finally getting to interact again as a team and all of the other characters running around. As expected the writing is pretty strong here. There’s a lot of good banter between the characters and the dialogue is strong. The characters are mostly all in character and the jokes forced the way that they were in Age of Ultron.

The humor is mainly on point so you’ll be grinning for most of the film. Ant-Man definitely gets most of the stand out scenes both when it comes to humor and just in general. He’s surprisingly my favorite character in the film by quite a bit. He steals pretty much every scene he is in which isn’t easy. He does a good job of reminding the heroes of their roots and isn’t really caught up in the crazy cosmic shenanigans. This allows him to really get a good hold on the situation.

The first scenes of the film are still really epic as you’d expect. These are the parts that are captured in the trailers and was teased at in the end of Captain Marvel. It’s also certainly one of the best scenes in the film. I always like to see Captain Marvel’s confidence and considering her power set it isn’t as if she hasn’t earned it. The films have made it abundantly clear that she is the strongest Avenger. While her screen time is extremely limited she does spend most of it outshining everyone else.

We don’t have any new stand out tunes here, but we do get quite a few of the old songs. The classic Avengers theme pops up numerous times and they also got the old Guardians of the Galaxy song I believe. I think there were a few other retro tunes as well. They all certainly work well in their respective scenes. As always the special effects do not disappoint either. The final battle is definitely amazingly well done and does a good job at making it feel like the largest scale battle in the series. It’s definitely one of the best climaxes in the series even if I may not put it as literal #1. (That’s definitely Infinity War) Again, there’s almost nothing I can say about the climax, but it’s certainly excellent with a lot happening, but good camera work so you’re never having a tough time seeing what you’re supposed to.

Now for what went wrong with the film, well a big part is certainly how Thor was handled. I can’t really go into it without hitting the spoiler territory, but he is actually used as a main source of comedy here. Thor has shown that he is quite adept at good humor in his banter like in Ragnarok, but that’s different from actually being a comic relief character. This film takes him the opposite way. If you liked Thor in any of the films prior to this one there is a good chance that this can take you out of the movie entirely. It’s terrible what they did to him and it’s not an exaggeration to say that it did ruin a good portion of the experience. His scenes were still funny and he kept the banter, but the cost for the jokes was way too high. I dare say that this character arc would have made more sense for the Hulk.

I think fans of Ironman, Captain America, and Hulk will be pleased though. While Hulk doesn’t get as much action as you’d like, he has a reasonable end to his character arc. Both Ironman and Captain America get a lot of stand out scenes as well. Hawkeye’s more than a bit iffy though. I wouldn’t say he looked particularly good here, but Black Widow certainly did so on the whole most of the original members looked solid. Thanos doesn’t get as big a role here as he got in Infinity War for obvious reasons, but he still makes his presence felt.

Overall, Endgame was a lot of fun and this score is definitely a bit harsh. It’s got the quality of an 8, but it just made so many wrong moves that I wouldn’t even want to re-watch it too soon while with the other films I was ready to re-watch it almost immediately. I think it’s the kind of film that I’ll enjoy more over time with re-watches and such, but then again maybe not. I can’t think of a time where a film had such an easy set-up which would be an instant 9 and then threw it away like this one. Endgame sacrifices character development and plot for easy laughs. Its replay value will be considerably lower than the other titles as a result. It’s just not a particularly satisfying conclusion in a lot of ways. I’m keeping this review spoiler free so there’s a whole lot that I couldn’t touch on here hence the short length. I’ve decided to follow up with a spoiler review which will come out within the next few days. It’s the first time I’ll have what is effectively a double review for a film, but I think this is so far the one exception because of how much the marketing kept away. I don’t want to ruin any suspense for those who have not seen it and my spoiler review will be very well tagged so you won’t get spoiled by accident. I certainly still do recommend you check this film out for yourself. There’s a really good chance you’ll like/love the movie, it’ll all just ride on whether or not you like how this all played out. I can definitely see the film being divisive but at the end of the day between Infinity War and Endgame I don’t expect we’ll ever see another comic book crossover quite this large on the big screen. (Not so much in terms of characters, but with significance and the 10+ year build up)