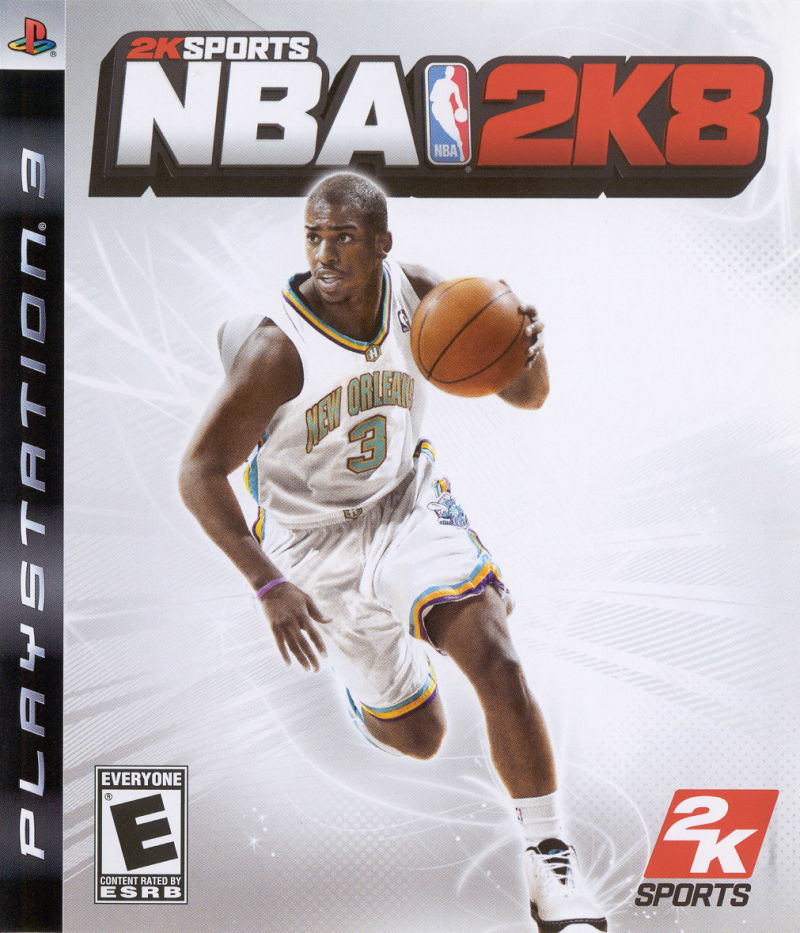 It’s time for the next 2K adventure! Once again this game shows that for some sports the older titles just felt more natural. 2K8 is definitely a lot simpler than a game like 2K15 so it may not capture quite as much of the realism but it’s just a lot of fun. You can run up and try to shoot a basket without having to worry about a ton of variables like in the newer ones. You can just trust in your casual fundamentals and go from there.

As always I did jump into the quick match option and it was probably the most back and forth match in a very long time. At first I had the lead and managed to hold on to it for around the first half of the game. At one point I was winning by as much as 7 points. My 3 point shots just kept landing and it was all going good. Everything changed when the computer remembered that it had the fast break option. Suddenly they scored a bunch of points and I was the one down by 7. I rallied as hard as I could and got the lead back by 1 but then in the final minutes they started scoring again and beat me by about 6. So I did lose the match but it was definitely a lot of fun. It felt more interactive on both sides if anything as I was able to play some good defense and even got steals. Offense was fun as always.

I do think that the timing is a big part of making the shots here as opposed to it mostly being luck based. I was able to land 3 three pointers in a row at one point and I think it’s because I had the right angle. On the other hand, some of the 2 point shots still get a little fishy. They should be easy layups and yet the player will miss anyway. The computer never misses those shots so at that moment I just have to shake my head. Still, as I mentioned the games are just a lot of fun which is the important thing. One day I’ll start winning matches consistently.

Going back to the gameplay for a sec, it all just feels so organic. That sounds pretty vague so I’ll try to elaborate on that. When you start to shoot the ball you’ll see a defender casually reach up to try and block it. He’s not using some kind of secret skill or doing anything out of the ordinary. No, instead he’s just getting up there and getting the job done. When you steal the ball it’ll roll on the court before someone grabs it instead of magically jumping into someone’s hand. A lot of these things may technically be because the game isn’t super refined yet, but I actually like it. It makes the characters feel more human since they actually make mistakes. I also thought that the gameplay was a little more exciting than some of the newer ones although of course this is to a small margin. Technically I thought all of the games were exciting in their own way.

As always there is a lot of extra content to play around with. You can forget about the online options though as those servers have been down for a very long time at this point. Still, you can practice your shooting skills, running around the court, etc. There’s also the legendary franchise mode so you can have endless games as your favorite team. There’s no end to the replay value here as you’d expect since that is basically par for the course for sport titles. The NBA games are very consistent with their modes and that’s a good thing.

Naturally there is less emphasis on the presentation here since the graphics aren’t quite as all star as in the later games. Still, everything that you actually do need to be clear is well defined. You’ll never lose yourself on the court or anything like that. The screen is clear and I didn’t notice any glitches either. As for the soundtrack, it’s pretty standard as expected. These areas are probably the most similar across all the titles, but why fix what isn’t broken right?

Overall, NBA 2K8 is definitely another really solid title. It brings all of the classic Basketball action that you would expect and then some. These games just never get that old although I will admit that I am just about ready for the next sport. I only have 3 more Basketball titles left so I am in the homestretch there. The goal will be to win one of those last 3 games although I guess we’ll see how it goes. If you haven’t bought this game yet then I really don’t see why you would. At this point the players/teams are so outdated compared to the newer titles. i’m sure a bunch of these players are probably even retired by now. Still, it does hold up and since you can buy the game for about a dollar it really is a steal if you think about it.