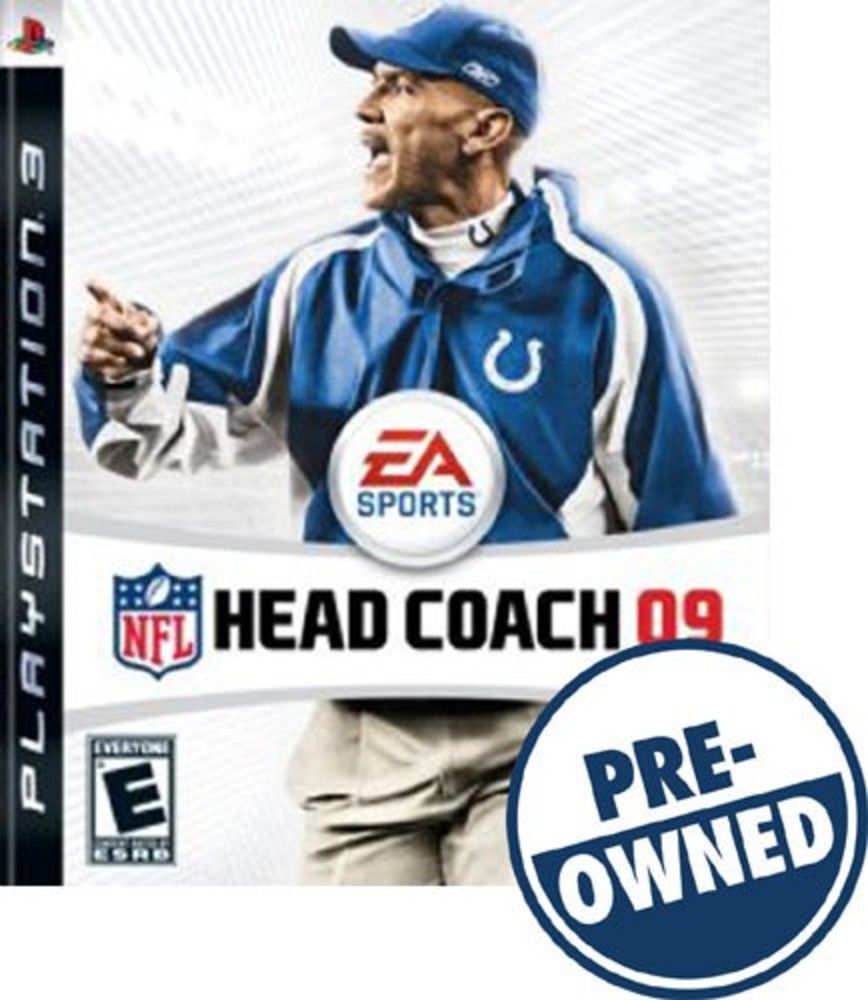 It’s time to take a look at a very different Football game. I’ve always enjoyed the Madden games as well as the 2K versions and pretty much any other football game. Unfortunately Head Coach is the first Football game that I did not enjoy. I would actually have to give this one a negative score because it’s just not any fun. The title is a giveaway so I knew what I was getting myself into. Still, I did expect the developers to do something to spice things up here. It’s really a very straightforward coaching game.

You can jump into a career or a quick game to see what it’s like. I chose the quick game option but there is nothing “quick” about it. One half took about 30-40 minutes and that was pretty surprising. A normal Madden game is way shorter. I believe it’s because this game uses 15 minute quarters like the real sport while Madden typically has 5 minute quarters. I always understood why the games don’t do 15 minute quarters and this game proves it. It makes the games incredibly long and while you may have fun if you’re in the match, being a coach doesn’t offer the same level of immersion. What happens is you get to select the plays before each action.

Then you watch the computers carry out your play. Rinse and repeat as you go through the game. Honestly it’s basically no different than watching two computers play each other and I dare say that it’s worse. Choosing the next play just slows things down. Since you know the A.I. is probably going to mess up your play you’d rather they just take the wheel. I’m sure this gameplay style will have its fans, but I am not one of them. Each play takes so long and you can just pick random plays so you can do this with your eyes close. Ultimately the game seems to heavily rely on luck/RNG so it’s not like your picking does a whole lot.

The graphics aren’t bad. It looks more like PS2 than PS3 so I’m thinking that this game was more low budget compared to the main title. Nothing wrong with that of course, if anything it does add a layer of nostalgia to the title. Even that was not enough to really help the game in the long run though. The presentation isn’t nearly as good as Madden either since we miss out on most of the festivities. You get to have the coach yell out plays and praise/insult the team depending on how things go. This gets old pretty quick though and I’d rather have the announcers yelling out the play by play.

There’s a lot of replay value here technically. You can start a career as a coach and that’ll last you a very long time. It never even really needs to end. At the same time, this is all with the same gameplay style. You’ll likely end up not playing through every game at some point. I got this game for a few bucks in Florida many years ago so it’s not like it cost a whole lot. I’m not sure if I would call it the worst mainstream sport game, but it really could be. Naturally the golf games are also up there and I’m not a fan of some of the newer Baseball titles. I’ll be playing a lot of Baseball soon though so maybe that’ll help my fundamentals.

There’s not a whole lot of other things to do here. You’ve already basically heard the entire gameplay which in a way is pretty scary. There are other things you can do between plays like subbing out players and calling timeouts. That is really the extent of the gameplay though. I was hoping there was a mode where you could become a player, but I suppose that would be an odd choice since it would then become a normal Madden game. Even if I would have liked that as an option I suppose I see why it was not added in. That would have been pretty awesome though.

Overall, NFL Head Coach 09 is probably the most boring game I’ve ever played. It’s not like it has poorly designed levels or puzzles to make the game bad. There’s not really any “bad” features in this title. The only issue I have with it is that the game just isn’t any fun to play. I can’t find any joy in leaving it up to the computers. I feel like the whole point of playing a game is to use my skills to make a difference. What difference am I making if I’m just letting the computers take the reins? There’s a reason why they don’t make Head Coach games anymore and I’m betting that it’s because people got burned out. You can only play this kind of game for so long before you throw in the towel. There is one more Head Coach game for the PS2, but realistically I doubt I will ever play that game. If it turns up for a dollar or two I’d quickly purchase it, but otherwise that’s a no go from me.