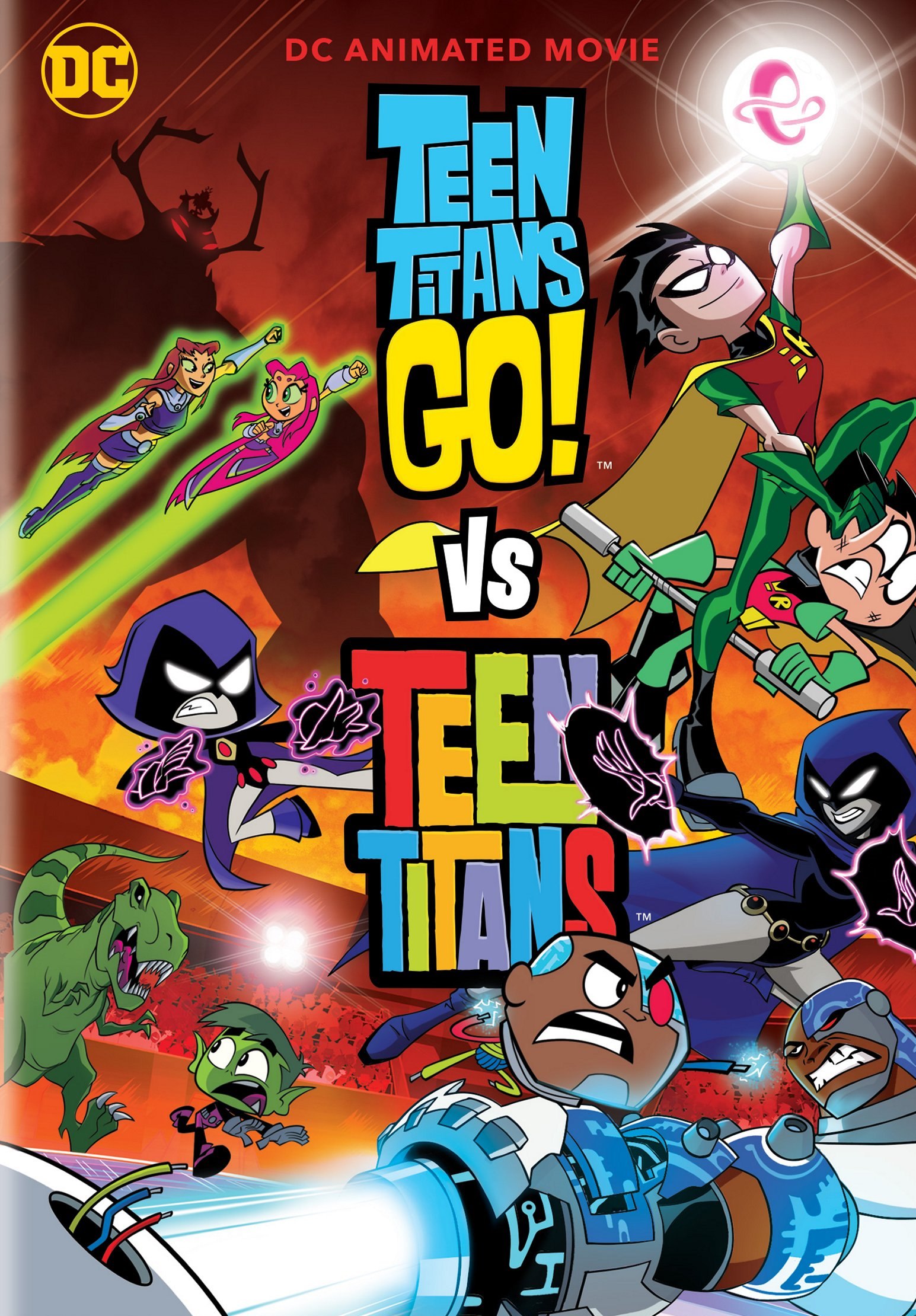 It’s time to look at the most recent Teen Titans Go! movie. This one brings back the classic Teen Titans for a quick crossover event. While the film doesn’t manage to be quite as fun as the first Titans Go movie it’s definitely still a quality film in its own right. You’ve got action, comedy, and a final boss. What else would you even need right? One thing to watch out for is the opening credits makes the interesting decision of spoiling the entire film. It literally goes section by section from start to finish and shows all of the big scenes. It’s a very odd choice.

The movie starts off by showing us that the Teen Titans have still got it as they beat the Gentleman Ghost. People may doubt their abilities, but they shouldn’t because these kids are the real deal. Things get a little hectic when a portal appears and they’re all kidnapped. It turns out that the Master of Games is kidnapping Teen Titans from various universes to make them fight. The Go Titans are eager to start the battle while the modern ones just want to find a way to save their world. It looks like both of them may have to team up, but can the two groups possibly learn to work with each other in time?

Going forward I’m going to call the original Titans the Gen 1 crew and the others will just be referred to normally since they are the main characters here. The Titans act about as well as you’d expect them to. They’re still treated like comic relief because even they acknowledge that they aren’t serious the way that the Gen 1 guys are. They can’t help but constantly be at the center of the gags. The only one who tries to be serious is Robin and even then he is constantly overshadowed by his Gen 1 version. I’ll give him points for effort though and he’s the only Titan who really understands the gravity of the situation. He needs the portal device and he needed a win to secure the team’s confidence. It’s just a shame that he isn’t able to fight quite as well as the others. The other Titans are all on point except for the fact that Starfire was not taking this seriously enough. None of them were all that serious, but at least they tried in the tournament. Starfire was too busy trying to make friends to do much of anything which was disappointing.

As for the Gen 1 crew, it was fun to see them again. Robin and Raven probably get the most to do here. Raven has a lot of experience with the demonic realm so she coaches the kid version on this. Meanwhile Robin is ready to lead the team and he definitely does not like the baby titans. He’s constantly belittling them and when they don’t listen to reason he is quick to put them down. Gen 1 Robin certainly enjoys being the leader and makes sure to stretch things out when possible. After all this is his chance to lead two different teams to victory so you can bet that he is going to milk this as much as he can. It’s just an opportunity that he cannot miss.

The movie moves pretty quickly through the different phases to the climax so it never drags on. I didn’t feel like any of the humor was all that bad either. I would consider this to be one of the stronger Teen Titans Go episodes if it was on TV. The return of Santa Claus was also a lot of fun. It’s always great to see him as an antagonist and he is one of their tougher opponents. Of course taking on a group this large would be difficult even for the greatest of villains.

Then we’ve got more crossover appeal towards the end of the film. If you managed not to see who was included already then I won’t spoil it for you. Needless to say it’s a pretty solid lineup. I would have liked to have seen them all a little more to be honest, but what we got was pretty neat. Imagine if the whole film was the tournament though and we got to see a lot of different verses duke it out. That would have been really cool and then this probably would have beaten the original film. The animation here does look pretty good, but more standard than the first movie. The colors are a little brighter and there is extra detail either way. There’s no super catchy theme like we got in the first film, but I guess it’s hard for Lightning to strike twice.

Where the film really shines is in how absurd the whole thing is. The Go characters are in full parody mode and they just don’t care what the Gen 1 group thinks. They’re here to have fun and nobody’s going to stop them. That straight forward goal really keeps the film going and it’s why you don’t even need the crossover aspect for this to be a success. The group can hold their own as is. If anything I’m just glad that the Gen 1 group weren’t too obnoxious in trying to question the Go characters at every turn. They quickly learned that the Go characters weren’t going to change and just rolled with it.

Overall, Teen Titans Go vs Teen Titans is a fun film. While it’s a versus title there isn’t a lot of action between the two teams. A good chunk of the action scene is just comedy, but to an extent that is to be expected with these guys. It’s probably the only vs title I would give a pass to because of that. Whether you’ll enjoy this film or not is completely dependent on whether or not you enjoy the Go series. If you like the TV show then you’ll like the film and if you don’t like the show then the movie won’t be for you. This basically feels like an extended few episodes and it’s really a movie for the fans. It brings all the best qualities of the show together.