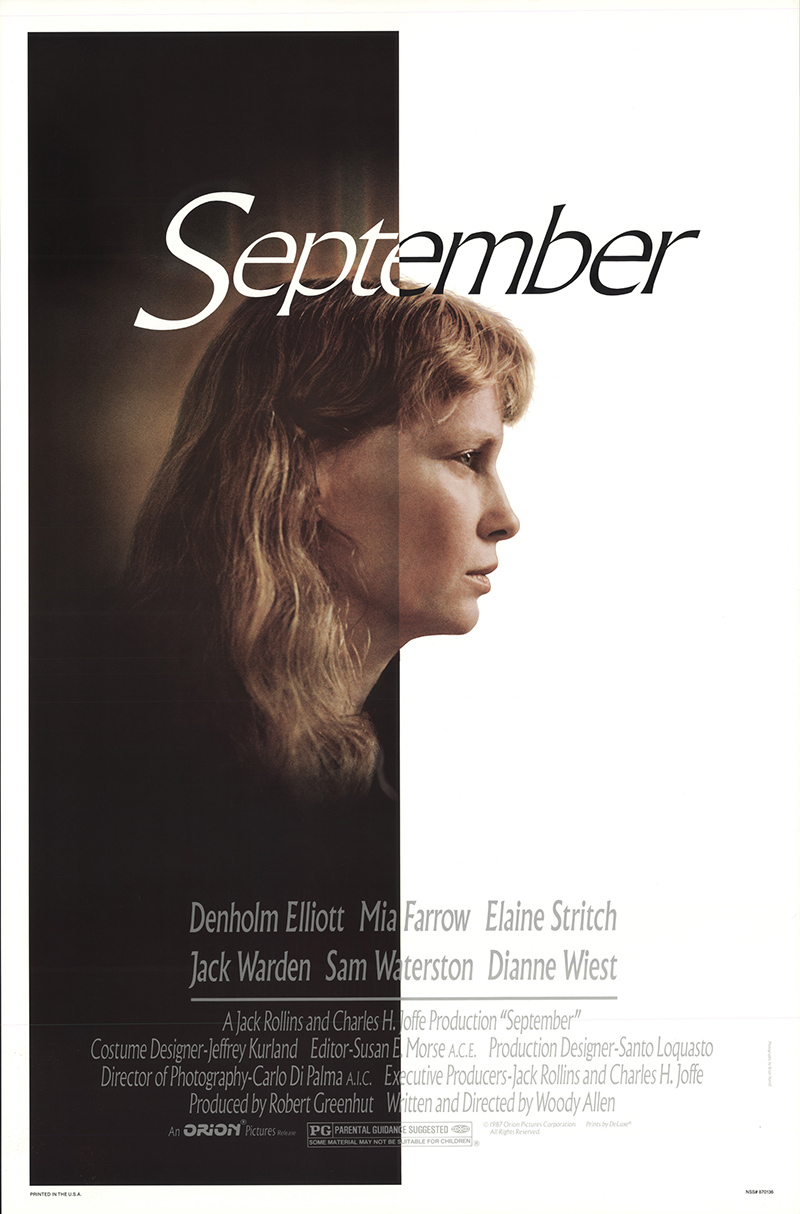 It’s time to look at one of those films that is pretty terrible. The very premise should clue you in to this though so at least it won’t come as any surprise. The whole plot basically revolves around cheating with none of the characters being strong enough to leave the house. That would have been the best way to avoid the drama. It drags on and on so by the time you walk out of the theater (Or more realistically walking out of the TV room since nobody is seeing this in theaters right now) you’ll just be ready for a good meal and to act as if the film never happened.

The film starts with Lane and her friend Stephanie meeting up at Lane’s place. For some reason I thought they were sisters, but they’re just best friends. They’re joined by Lane’s parents Diane and Lloyd as well as a guy named Howard and Lane’s boyfriend Peter. Having this many people around the house definitely ensures that there will be drama, but things get a little worse than that. Peter decides that he wants to start going out with Stephanie even though she is currently married. Howard wants to be with Lane, but that plot is so pointless that the film doesn’t care about it either so it gets almost no screen time. Meanwhile Diane just wants to have her book written but everyone is too selfish to help her out with it. What cane Lane do about all of this?

Whenever a movie is all about cheating it’s just not going to be good. The whole premise is pretty mean spirited and none of the characters are good. Stephanie is pretty guilty for even giving Peter a moment of her time. She claims that she was trying to get him to notice her for a while so she started the whole thing even though she’s married. That’s already a pretty big strike against her character. There are some things you just don’t do and trying to have an affair once you are taken is a big one. She also gets pretty defensive at Lane afterwards for this even though she is the one in the wrong. It’s a common reaction and one that doesn’t help her case.

Meanwhile we have Peter who is also terrible. Whether he was encouraged or not it doesn’t change the fact that he knows Stephanie already has a man as well. He is also quick to ditch Lane and blames it on being overly emotional. That’s not even remotely a good excuse and short of being mind controlled I can’t think of any that would have saved him either way. The guy is just quick to use people.

Then there is Lane and she’s not a good lead either. For starters she is never around and doesn’t try to confront Peter all that much. She’s too cautious and keeps her emotions grounded which doesn’t let her face up to what is happening right under her nose. She doesn’t handle any of the situations in the film well. Her hand in life is definitely a tough one here since nothing goes her way, but it would have been nice if she could have done something earlier.

Diane is the most enjoyable character in the film although she still makes mistakes of her own. Her decision to move back into the house when Lane was going to sell it was pretty selfish. It was probably the only time in the film where she appeared to be super unreasonable. Her decision to have a book made isn’t quite so bad because it is still her life. At the end of the day if she wants her story to be told then I don’t really think the other characters can object all that much. Also lets face it, Peter wasn’t going to finish his novel anyway.

Then there’s Howard, but there’s still nothing to say about him. He is pointless in the film as his plot gets the least amount of screen time and it doesn’t amount to anything. He’s way too old for anyone to be going with him here and he seems to realize that as he just walks out pretty silently. If the other characters could have just walked out like that rather than sticking around then maybe the film would have ended up with a happier ending. As it stands I can’t see the group getting together for a nice dinner anytime soon. The whole business probably left them pretty sore with each other.

Beyond the fact that the plot is lousy with a terrible cast of characters, the film is also pretty boring. It all takes place in one setting at the house so there is no variety. The plot is small enough for a 30 minute special so it has to be stretched out quite a lot with random plots to be a full movie. Nothing eventful happens here and you’d probably learn more just watching the news for a little while. The film makers weren’t able to succeed in getting any kind of emotion from the audience with the scenes found here. It’s all just darkly lit possibly in the hopes of saving on the budget.

Another part of the problem is really how half heartedly the characters resist making the wrong choices. If they were villains then at least you’d expect them to travel down these dark roads without remorse. By half heartedly saying that they won’t do this thing and then cheat a few minutes later it makes the characters look even worse. They couldn’t have been very serious if the situation would flip so suddenly. The only sympathetic characters here are the ones trying to buy the house and after the way they were treated I’d be surprised if they still wanted to make the sale.

Overall, September is definitely a pretty terrible film. Whenever the main characters are involved in an affair like this it’s just not going to go well. It’s a pretty big betrayal to say the least and with none of the characters getting a satisfying ending except possibly for Diane you can’t end the movie on a high note either. There’s nothing particularly positive about this film so I’d suggest staying as far away as possible. Hopefully if they make a film called October someday it will be a lot more impressive.