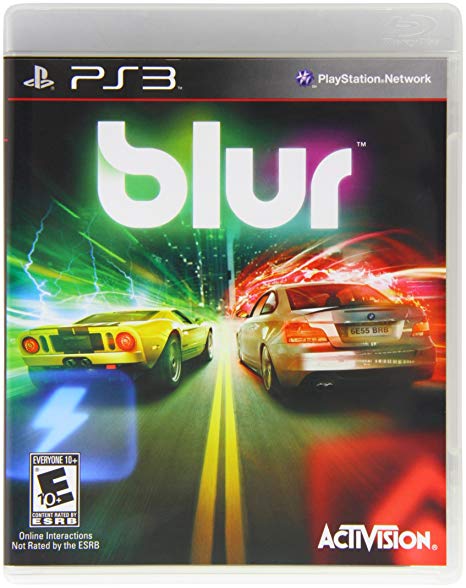 It’s time to look at a racing game that made a lot of noise back in the day. There aren’t a whole lot of item based racing games and even fewer ones that go for a realistic angle. The only other one going on at the time was probably Wipeout. This game had been on my radar for a very long time so now was a good opportunity to finally pick it up. It’s a pretty fun game and having a straight forward arcade mode is nostalgic but I do feel like the game was missing something.

The main mode is the career and what happens here is you start off with the first chapter available. Each chapter has 6 races and if you complete extra objectives during these levels you will unlock the boss level at the end with an opportunity to unlock your opponent’s car. Each level has up to 7 stars that you can earn with 3 being the minimum that you need in order to clear the level. These stars are important because they are how you unlock the next chapters.

By the end of the game I got a little over half of the stars and unlocked all but the final chapter. It’s usually not too difficult to get up to 5 stars in a level but going beyond that is definitely a challenge. The game really wants you to ace the levels in order to unlock the final chapter. The star requirements are surprisingly high. Most likely you will need to replay levels a bit if you want to get to the end.

There are a few different gameplay styles to be found here. The one you will see the most is definitely the racing levels. These play out pretty much as you would expect with the goal being to get to the end of the level first. Along the way you will see the mini challenges. Some of these are “fan challenges” which are little icons that will give you an item and 40 seconds in which to use it properly. Then you’ve got the gates and the objective here is to go through them all in time. These give you a star for completion so do your best to clear them all.

As I mentioned earlier there are also items in this game so you will want to take those into account. There are a few basic items. First you have the booster which is self explanatory. Then you have the land mine which you can place behind you or fire in front at short range. It’s a pretty handy item and one of the best in the game. Of course you also have the energy blast weapon or the mini energy gun that can fire 3 times. The wrench item heals you back to full health which I think is a little excessive but it does make this the most valuable item in the game. There are certainly other items to be found but those are the main ones.

Other modes include Checkpoint which is really just a race with yourself as you try to get to the end of the level. These levels can be a little tricky to get the main 5 stars in, you will sometimes want to go for the booster instead of the clock if it’s more of a direct route to the goal. Then there is Knockout where the goal is to take down as many others cars as possible. There is no end to the level so you keep blasting cars until the timer runs out.

The graphics here are pretty solid. The levels have a lot of variety and the cars look great. There is a decent amount of customization like changing the color of the car without it being overwhelming. The soundtrack isn’t really anything to write home about but it supplements the game well enough. This game can be fairly long depending on how many tries it takes you to unlock the final chapter. That’s the thing with racing games, especially ones with items. In the end you just have to get really good at the fundamentals and hope no big item slams you in the end because it’s not like you can spend time farming enemies to get stronger. You do get fans win or lose which unlocks new cars so eventually you will get a car that gives you more of an edge which will be handy.

The campaign is fairly long on its own and the game has a lot of replay value through the PS3 trophies you can earn as well as the multiplayer option. You definitely don’t have to worry about not having enough content for your purchase. In general racing games have levels that can feel a little long since you’re so focused on the road and the other cars so as it is you’ll likely need to take quite a few breaks along the way. This is not the kind of game you can beat overnight in one shot unless you’re some kind of racing prodigy.

Overall, Blur is definitely a fun game. The items work out pretty well and the graphics hold up to this day. The level designs are solid and there are a lot of cars to choose from. I would definitely recommend it if you are looking for a quick car game to play and don’t mind having the items to look out for. I tend to prefer the racing games without items but I still enjoy both kinds. Racing games in general are just pretty fun and this one is going for cheap now so it’ll be hard to get a better price than what it’s at. This is your chance to snag it.