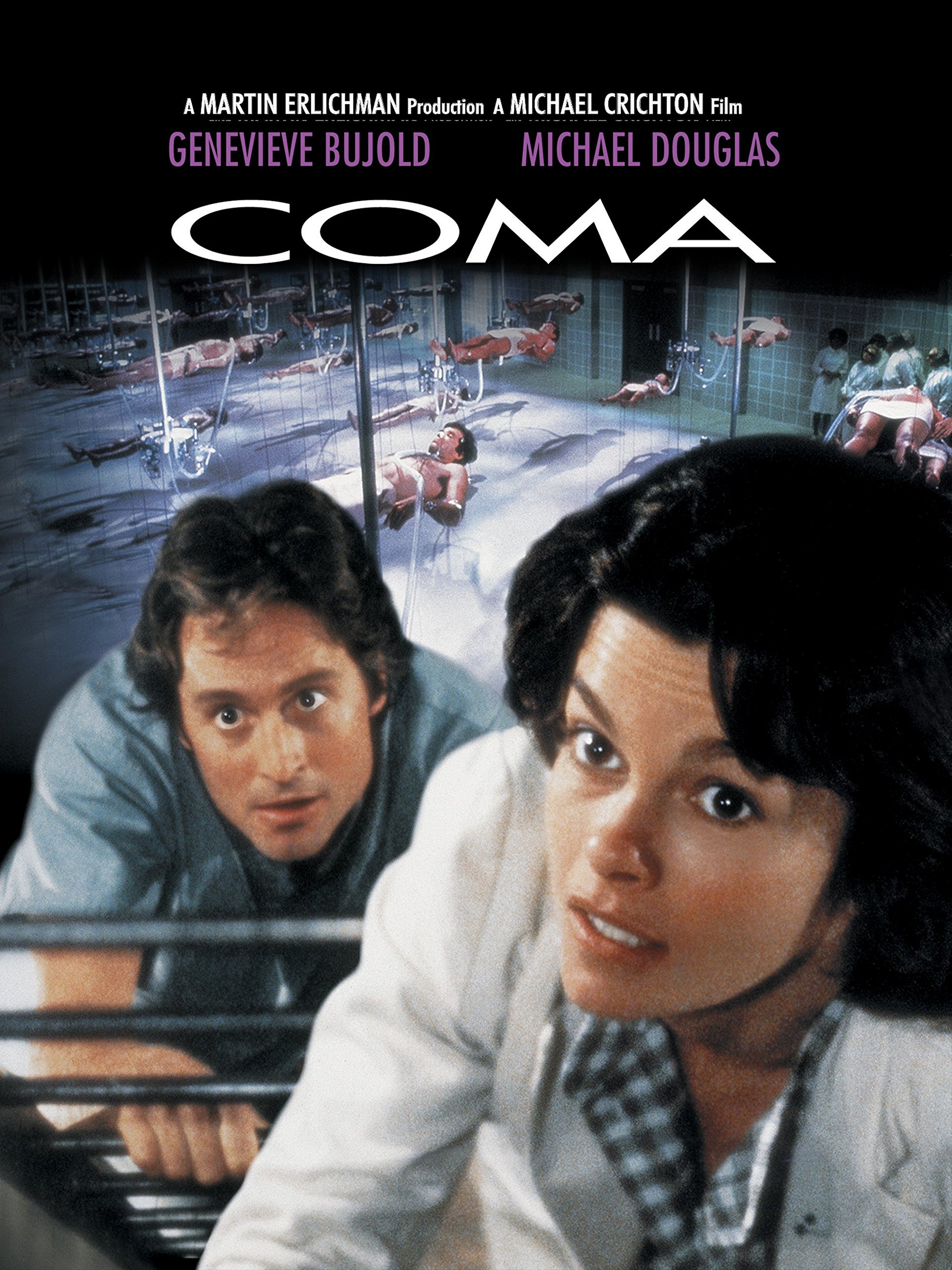 It’s time for an old school thriller dealing with a massive conspiracy. Conspiracy films like this are always pretty interesting because even though you know the heroes are most likely doomed you want to judge how realistic it is. Conspiracies have and continue to happen in real life. Not everything is a conspiracy though as much as it may seem like that if you stay online long enough. Conspiracy films have to feel at least a little believable and I have to say that this one passes the bill here. You could see this happening to an extent, the fact that it came out in the 70s helps a lot since there would be less cameras and such back then to actually be double checking everything.

The film starts with Dr. Susan working in the surgical wing of a big hospital. She is one of the place’s best workers and always gives each task her 100% effort. It has paid off quite well for her, but one day her best friend dies during what was supposed to be a normal operation. Everything in the chart looks perfectly normal so Susan is disturbed, but the doctors tell her that it was just a freak accident. This doesn’t calm her down and her boyfriend Mark, who is also a surgeon at the hospital, does not seem to believe her. As Susan tries to dip deeper into this she notices a lot of other identical cases and now there is an assassin trying to hunt her down. Who knows the truth about it and who can Susan trust? She’ll have to think about all of this very carefully.

This film is definitely a thriller and does a good job of it. You’ve got a nice heavy atmosphere from the jump with danger seemingly around every corner. You never really feel like Susan is all that safe because the people in the hospital know where she lives thanks to employment records and she still does have to show up to work or she’ll lose her job. She could move out of town, but running away isn’t in Susan’s playbook. She wants to solve this case no matter the danger. Fortunately Susan is a lot smarter and more resourceful than a lot of main characters. She’s always careful not to trust people too much.

Susan also doesn’t let her emotions get the better of her when her friend dies. She keeps a level head throughout and the only times she goes down is when she literally faints of exhaustion. By and large she is careful not to fall for any traps. You do have to wonder how Susan and Mark are together though because they don’t seem to get along at all throughout the whole movie. Even before the conspiracy they were having a lot of issues.

Mark doesn’t seem to believe Susan for most of the film. In his defense her story does seem far fetched and he still does help her out a lot of the time. Eventually he just starts to get in a little out of his depth and he also wants the big manager position so he has to try and keep her out of trouble in the meantime. Ultimately in the end he does make the right decision so that was good. The film’s ending is a lot better than I expected it to be. It still has that dark vibe where you don’t know who is safe, but it’s a lot less futile than others I’ve seen in this genre. The film lets you interpret everything however you’d like in the end. The two cops who were hanging around at the end? Maybe they’re legitimate cops or they could be silencers from “the company.” Both scenarios can be supported so you just have to decide what you think. Personally I definitely think it’s the latter.

So this sounds like a pretty great movie right? Well, it’s certainly very engaging, but it’s ultimately a film that wasn’t really going to get a very high score. The main reason for this is the various hospital scenes we get. We do get a lot of surgical operation moments which can be pretty grimacing. I’ve never been a fan of these kinds of things and while it may be a little unavoidable in a film that takes place in a hospital, it’s still hard to get around. There are a ton of these scenes and so they’re pretty violent even if it’s not in a combat scenario. It’s also pretty grim how they’re murdering all of these patients who are sedated.

We get to see one location with a lot of bodies in the middle of the film. It’s definitely a suspicious place with how it’s totally abandoned and nobody finds out about all the bodies there until Susan strolls through. It’s all a bit disturbing since everyone is naked of course and are being kept stable by some sci-fi robotic contraption. By this point in the film we’re definitely all the way inside the conspiracy. Money was always going to be at the root of something like this. Why do a conspiracy unless it’s going to make you rich right?

The romance in the film is a bit on the weak side. As I mentioned the pairing of Susan and Mark doesn’t really give itself time to make sense. We only have a quick beach adventure with them for the most part though. Usually the film is too busy with the thriller aspects to worry about the drama and I think that’s definitely a smart move. The action scenes are pretty solid here. You have the assassin going around bumping everyone off and he’s always one step behind Susan. When they’re playing cat and mouse it’s pretty tense as you wonder which room to pick. I always thought it’s an interesting backdrop to be in a big building because you could potentially pick the right door and the guy would never find you. On the other hand if you pick the wrong one then you’ve just boxed yourself in. There are pros and cons to switching rooms around.

Due to the nature of the film I can’t talk about the film’s story much further because a lot of the intrigue comes from going in blind. You want to start connecting the dots yourself while examining everything closely. Everyone and everything deserves a second look in this kind of movie because you just don’t know what’s going to happen next. It also reminds me why I’m glad I don’t work the midnight shift because I would probably start seeing ghosts everywhere. Give me the afternoon sun anytime!

Overall, Coma is a very interesting film. Films about conspiracies like this are almost guaranteed to be engaging and you should be at the edge of your seat throughout. You will need to have a high tolerance for looking at medical situations though as surgeries are being performed while the movie is on. If you can get past that then you should enjoy this film. While the film’s apparently PG please keep in mind that you’ll want to see a TV version which censors the naked bodies that show up in the second half of the film. Otherwise that could get a little dicey for viewers. So based on all of this you should be ready to make the decision on if you’re seeing the film or not.