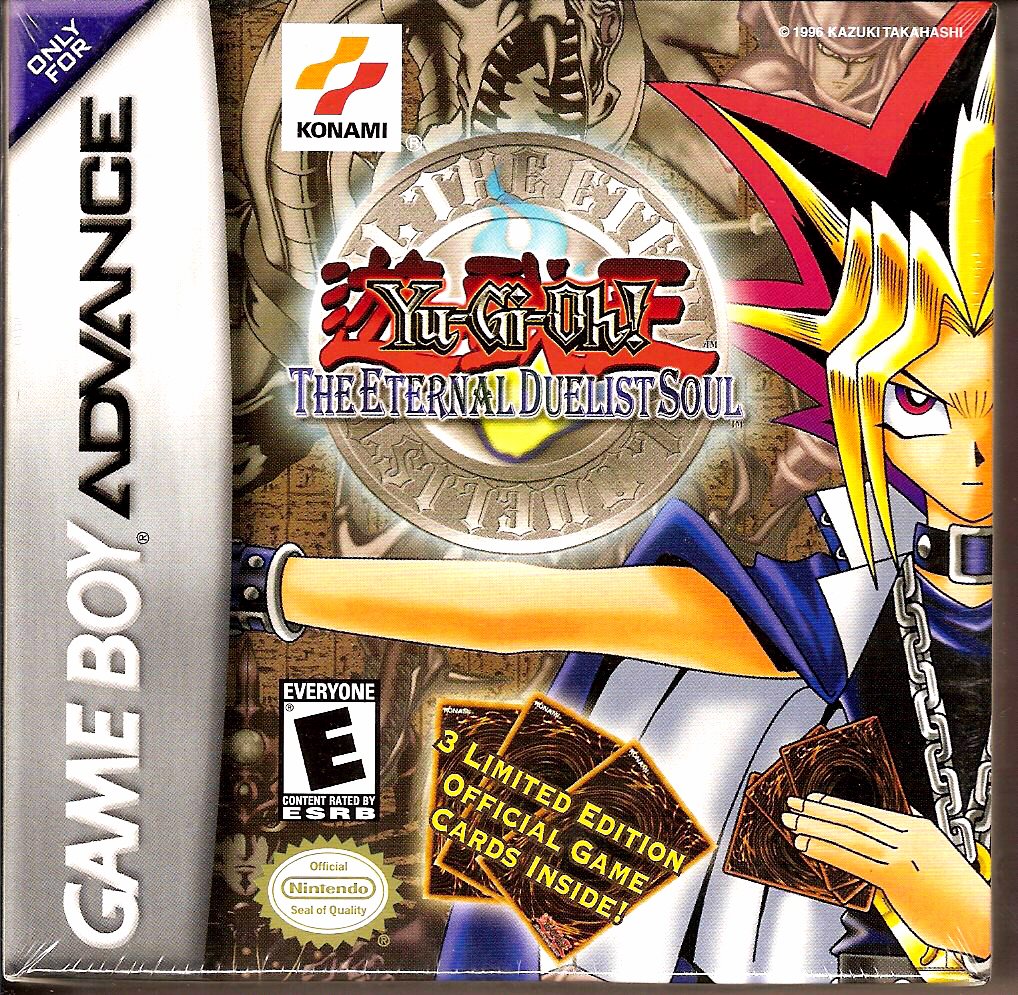 It’s time to take a look at a GBA Yugioh game that I’m pretty sure I played back in the day. I remember going through tons of duels and really getting to master the strategies of taking them all on. The data even reset, but it’s been a long time so I went through the full first tier before doing this review. The game holds up quite well. What keeps it from being one of the definitive World Championship titles is the fact that the loading times are a little on the slow side compared to the others. You can hold B to speed things up, but then it’ll skip your chance to use trap cards which is risky. The game also constantly asks if you want to use the cards in your hand which is a little overdone.

There isn’t a plot in this game. How it works is you go to the campaign mode. There are 5 duelists you can challenge. Once you beat all 5 of them twice then you unlock the next 5 duelists. Beat all of them 3 times and you unlock tier 3. Rinse and repeat through the 5 tiers. So you can expect to get quite a lot of duels in. The duelist in Tier 1 are basically a cakewalk and you shouldn’t have a problem, but as you go through the tiers the difficulty level certainly spikes up. You’ll definitely need to re-tool your deck quite a bit as you go on and will have to hope for good cards through RNG. You get around 6-7 new ones every time you score a win.

Your starter deck is already quite nice though. You get a Monster Reborn card which is still one of the best in the whole franchise. You’ve also got Raigeki which destroys all opponent monsters, Trap Hole which destroys a new monster who has been summoned, Mystical Space Typhoon which blows up a spell or trap card on the opponent’s side of the field, etc. Your deck is quite loaded with the only weak point being the monsters as most of those are intentionally pretty weak. If you get your Summoned Skull onto the field you will be in good shape though. It’s a long process but by the end of the game your deck will be quite formidable indeed. In my experience the best thing to do is to always arm yourself with a ton of spells and trap cards. Those will really help the monsters out. The strongest monsters won’t do much if the opponent is constantly destroying them with effects after all.

The graphics are nice and fit the game pretty well. The UI is on point and everything is pretty streamlined. You can always tell what is happening even if there are minimal effects in the actual game. You don’t really need to be flashy in Yugioh because the gameplay is strong enough to stand up on its own. That being said, it is fun when the games go a bit extra in that like with Tag Force. Those games are really awesome in part because of how flashy they are. this game isn’t quite going to be in the same league. The soundtrack is also a bit on the dull side. You’ll want to put on some background music while playing this one to shake things up a bit.

There’s a lot of play time you’ll need to put into this game so you don’t have to worry about a lack of content. By the time you’ve beaten all of the duelist a number of times in order to unlock the next tier you’ll probably have played this game for 15-20 hours. When you put that into perspective then playing the 5 or so dollars to buy the game is a steal. Yugioh really had a ton of GBA games to the point where they are all dirt cheap to buy at this point. In comparison it feels like they don’t really make a lot of them anymore. That makes sense though because we have the mobile game now so there isn’t a lot of reason to make more of them. The mobile game has everything you could really hope for in a Yugioh title. That one has a ton of content to explore.

Overall, Yugioh The Eternal Duelist Soul is a really fun game. It’s a bit bare bones next to a lot of the other titles in the series, but if you judge the title on its own then it’s as good a game as you can hope for. I expect you’ll have a lot of fun here so long as you enjoy the Yugioh series in general. At the end of the day the actual card game has always been a lot of fun and I don’t really expect that to change anytime soon. Especially the original days where you don’t have to worry about too many combos. Synchro Summoning is about as complex as I get in my dueling strategies, anything past that I don’t really tend to include in my decks.