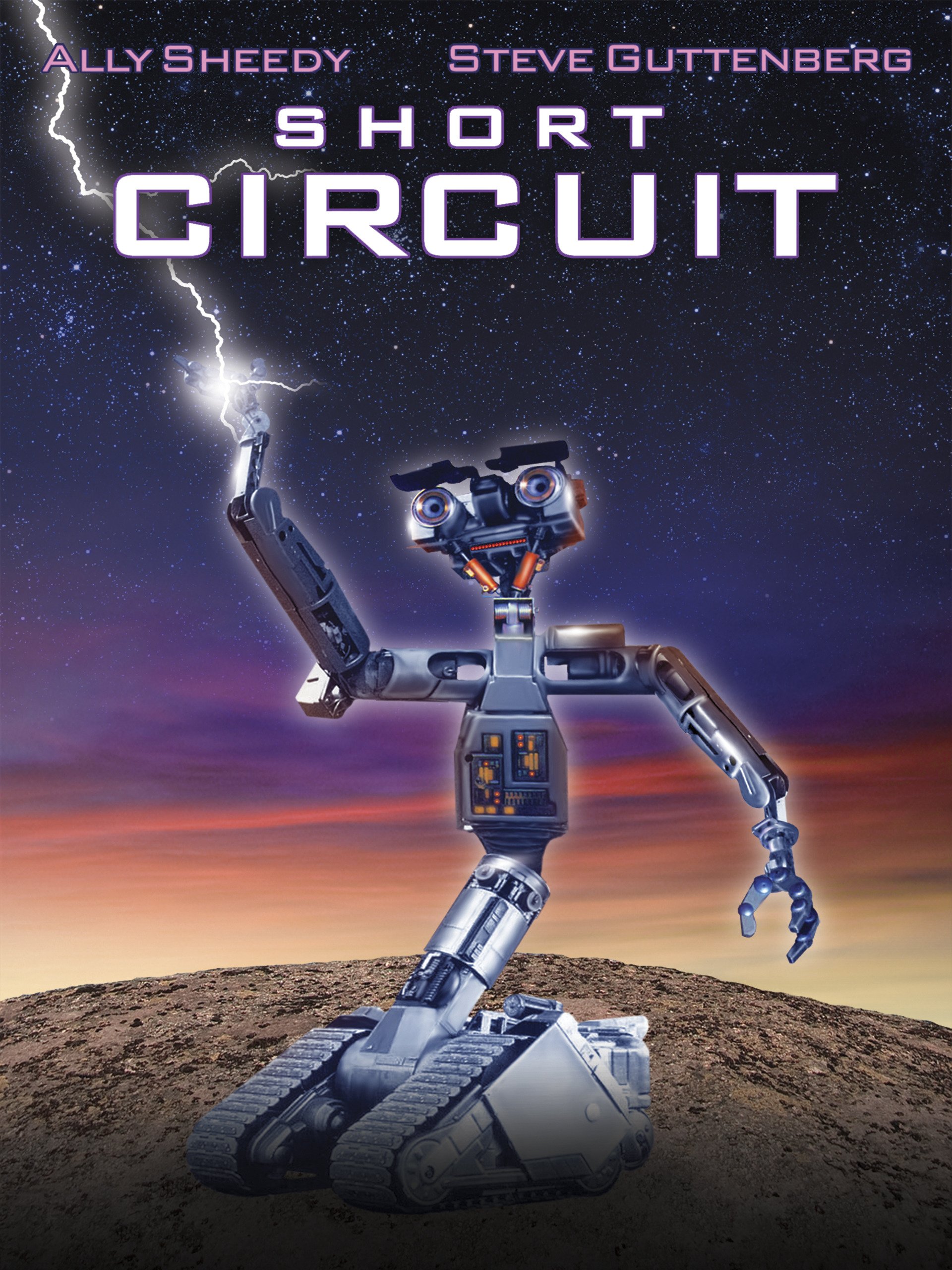 It’s time to look at a film from a while back that I only began hearing about recently. Apparently it was a pretty big film back in the day. It’s a nice enough story and was more enjoyable than E.T. although I wouldn’t call it the most exciting flick out there. You should be reasonably entertained throughout the adventure although you’ll be shaking your head at how the characters keep making the worst decisions they can think of.

The film starts by showing off the robots through an exhibition to the army. These guys can take down opposing armies and seem to have quite a lot of potential. Unfortunately one of them becomes sentient and decides to live his own life. In the next film he’ll be known as Johnny so I may as well call him that here. Johnny meets up with a girl named Stephanie who believes he is an alien. Eventually she learns the truth and must now decide if she will help keep him safe or if she will deliver him to the feds. Can she trust them not to murder the poor guy?

Naturally in a film like this it will likely depend at least on part whether or not you think he is truly sentient. Would turning Johnny off really be the equivalent of murder? It gets pretty philosophical. Right now I don’t believe we are at the point where a robot could get sentient, but hypothetically if it was possible then naturally destroying a robot would still be the wrong thing to do. Here we have Johnny literally begging for his life so Stephanie is right in trying to keep him safe. That being said, she really doesn’t do a good job of it and gets them into a lot of sticky situations.

Johnny isn’t really my kind of character because he just doesn’t know enough about human culture. A good chunk of the film is him making a mess of Stephanie’s life and constantly missing the point. He ends up helping out more towards the end of the film as he kidnaps one of the villains and saves Stephanie’s life, but it takes him a long while to get to that point. He’s better than E.T. because that isn’t all that hard to be honest but I can’t really give him a lot more credit than that. In the end he can barely hold his own in a fight and usually has to rely on gimmicks despite having some pretty good armaments. That tells me that he still needs to work on his battle strategies.

As for Stephanie, she was trying a little too hard to be quirky. She wasn’t one of the more engaging main characters out there. She means well of course, but that’s not enough on its own. She does beat some of the other characters though. Ben is one of the scientists trying to locate Johnny and he’s easily the worst character in the film. The film takes the trope of the scientists not knowing much about human culture way too far. Almost all of his lines are pretty terrible and he’s really just good at ruining genuinely wholesome moments. He is a little better in the sequel but was written really terribly here.

Newton is the character who should be more reasonable. He’s a scientist who built his robot a little too well and Stephanie has to convince him that Johnny’s change is real. This is all well and good except that Newton is way too stubborn about the whole thing. It takes him an eternity to get with the program and his romance subplot with Stephanie is about as rushed as you could possibly imagine. Newton had potential to be a good character and has some decent scenes, but they weren’t nearly good enough.

The standout character here was actually Howard. He easily has the best scene in the film as he surprises everyone by whipping out a gun when the heroes were heading for the getaway car. It showed that he still had his old agent skills at the ready even though he no longer works in the field. That’s the kind of boss you want to have. He commanded respect and I would have liked to have sen more of him. He was also quick to fire another member for disobeying orders later on which is the right step. You can’t properly lead if you have someone undermining your authority.

The action scenes when they occur are pretty good. It was nice to see Johnny take down the other robots. They may be a bit clunky so the fights aren’t super big or anything, but they’re still solid all the same. While the film’s humor is usually missing the mark, it does have some solid scenes. The writing is pretty bad so the movie couldn’t deliver as well as it might have wanted. Short Circuit is an interesting title in that sense as I wouldn’t call it a bad film but it makes enough mistakes where I can’t call it a very good film either. That’s why it is square in the middle. It does enough right to hang in there.

Overall, Short Circuit is not the best film I’ve seen, but it will keep you entertained from start to finish. Think of it as a good film to watch once, but you won’t need to check it out again. If you like a wholesome story about a robot learning how to make friends then this is the one for you. It can get a little cheesy and the characters are pretty weak, but the core concept isn’t all that bad. It’s almost like Terminator except the robots simply aren’t a true threat at the moment. They hype up Johnny’s laser at the beginning but it never truly becomes all that powerful if you ask me. He still takes a lot of losses as the film goes on.