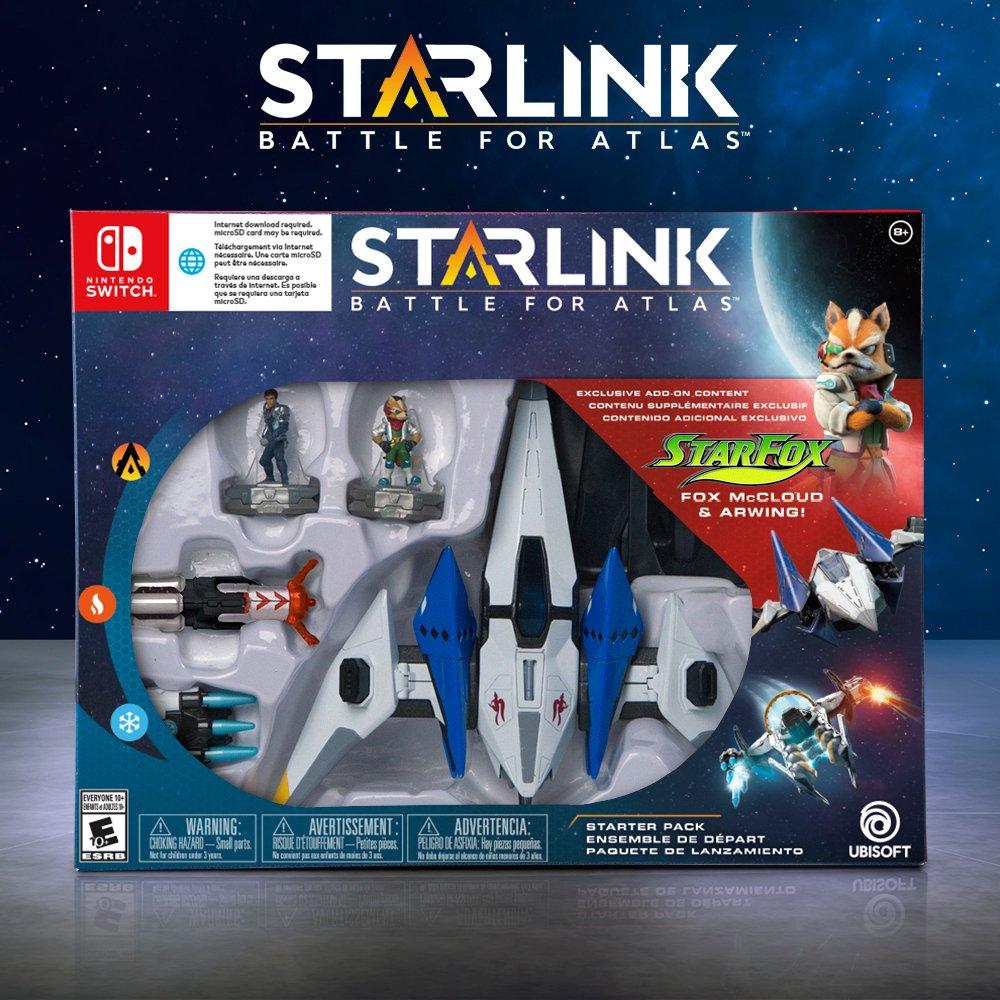 Now it’s time to look at a game that I technically got a long time ago but didn’t get to play until recently. Part of the reason for the delay is because my Switch didn’t have enough space so I had to buy an SD card in order to correct that. I got the SD card for my Birthday so now it was time to check it out. I still can’t believe Best Buy was selling this game for only 5 bucks. Considering that it brings a whole figure as well that’s pretty crazy. I didn’t get to use the Arwing controller since the Joy Cons are busted but it was still cool to look at.

Star Links starts you off with a mission as the team is fighting off some aliens. The commander gets captured by the mighty Grax and so now the team must try to rescue him and save the universe in the process. Are they really up to the task without their leader? The crew isn’t exactly the well oiled machine you’d expect from most other sci-fi teams but if they can put their differences behind them then they will be unstoppable. Also they’ve got the legendary Star Fox team behind them. I can’t imagine playing this game without Fox to be honest, he’s just too awesome of a lead and talks tough the whole game. When someone asks him the whole “are you sure Fox?” He responds “I’m always sure” which is a really excellent response to that question.

The gameplay is that of a 3D shooter where you take to the sky in some levels and stay on the ground in others. I haven’t seen many games utilize both features like this since Star Fox Assault. This is also a good place to note that Star Links is the Star Fox game I’ve been wanting. It’s much better than Star Fox Zero and the controls/gameplay are better. Aside from Assault it blows the other Star Fox games out of the water. Back to the gameplay. You can equip two weapons at a time. The Arwing normal lasers are very good so I highly recommend keeping one of them active at all times and using the ice cannon on the other side of the ship. The ice blast locks in on an opponent which is handy and t seems like almost every enemy has fire type opponents so the ice blast is super effective. The fire blast is a straight shot and rarely ends up doing much. Definitely use it if you’re on an ice planet but otherwise the ice gun is the way to go.

Those are the only 4 guns you get in the game since the rest you have to unlock via the Eshop. I’ve never seen paid dlc in a space shooter game like this before although I’ve seen it done with characters like in Star Wars Battlefront II. The same goes for any extra ships beyond the main two and fighters. I wonder if all of these dlc items ever even came out. I imagine this would certainly make the game a lot easier since you get to respawn every time you have another ship available. More guns would have been cool for variety though. I did like the initial ones but having more options is never a bad thing especially as the game encourages you to use a stasis weapon for many levels even when they don’t give you one.

I think what really makes the gameplay work so well is how in control you feel the whole time. You can move very quickly throughout the land and in the air. You can use evasive maneuvers with the boosting option and you’ve even got a cool shovel to block attacks with although it runs out of energy really quickly. The game uses a proper open world system so you always have the option to quickly beat a hasty retreat away from the fight to recover your energy. Your energy recovers pretty quick so if you stay out of the action for a few seconds you will be okay.

There are also a lot of upgrades to be found here. You can upgrade your pilot to learn some skills or you can upgrade your ship and weapons. As you progress through the game you will notice yourself getting stronger so the game’s progression is pretty good. As a result the game should be pretty challenging for most of the campaign. The final planet in particular was very challenging and even more so than the climax of bosses. (Since when respawning during the final boss he wouldn’t regain health from previous phases) Defeating the tower took a whole even with my ally boost skill. You really have to mix in some good tactics and evasive maneuvers. The game always felt fair though, this is a title that I didn’t mind having to restart some fights.

One mild complaint I would have with the game is the planet ally gimmick. As you land on planets you have to try and defeat the various villain bases so you can 100% control the planet with your allies. Building bases and defense areas will help you keep control. What I don’t like is if you leave a planet for a whole you lose control so it can be a bit endless. I’d say that once you beat a planet you shouldn’t have to keep going back to save it. Fortunately the game doesn’t make this mandatory in the slightest so it’s not something that will really hurt the experience. This is how such gimmicks should always be. If they’re not mandatory then I really don’t have a problem with them.

The main campaign should take you around 10-15 hours. After that you have a lot of options on what to do next. You can go around liberating planets, filling up your database, or completing the side quest missions. Either way completing everything will probably take you closer to 20-25 hours by the time all is said and done. Replay value is not a problem for this game. The graphics are pretty top notch and hold their own with any game at least where gameplay is concerned. I have to admit that the cutscenes do see a noticeable drop in quality compared to the gameplay which is a little odd since it’s usually reversed. As for the soundtrack, it’s pretty small but the tunes are good. There are a lot of high energy themes to be found here which work well with the gameplay.

Overall, Starlink is a very good game and also a challenging one. You won’t be running through these levels unless you have some kind of a plan. It’s one of the best sci-fi shooters that I’ve played. There’s just so much to do in this game and the graphics hold up. The story isn’t the most original out there so it probably won’t leave much of an impact on you, but I wouldn’t call it bad either. It goes through the motions and at the very least you have team Star Fox here to carry things. Without them it would probably be a bit of a tougher road for sure. If you’re going to get Starlink then I highly advise getting it for the Switch. You may not be able to find it for 5 bucks anymore, but I’m sure the price will still be quite reasonable.