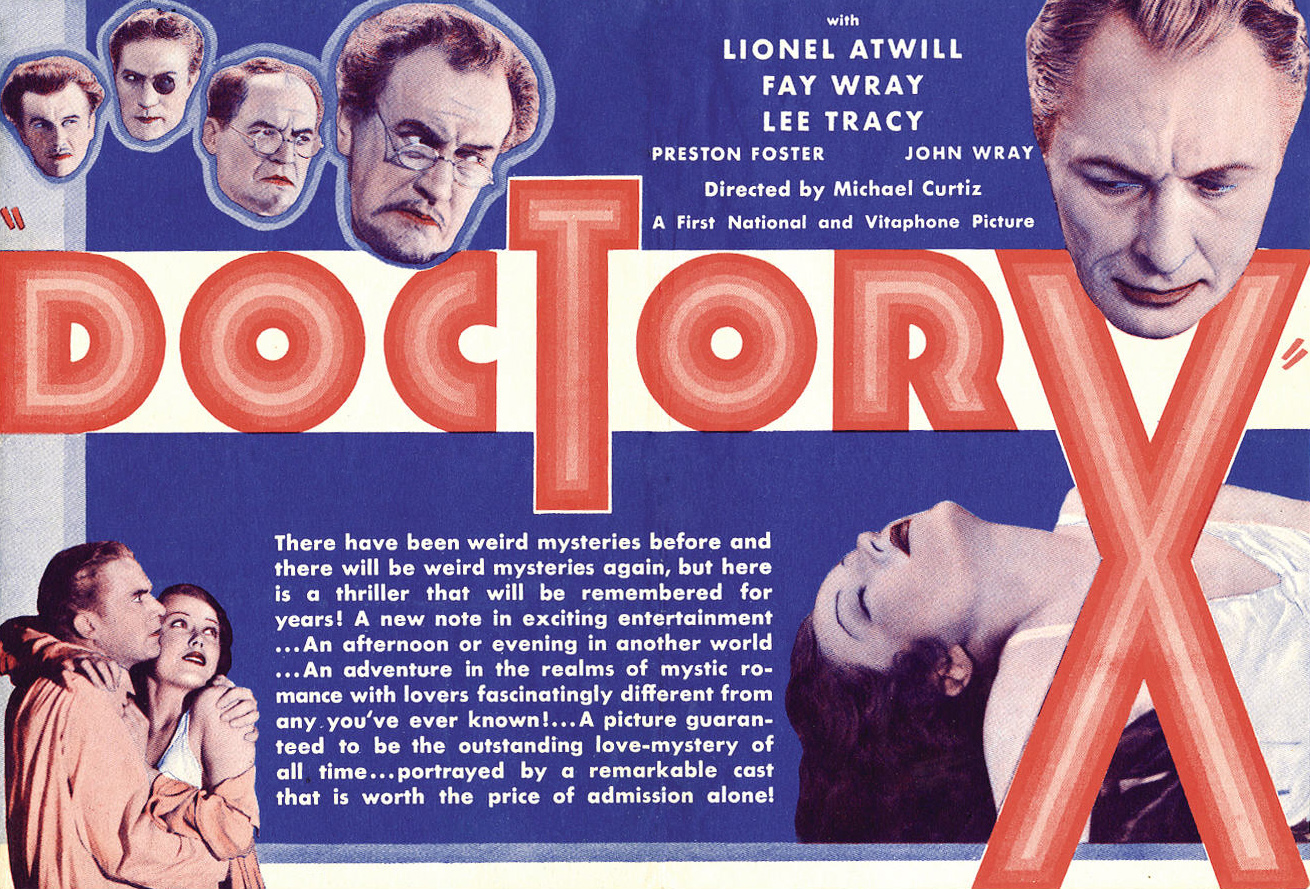 It’s time to look at a very old film. This is probably one of the oldest films I’ve seen at this point which is definitely saying something. Even though it’s from the 30’s it still feels pretty modern compared to some I’ve seen. It certainly has aged better in some respects than the original King Kong for example. The sound quality is definitely clear and the visuals work well enough. It’s definitely not going to remembered as one of the better murder mysteries but I would say that it was fairly decent. A little predictable in places to be sure though.

The movie starts off by introducing us to the Moon murders. Basically someone is going around and eating people in the dead of night. It happens whenever there is a Full Moon and unfortunately there seems to be a full Moon almost constantly in this town. The cops figure it has to be someone from Xavier’s institute since the murder weapon is there. Xavier is certain that none of his professors have done this but introduces them to the cops. All of the scientists are pretty quirky and have suspicious personas. Dr. Wells has often studied cannibalization and is fascinated by it. Another one doesn’t want the police around for some reason and the others range from rude to distant. The cops rule out Wells because the guy only has one hand and the victims were all strangled but are unable to further deduce who it could be. Xavier gets the cops to agree to give him 48 hours to run his own experiments and find out who the guilty party is. Will he really be able to crack the case.

Figuring out who the murderer is shouldn’t take you longer than 5 minutes once we’re introduced to all of the suspects. There are at least 2 big things that sell him out as the culprit. When you watch the film let me know if you spotted them. Still, the film keeps on going as the characters try to put the missing pieces together. Xavier’s idea to get everyone to a secluded place to find the killer is a good idea until you think about it. If one of these guys is the murderer then what’s he going to do about it? Most of the professors are quite old so it’s not like they could fight the guy off. This plan also has to hope that the murderer doesn’t make a move and agrees to strap himself to a chair. Additionally, the villain could also have the strength of will not to suddenly throw himself into a fit of rage after watching a play. The fact that everyone is convinced that the villain would expose himself like that is a bit much.

The main character here though is the reporter Lee. He gets a lot of screen time. He’s very earnest about his work but definitely is not the most skilled agent. He tends to bump into just about everything and makes a lot of noise in the process. He does show up when it counts though and the final fight is pretty fun. There’s a lot of back and forth as he gets thrown around but keeps on getting back up. His fire idea was also pretty good. I’m not sure about his rushed romance with the heroine Joan though. It always seems suspect when they get together after one of them just had their life saved. Almost feels like gratitude going too far. Movies tend to always have rushed romances like this though.

Joan was ahead of her time in some ways though. I like the fact that she actually had a gun with her when confronting Lee the first time though. You definitely should have a gun with you when confronting would be burglars. She also foils Lee from stealing some pictures for the newspaper as well which is definitely good. Keep in mind that even after this deceit and such she falls for him. On the flip side, she does panic quite a lot. Screaming upon finding the father in his own room was rather odd. The dialogue makes absolutely no sense in that scene. Then later on she is unable to move while the villain is getting ready to move. She was not tied up or anything so why wouldn’t she at least put up a fight or attempt to escape? Joan definitely froze up at the worst possible time.

Overall, Doctor X is definitely a slow boil horror film as they examine all of the possibilities. It’s a pretty interesting film at least even if you already know the answer. The suspense will really come from trying to figure out how many victims the villain will get before he is caught. Some of the characters can be a bit annoying though like the butler. He went quite overboard in trying to scare the maid the whole time and she certainly made it easy on him. You’d think that Xavier wouldn’t be tolerating any of this but he doesn’t do anything about this. If you’re up for a classic horror film then this one could be up your alley. It’s not the best but I’ve certainly seen worse and it does avoid the animal violence error. Even the actual murders are largely off screen or not really violent which is nice since you never know what to expect if a film’s old enough.