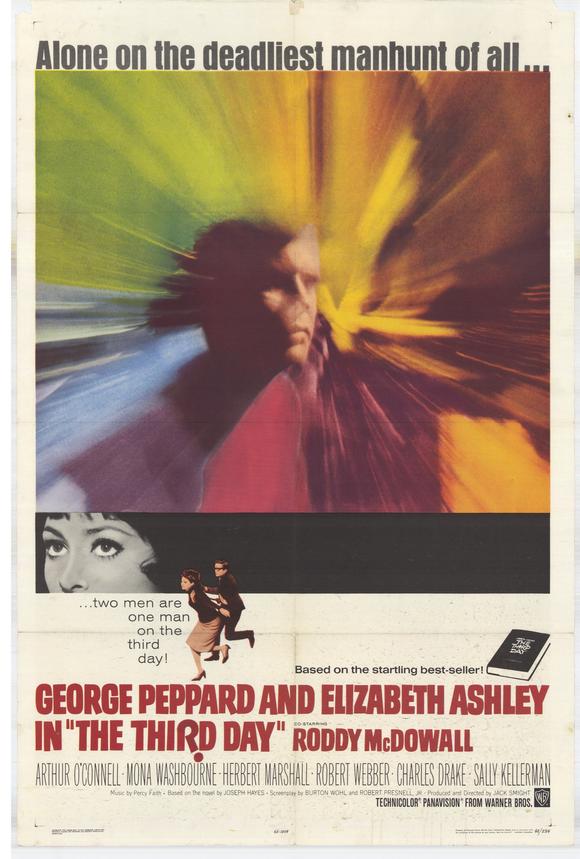 It’s time to look at an old film that really starts to fall down towards the end. It’s a mystery film that tries to throw in a lot of twists and turns to the point where the red herrings start to not make any sense at all. The movie’s a little compelling at the start but gradually it gets less and less interesting which is really not a good thing for a mystery film. If anything it’s probably one of the worst things that could happen to a title in this genre. Quite unfortunate but not every mystery film is destined to be a winner.

The movie starts with Steve walking out of a car crash. It was a close shave for him but he’s alive which is what counts. Unfortunately he has no recollection of his life prior to waking up. The man has complete amnesia and that’s not good. It turns out that he’s rich and about to make a deal that will earn him and his company a ton of money but at the expense of all the jobs in the town. Effectively he is about to sell out to corporate and his wife is also upset at him. Nobody seems to like Steve and according to his mother in law it’s because Steve has been acting pretty terrible lately. His father in law is in a coma as well and Oliver despises Steve as well. Steve needs to find out what happened and also try to lead a better life, but is it too late?

Amnesia is definitely one of those things that is pretty scary to think about. Waking up and suddenly not knowing anything about yourself is intense. Even when people try to give you the full scoop there will always be some nagging doubts that they could be lying to you or something. This case of amnesia is pretty convenient as Steve remembers how to do everything. He has memories of everything not relating to his life, but I believe this does have some basis in fact as amnesia patients sometimes do remember lots of things due to muscle memory. It’s just the recollection that is gone. Films about amnesia can be pretty hit or miss. This one was handling the concept well until it wasn’t.

One random red herring is a scene with Alexandria and Oliver. Her dress was apparently a little too low so he helps her push it up. The whole scene seems way too familiar and at that point I figured perhaps they were both traitors and in on the conspiracy. I believe the film is actually trying to push that thought as well but in universe Alexandria has no reason to do this. At best you could say she is still upset at Steve and wanting to mess with him, but she also dislikes Oliver and so I can’t picture this chain of events happening at all. It’s a pure red herring.

Additionally what hurts the film is the annoying climax. So part of what was going on with Steve in the past had to due with Lester’s wife. The guy has sworn revenge and made this clear to Steve several times. He should definitely have let his wife know to watch out for him. The scene of him walking into the house and telling Alexandria to get in the car with him is pretty suspect. Most likely he would have just taken a gun out if she hadn’t gone with him, but going with the guy in the first place is a stretch. You just don’t hop into a car like that, even if this was the 60’s. Lester is also a character that we absolutely didn’t need. The film definitely wanted to have some kind of dramatic final showdown but it should have definitely skipped out on that. The whole climax is pretty bad and adds a darker layer to the film.

Unfortunately the flashbacks also hurt Steve quite a lot. He was definitely being pretty unfaithful there and the ole “he was feeling weak” excuse doesn’t cut it. Even in the present you can make the case that his moral compass isn’t great as he lets quite a few people kiss him. One of them does this multiple times and he just seems to find it amusing. Keep in mind that his wife is standing right next to him the entire time. No matter how you slice it Steve is just a pretty terrible character so I couldn’t even root for him. When you’ve got a film where the lead is bad like that it definitely hurts quite a bit.

Alexandria is a solid character. She definitely seems to have very valid reasons to be upset with him as the film goes on. If you ask me she appears to be totally justified and unlike Steve she wasn’t being unfaithful. Alexandria puts up with quite a lot throughout the film. Finally you have Oliver who gets a pretty big role in all of this. He certainly has a few twists. The guy definitely doesn’t like Steve but puts up with the lead so he can get his cut of the big pay day. The old Steve seemed to not have realized this although Oliver is pretty obvious about it from the start so it’s hard to see why.

One final issue I had with the film is how everyone is intentionally vague to prolong the plot. When Steve asks his mother-in-law to explain things she intentionally never says anything. She talks a lot without saying things of substance. Can’t she just quickly tell Steve what is going on? She’s cryptic and this is something that happens a lot in mysteries. People just don’t give you straight arrows and it’s particularly annoying in this film since the writing isn’t particularly amazing or anything like that. It’s decent writing I’d say, but not in a way that doesn’t make this feel forced. It’s probably the worst element you could do in an amnesia type film.

Overall, The Third Day isn’t a particularly good film. Usually you get more engaged as the mystery starts to be explained while this one did the opposite. At times the resolution of a mystery may not be as grand as you had hoped so I can see a slight dip, but this one just crashed. The film had a ton of potential and I feel like it was ultimately squandered here. The film could have been so much better but that was not to be. If you want to watch a good mystery film I recommend checking out one of the Sherlock Holmes films instead. Those are all much better than this one.