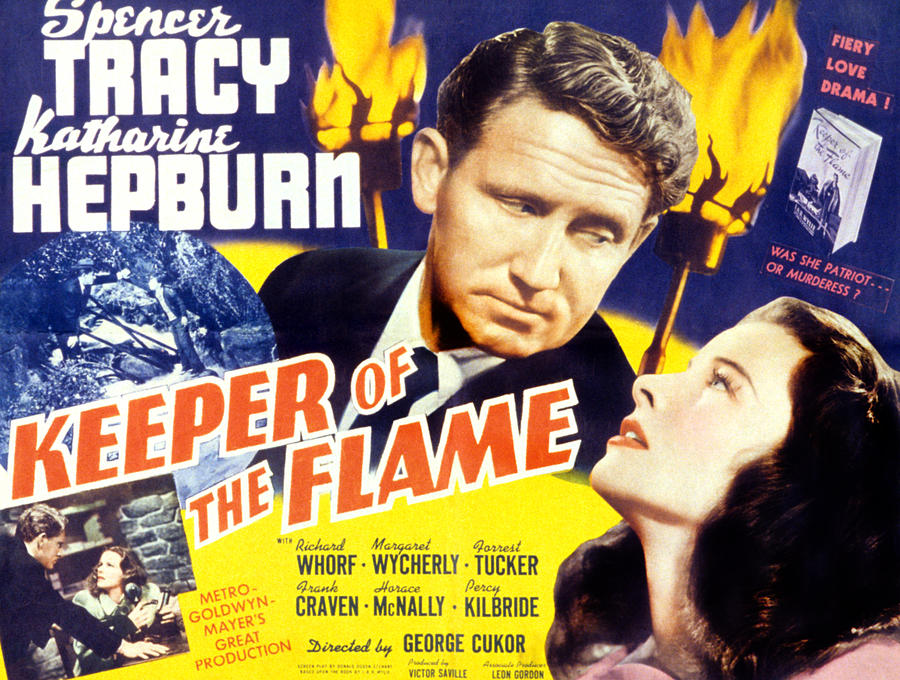 It’s time to look at an old conspiracy film. It’s a cautionary tale about how anyone can quickly be corrupted or coerced under the right circumstances. Always be careful of meeting your heroes because nobody is perfect so you’re likely going to be disappointed. The movie’s very well made. The cast is pretty small and the plot is rather direct so to an extent it can feel like not much is happening. That’s where the writing comes into play since the film needs to keep you interested until the final twist near the end of the movie. I thought it succeeded in this regard.

The movie starts with a legendary American hero dying in a car accident. The country is in mourning because this guy was a very prominent figure. His wife Christine is taking this especially hard and has been unwilling to see anyone. Famous reporter Stephen has arrived in town to get the scoop although his two reporter friends tell him he should give up. That’s not how Stephen operates though and he keeps on going until he finally meets Christine. Why is she so nervous and eager for him to go away? Stephen’s reporter instincts have kicked in and he senses a story!

The funny thing is that this is one of those movies where the villains really overthink things. The film would have been over in an instant if they hadn’t gone back after Stephen. Clive thinks that Christine’s decision not to meet with Stephen initially was pretty suspicious. He’s not wrong in this but suddenly appearing later on has the opposite effect. If they had left things alone Stephen may have had a feeling that something wasn’t right but he would have stopped there. It’s always interesting when the villains think too highly of the heroes because that’s pretty rare.

Nevertheless, Stephen’s definitely a solid character for the most part. He’s determined and doesn’t get intimidated when people threaten to beat him up or worse. You have to have nerves of steel to be a reporter and he’s definitely got that. In comparison the other two reporters look pretty bad as they give up with ease and don’t really do much of anything. They’re really just here for the banter although I can appreciate that since I’m always up for good banter. The main thing that holds Stephen back is the romance plot with Christine since her husband literally just died. Now, they weren’t actually all that close and there’s a lot going on with that relationship but you still can’t see this as anything but a rebound. I also thought that it didn’t really enhance the plot in any way.

The film has a solid ending that wraps things up as well so this is a really complete journey. The best part here is that the film had strong writing and was interesting from cover to cover. I liked the final twist and it’s not even unrealistic. It’s very easy to see something like this happening and the idea of playing groups against each other is something that is happening as we speak through every kind of media, social media, writing, and even in person. Division is a constant in life and one that always has the appearance of getting worse and worse with each passing year. The movie is just as timely now as when it came out with the relevant plotlines. In light of all of this, Christine did pretty good. It’s a shame that she couldn’t have gotten a little further from the situation but I don’t really see how she could have had a chance for any of that.

For the debate at the end where Christine and Stephen have differing views on how people handle these kinds of twists in real life, I’d say Stephen was right. At the end of the day, no matter how big a revelation or a twist there is, people will adapt and get used to it. Some will take it harder than others no doubt but it’s just not personal enough for most to be crushed by it. If it were that personal then it wouldn’t effect most of the others. Since you can never really know someone else, you can only get to hurt by learning something you didn’t already know. There are just limits to how you will feel and that’s why Stephen is right that the truth always has to come out. It may not be what everyone wanted to hear, but ultimately it’s what they needed to know. There’s one death that’s a little gratuitous at the ending as I don’t think it was really needed but you can see why the film went that route.

Overall, Keeper of the Flame is a pretty nice title. It is definitely a very relevant title as it has to do a whole lot with the movie. If you’re up for a mystery with quite a few twists and turns then this is up your alley. As mentioned, the only thing I could see holding this one back a little for some would just be the fact that the movie can feel a little slow at times. Not so much in a dragged out sense as it isn’t specific scenes, but the film has a very slow pace to it as it takes you through the story. The characters chat about life and hypotheticals as well. Everyone’s always got a speech. I’m always up for that though as the dialogue is pretty interesting to me. As long as you agree then you’ll enjoy the film.