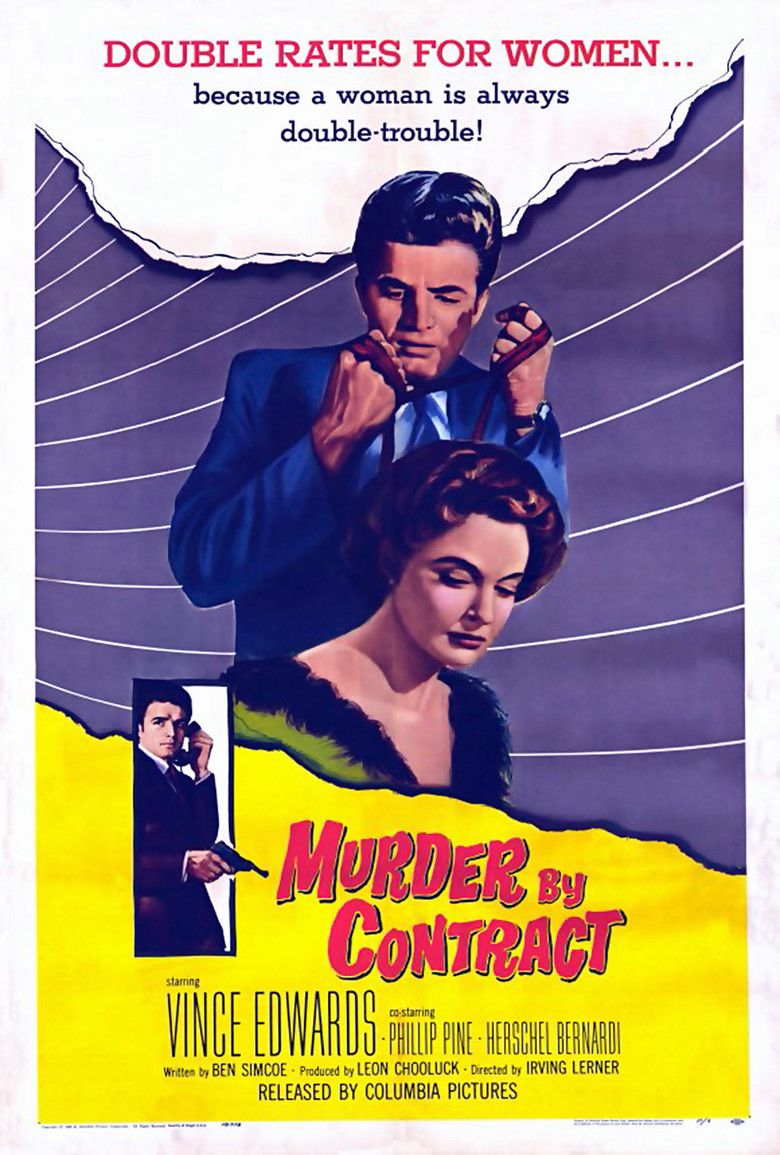 It’s time to look at a thriller film from a while ago. It’s a pretty interesting hitman story and the writing/atmosphere keep this movie solid throughout its run. The dialogue is pretty solid and Claude plays a lot of mind games with the other characters. I do think his first boss should have probably been a little more prepared for what happened but I guess in his old age he started to drop his guard a bit more. It’s not exactly beyond the pale for that to happen so I could see it as being pretty reasonable. At most the ending just feels a bit on the lucky side for the character rather than a decisive victory. I would have made it a little different like letting a shot go through instead to stop things.

The movie starts with a guy named Claude deciding to get into the hitman business. The reason for this is that he wants to buy an expensive house and his day job will never get him enough money for it. He wants cash quick and the easiest way to do it is by bumping people off. He quickly manages to get hired into this job and proves to be a natural. Eventually he is given a big job which will really help him earn a ton of money at once. He has to bump off a witness before he can expose the main villain. What Claude didn’t realize is that the witness is actually a lady named Billie. He didn’t want to sign up for a job like this if it meant taking out a lady but there’s no way back. Claude decides to complete his mission but it definitely won’t be a simple one.

Whenever you have a villain as the main character the movie has to take a bit of a different approach. After all, we can’t possibly root for a character like that. So you’re rooting for the cops to stop him even though his target is hinted to not exactly be blameless either. The film has to be careful with the ending as well as the whole adventure so things don’t go too far. I thought this movie did a good job of handling all the points below. The ending is satisfying even if I would have played it differently and Claude’s character is handled well.

Claude seems a bit crazy at times and tends to ramble on about things but his speeches are always interesting to listen too. A quality villain should always be able to plan things out well and in an interesting way. He may be insane but at least he believes in his own ideals. The film has him try to offer up some philosophical takes as the movie goes on. He does have a point that it’s a lot harder to track a hitman than someone with a personal vendetta since there is no motive to be found in his case. This was in the era before smart phones and cameras so it’s also a lot easier for him to go into an area and leave undetected. He doesn’t use guns which also makes things tricky for him although he clearly trained in how to use them as well. When he needs to use a firearm briefly he is able to make a difficult shot with no real effort.

So Claude was a pretty fun villain. Meanwhile the two guys watching over him were pretty solid too. George is always trying to give Claude the benefit of the doubt while Marc plays hard ball with him. They get a lot of solid banter throughout the movie and do have some points about how Claude makes this harder than necessary. Either way it would have been difficult to stop Billie though. To her credit she takes a lot of solid precautions and the cops also look good in their protection. They do their best to really surround her with protection at all times. I do think that it got a bit dicey only having one guard at the end though. I would have liked for him to have looked a little better all things considered. Their only real loss against Claude was due to Billie’s demands. I do question how they didn’t have anyone patrolling the surroundings after the whole TV attempt though.

Part of what makes the film work is that it can also be fairly light hearted in its approach. It has an interesting tone blend there as you know something is going to happen soon but until then the film stays calm. It mirrors Claude’s disposition here as he doesn’t seem to get very invested in anything either. He does the job and then gets out as quickly as possible. Not all of his plans are perfect of course. There is one instance where he decides to act rather faint and realistically I don’t see how this would work. It’s probably the moment in the film where you will have to suspend the most disbelief. It does make for a pretty intense climax though. It reminds you why he became known as such a dangerous person to be up against. At the end of the day he can take anyone out in an instance.

Overall, Murder by Contract is an interesting film and a pretty solid one overall. The writing is solid and the cast of characters are good. There’s one character who is pretty annoying given that she talks about confidential matters with ease. I have to blame the guy who told her as well since they only needed to keep the secret for 1 day to save a life. Is that really so hard? It was a bit plot convenient there but I wouldn’t say unrealistic because this is exactly the kind of thing that could happen at any time. So, if you’re up for a solid action film from the villain’s point of view as they plan a murder this is a good one. I dare say it would be one of the best in its genre as it’s hard to get this one exactly right. It certainly never drags on.