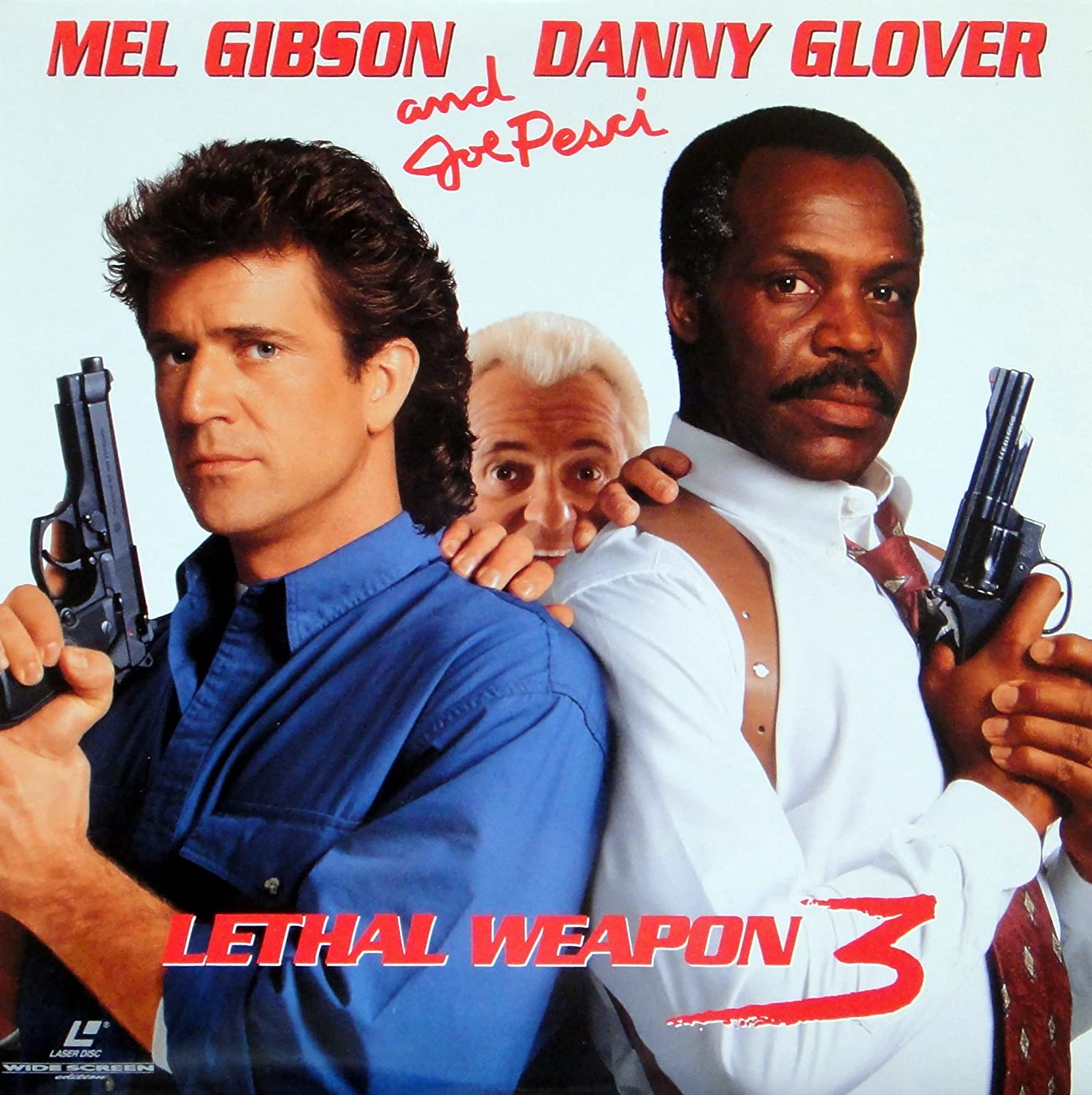 It’s time to follow the pair of cops on another adventure. Lethal Weapon 3 has a little more fun with the premise compared to last time as we see them foil a few quick crimes in addition to the main plot. Due to this I consider it to be an improvement over the second film although I ultimately still wouldn’t put it over the first film. It’s a fun way to end off the trilogy so to speak even if we did get a fourth film after this one. The series has managed to be pretty consistently good so far.

The movie starts off with Martin and Roger getting themselves involved in stopping yet another criminal plot. They end up being a little out of their depth when trying to defuse the bomb though. Blowing up a building was the last straw though so they have been demoted from their positions. Martin and Roger keep getting involved with a lot of different crimes like people trying to steal money, running around with guns, etc. The cops are going to need the heroes back in the action pretty quick because an ex cop known as Jack has shown up and is abusing his power. He ventured undercover into the prison and even murdered a witness. If Martin and Roger don’t stop him soon, Jack will have finished enacting his plan and made millions of dollars.

Right away you can tell that this film is a lot busier than the last one and that’s a very good thing. There’s always something happening with a lot of ongoing plots at once. That’s always a good thing to do in a thriller kind of film because it helps keep you glued to what’s going on. When you keep changing the location and the case then you have to do your best to keep up. We actually see Martin and Roger doing a lot of patrolling in this film which is good because that is one of their main tasks. I also feel like the film was having a little fun with this. The characters can’t even sit down to have a burger without someone getting murdered or trying to evade arrest.

We get a new character named Lorna who is pretty fun although regrettably the film could not resist going for the romance angle right away. It’s handled pretty terribly like in the last film. Lorna and Martin don’t get along at all in the beginning and then suddenly they hit it off later on. There’s no real reason for this and it all just happens way too quickly. Even if you know it’s coming it doesn’t make the plot any better. Still, as a character Lorna is still good though. She’s always ready to put the main characters back in their place and she can actually fight pretty well which is always a thumbs up in my book. Lorna can hold her own and has apparently cracked a lot of cases back in her day.

Martin is still a solid main character as always. He jumps into action at every turn and never lets a villain get away. He’s much more intense about his job than any of the other characters. Roger may get fed up about how many risks Martin takes but at the end of the day it’s what makes Riggs so effective. He holds his own story pretty well. Meanwhile it’s a fun film for Roger as well. The dynamic of him trying to play it a bit safe now is enjoyable and since he’s so close to retirement it makes sense as well. Nobody wants to be taking huge chances when they’re so close to being out the door right?

Leo also returns here and does his best to help the characters out. He’s even helping Roger sell his house which is pretty nice of him. The guy has come a long way from being a big drug dealer. The rest of the cast is pretty self contained. You’ll recognize some supporting characters like the captain of the police or the psychiatrist that Martin doesn’t take seriously. They all help to make the police base pretty inviting and it’s easy to see how everyone gets along so well with the banter. The place is pretty informal so everyone can just relax and have a good time.

The writing here is solid and the pacing is definitely good. As mentioned, something is always happening here which is part of why the film manages to be so good. I think it was quite a solid way to kick off the first 3 films while leading us up to the final one. The action scenes here are good and the movie manages to balance out the buddy cop dynamic while still being an intense thriller. Jack may not be a particularly memorable villain but he was reasonable enough. I think I would have liked to have actually seen him fight a bit more though. That would have made him more memorable.

Overall, Lethal Weapon 3 gets real close to topping the original film. It didn’t quite do it but operates at the same level. I was glad to see Martin get another dog here. Now he has two and they seem to get along quite well. It also shows that he has pretty solid morals since he wouldn’t attack the first dog even when the villains owned him. If you want to watch an action film that also has a lot of fun then this is definitely the title for you. There’s really not much to say against it as this film hits the right notes and doesn’t drag on. We’ll see if the next film continues the trend and ends things on a high note.