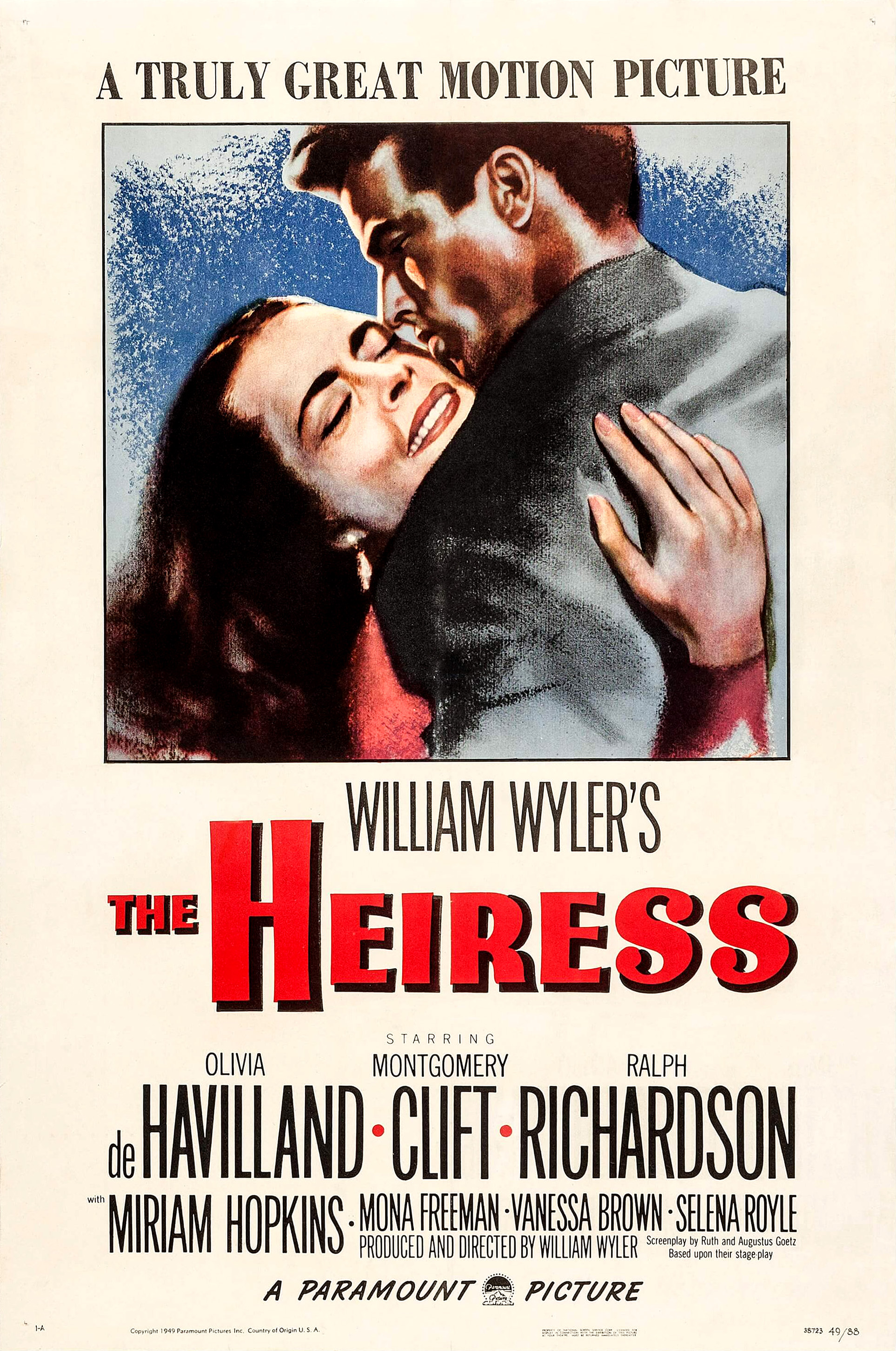 It’s time for an old school romance film. This one definitely serves to remind you that trust is something that needs to be earned. If you’re rich then you end up with a lot of advantages in life but also some unique disadvantages. One is that you never know if people are being straight with you anymore or if they’re just watching your pockets and trying to get some money. You need to be aware of this at all times. People say “More money more problems” which is probably a saying from someone who had a lot of money since I don’t buy into that, but being rich certainly doesn’t mean you’re problem free. Oh no, you’ll definitely have a lot of new worries so in a way it’s a trade off. You may have to live a bit more of a lonelier life if you’re rich so you’ve got to be clever and discrete. The main character was neither here.

The movie starts off by introducing us to the family of Catherine, her father Austin, and her aunt Lavinia. The three of them now live under one roof with Catherine feeling like the odd one out. Lavinia’s had a very social life and just has a lot of fun in day to day activities. Then you have Austin who has built an entire empire although he is now old and getting closer and closer to death. Catherine has an inheritance of 10,000 dollars a month and once Austin dies that will go to 30K. The only issue is that right now she has no suitors. Catherine hasn’t done a lot to really stand out in appearance or in manners. This created a bit of a self fulfilling prophecy where she has lost all confidence in herself and can’t hold up even the beginnings of a normal conversation.

Time after time she is taken to parties but nobody wishes to dance with her or anything like that. Then one day she meets a man named Morris who is incredibly interested in her. He claims this to be love at first sight and wants to marry her that same week. He quickly pressures her into agreeing to engage and then get married a few days later. Catherine’s father Austin is not thrilled at this. He claims that Morris is a bounty hunter just looking to take her money. He decides to try and prove this to Catherine but she simply won’t believe him. Is it really true that Morris is just using her or is he actually a good guy? The stakes are quite here as she might lose her one true love or prepare for a loveless life.

There’s definitely a lot to say on this matter. For starters, this is why you can’t just fall for someone so instantly. I’ve never believed in love at first sight. I believe people mix that up with infatuation or a crush. Those things can happen in an instant since it’s purely superficial attraction. Love is something you build up as you hang out with such a person and begin to admire their other traits. There’s a world of difference between a crush and love. So even if Morris is on the level with his feelings, they come across as quite shallow here. The only reason he has so much sway over Catherine is because she is so desperate for love after being turned down for so long. She is quite desperate to be in a relationship.

It’s why you have to be content with yourself first. If you’re not having a good time then getting into a relationship is hardly going to change things. At most it’ll just tide you over for a little while but you need internal happiness as well, you can’t just be happy when someone else is around. It’s also a fair point that Catherine didn’t put in a lot of effort if she really wanted to impress the men around. There’s a whole lot you can do with your appearance to try and catch someone’s eye. Assuming that she simply preferred this look which is fair, she could have learned some talents. Dance for example is something she could have definitely studied and I also question why she was so slow on the uptake with everything. Catherine never seems to understand what is going on even if it’s being done right in front of her face.

While the film sometimes uses this as dark humor, it doesn’t really hurt her case. Either way you’ll feel bad for Catherine regardless. The film can be quite tragic and even if she should have picked up on some of the things everyone was saying, you can’t help but empathize with her plight. It may not be all that relatable but she does get crushed quite a few times in this film. That’s not to say that other characters don’t make mistakes though. I liked Lavinia quite a bit and for a while she was the best character in the film. Then she starts to get played as a sucker towards the end which really hurts her. I suppose you could make the case that she knows how this will end but still feels like Catherine will be happier. I don’t see why she would believe that though. It’s just not a good look there. I did appreciate the energy and spunk she gave the film though.

The best character in the end would be Austin. Austin was looking at things scientifically right from the start. He may come across as rather cold and aggressive but at the end of the day he was still looking out for Catherine. He figures it’s better to stop things now even if it hurts her a bit rather than letting them go too far and then having her realize what is going on. As a result he has to play the bad guy for most of the film. He does go a bit far at times like not being able to see any qualities in Catherine. If she doesn’t currently possess any skills then it’s his job to help her acquire them. We know that he has made a reasonable attempt at this but he could surely do more. Even in terms of looks he has wealth and means so he could take her to beauty salons and such. If he were more helpful to her during all of this that would have been nice as well.

Finally we have Morris who certainly gets a pretty big role in the film. He’s certainly bold if nothing else like his final scenes. You’d have to be living under a rock to really accept what’s going on at the end there. If anything I’m not sure the jewels were needed, but I guess to build up the anticipation further so there’s a bigger fall to rock bottom. I get the concept at least. I can’t say that I was a big fan of Morris from the start though. You really should never come across as too desperate and he seemed desperate from the start.

The writing here is pretty solid. The movie does a good job of keeping a sad tone afloat the whole time for Catherine without going over the edge with it. You’ll definitely feel bad for her the whole time and you don’t even need a lot of sad music tunes to get that across. There’s one section in the film where she wears the Sith Lord cloak from Star Wars and that was pretty intense. Her character definitely started to change towards the end and it made for a very interesting character shift. I wouldn’t have minded if that had been her regular attire for more of the film. It has aged pretty well.

Overall, This film definitely reminds you to play things close to the vest. If someone tries to rush you into something then you should think twice about it. The film has a pretty satisfying conclusion so it makes this a very complete experience. At times you’ll definitely wish Catherine would be more active or at least a little smarter but it is what it is. If you like a good romance drama film then I’d recommend checking this one out. The pacing is good and quite a lot happens here. You also get a few verbal debates with solid back and forths like the scene with Austin vs Morris in the dining room. Now that’s the kind of scene I would definitely like to see more of.