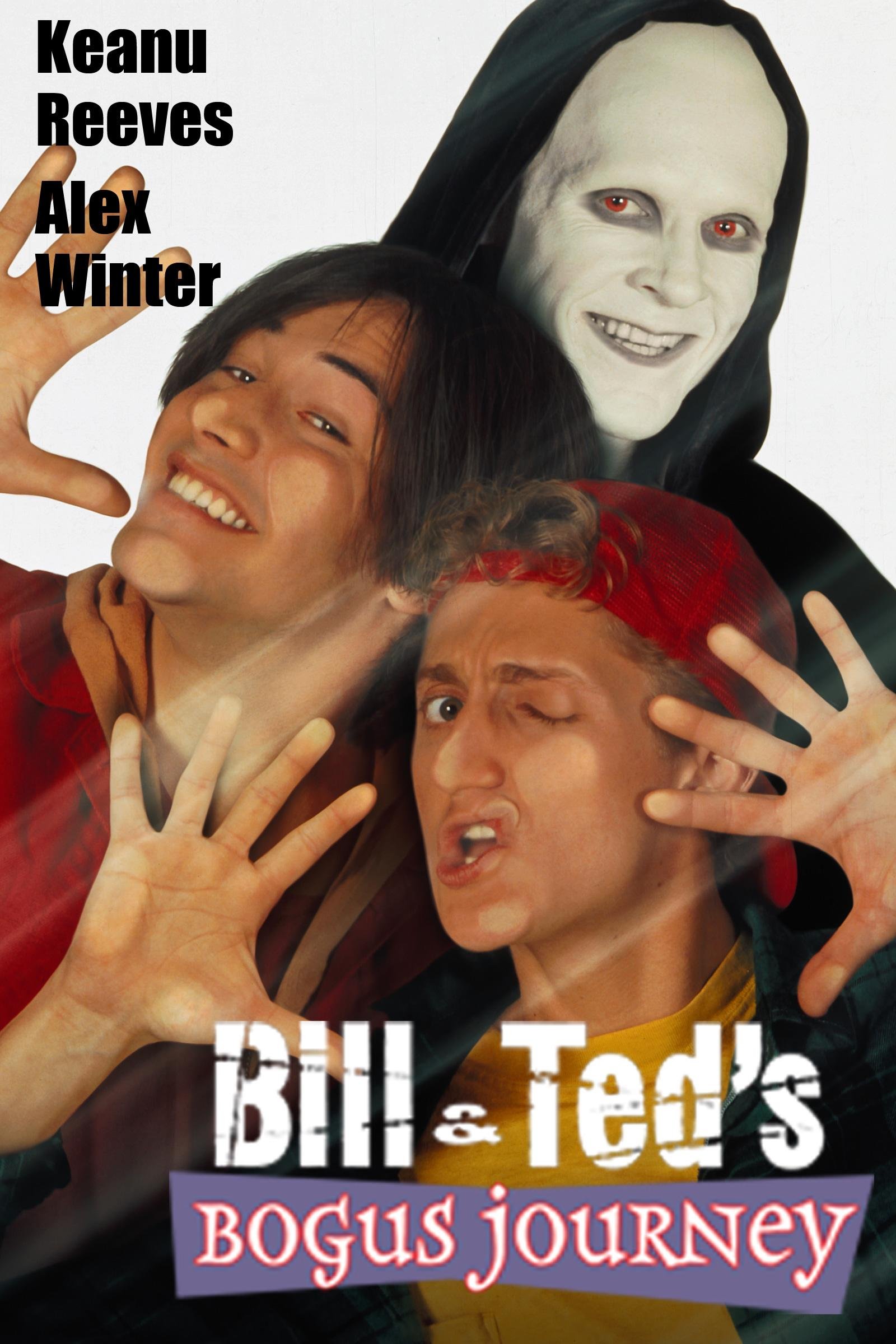 It’s time for the big sequel to the original Bill & Ted! These two definitely went on quite the adventure the first time around. I enjoyed the film well enough and this one throws in androids which is always cool. I would say this one even improved upon the first. It does have some scenes where the film can get a little slow but for the most part the pacing is solid and the androids made for pretty intimidating opponents. They’re definitely not people that the heroes can really hope to defeat straight up.

This movie opens up in a similar state to the first. Bill & Ted still can’t play music at all and that’s not good since the big battle of the bands is coming up. They think about using time to help them out with this but in the meantime finally propose to the princesses from the first film. Everything is going well until alternate versions of themselves appear. They think it’s the future selves here to help them out once again but instead they are actually evil doppelgangers sent from the future to foil Bill & Ted’s career. These robots murder Bill & Ted and proceed to accomplish their goals. The heroes last chance to save the day is to quickly find Death so they can come back to life and then interfere before the Battle of the Bands performance is over or there will be no hope left. It’s a tough journey but someone’s got to do it.

I definitely enjoyed having some evil androids in the mix. Having villains like that can definitely take things to the next level if you ask me. Think about it, these guys have built in super strength and they easily crush the leads in their first battle. I’ll admit that the loss is a bit embarrassing if anything but it’s not like you could have expected anything less. It was still the most hype set of scenes in the film. Unfortunately there isn’t a real rematch later on so you need to enjoy the initial struggle.

The adventures through the characters’ personal hells were fun too though. You’ve even got a giant bunny that is around to mess everyone up. The scenes could get pretty tense. Death himself is probably the least intimidating member by default. The guy just wants some friends deep down. The scenes of the main characters playing him in a bunch of board games was definitely fun. Especially since I had even played a bunch of them back in the day. Bill & Ted are definitely really good at playing these which isn’t too surprising. I bet they played these games quite a lot over the years, probably instead of studying or anything like that.

As for Ted and Bill as characters, they’re pretty much unchanged from the first film so you either like them or you don’t. I appreciated the air guitar gimmick they have where they use that whenever something cool happens. Part of what helps them succeed as characters is their comedy gags aren’t even all that annoying. The characters are pretty fun and just work out rather well if you ask me. The cast is fairly small but they work well. The princesses don’t look great but they don’t really have a lot of screen time. There’s also a super smart inventor from another world who was passable at best but these side characters don’t really take away from the main adventure or anything like that.

There’s also a big twist that happens near the end of the film which is pretty fun. It just goes to show that when time travel is in play you have to expect the unexpected. Anything can happen at any given moment which is part of the point of this method. The film’s pacing is pretty solid so it’ll be over before you know it. Ultimately if I had to really say why it beat the first film, I’d say that the evil Androids and the film mainly taking place in the present are what did it. I love time travel but of course I prefer going to the future than the past. There’s just a lot more to explore when you’re going forward.

Overall, Bill & Ted manage to improve upon what made the first film solid. This is one I could definitely recommend to anyone who enjoys comedies. The writing is on point and we’ll see if the third film can keep it up. I don’t see why not, the trailer for it certainly looks pretty solid to me. The end of the big saga at long last. At the end of the day it’s still almost frightening how the future society is doomed to be modeled after these characters. I mean, there are far worse people you could pick to represent the planet but also much better ones as well. At least the clothing seems to have gone the LazyTown route in the future so fashion is on an upwards trend.