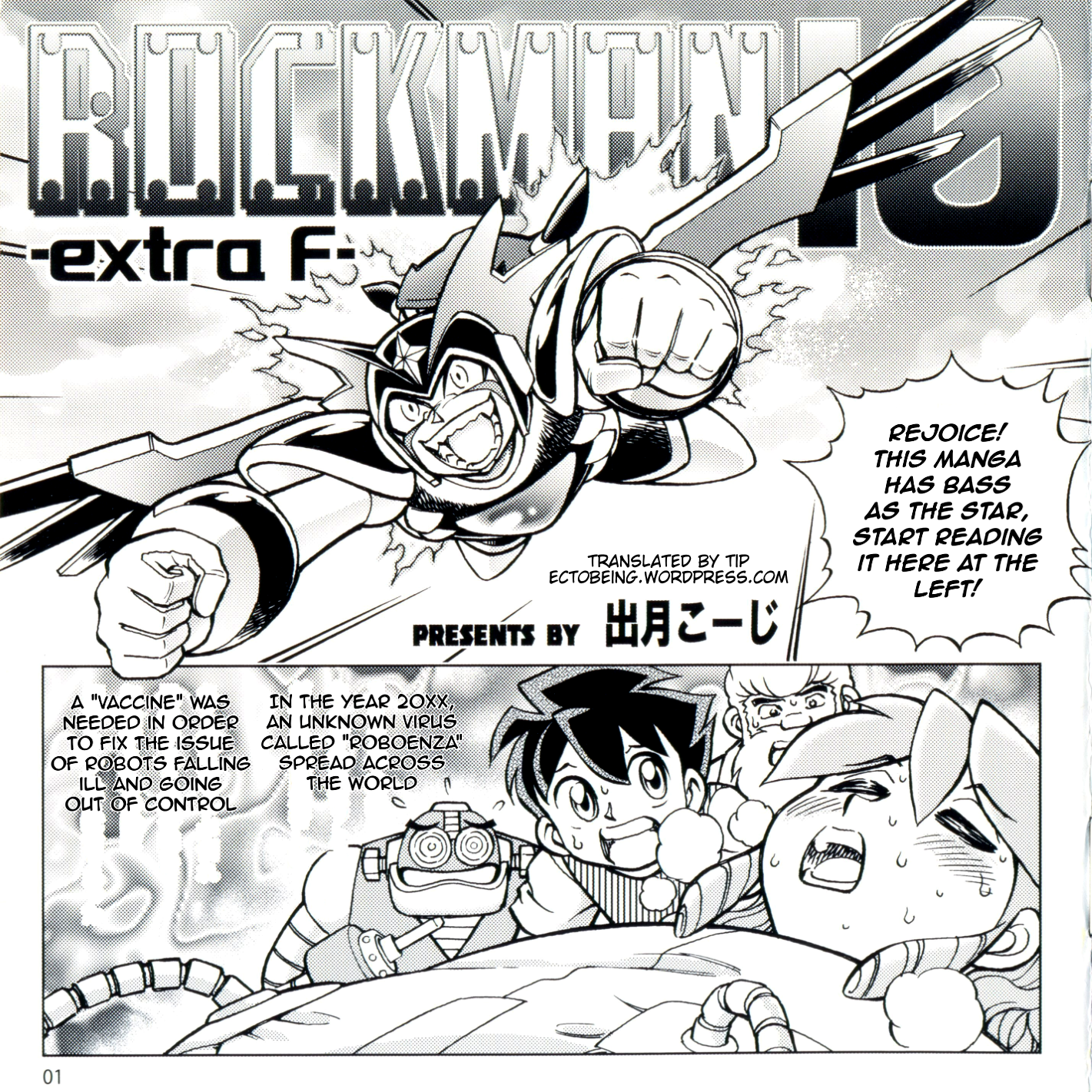 It’s time to look at a very obscure Megaman one shot from back in the day. It’s only 16 pages so this is also just a very quick story in general. It’s cool to have a story that is focused on Bass though. That alone makes it a pretty notable entry. This is a pretty fun short story and the art is reasonably good. You should be able to knock this out in a few minutes but it’s a few minutes of your life that you’ll be glad you used.

The plot is that there is now a Robot flu thanks to Wily messing up on an invention. Mega Man is tasked with finding pieces of the cure so that he can make everyone better. Meanwhile Bass wants to find Mega Man for a rematch but gets his directions mixed up so he ends up going against most of Wily’s new and updated robots. This doesn’t faze him as Bass easily crushes those robots but he is no closer to finding Mega Man. Gradually he realizes that this is still fun though and even gets his revenge on Wily. So the story is pretty comedic in that sense although the action scenes are pretty fun. There’s only so much you can do in 16 pages of course.

I like the idea of Bass taking everyone out simply because they were in his way. It’s definitely something I could see him doing. He has often been overshadowed by his EXE counterpart so it’s easy to forget that he’s a pretty hype character in his own right. I think Mega Man and Proto Man would have had a hard time with him. The guy also acts heroically at times like with how he made Treble take the only cure they had. On the outside he acts like he did it for himself of course but we know better. I don’t disagree with the logic though. What can a mere flu do against someone as mighty as Bass? He would definitely just laugh it off and that makes perfect sense. He’s the ultimate robot in the series after all.

As I mentioned, the art isn’t bad. It’s not super detailed or anything but I would say that it’s a solid step above cash-in art that you see from time to time. The final page has Bass drawn in a rather odd way where I’m not sure what the intent was but every other page and instant is pretty good if you ask me. The action scenes while brief are also pretty good. I definitely would have liked it if this could have gone on for longer than a single chapter. There’s a lot you can do here if you really think about it.

Overall, This is a short review but that’s because this is a very short story as well. There’s only so much you can talk about to cover 16 pages. At the end of the day you’ll enjoy this story if you like the Mega Man series. If you haven’t followed it then you’ll probably just be lost here or wondering what the point of the story is. There’s not much of a focus after all so it all really just rides on whether you like the Mega Man series or not. It’s always fun to see them in extra little adventures here and there. This was the last classic Mega Man manga on my radar though so next up it’s time to enter the world of Mega Man X. That should definitely be fun. His stories have already been more plot based than the classic lineup and a manga should delve into that even further.