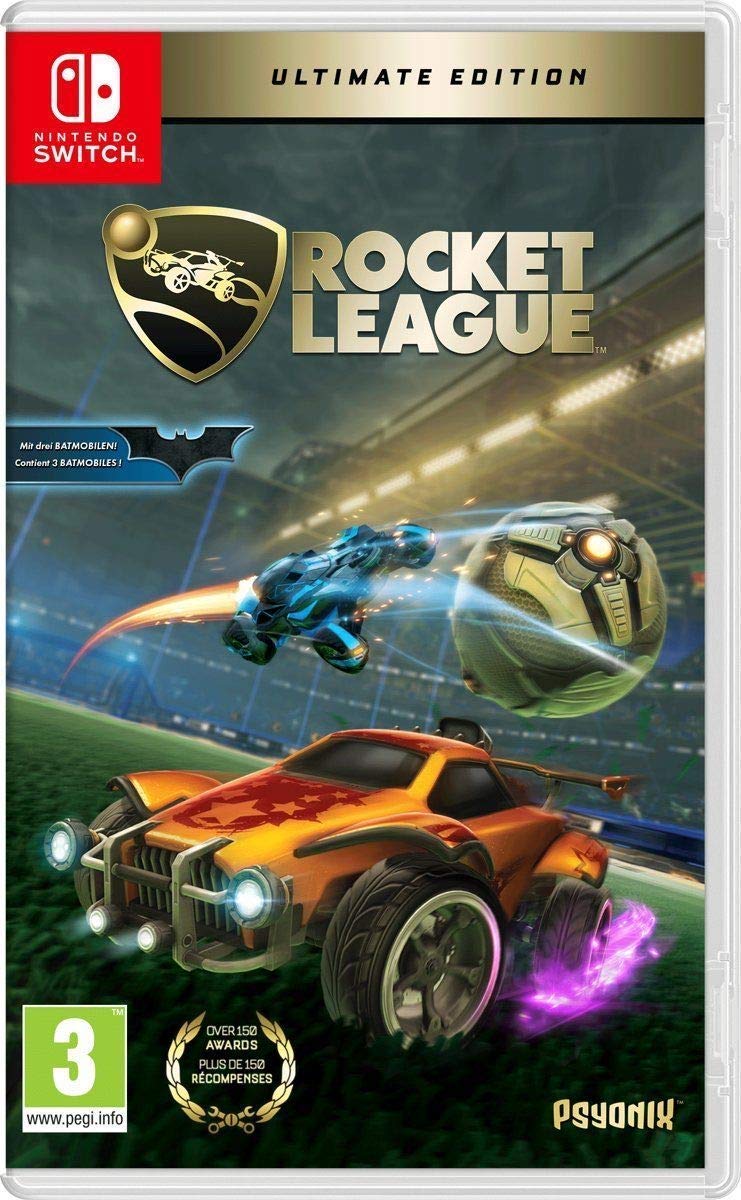 It’s time to look at a game that recently went into a Free to Play format. I remember hearing a lot about this game back in the day so it’s nice to finally be able to check it out. The idea of mixing racing with soccer is pretty brilliant and I definitely commend whoever thought of the idea. I had quite a bit of fun while getting to Level 10. That said, I consider it to be a lot more limited in your experience compared to Fortnite. I haven’t tried many of the other big social games so I can’t compare it too well to others but it just feels like there’s only really one mode in Rocket League. I do enjoy the soccer gameplay but I don’t see this one lasting a very long time. I do think it gets a bump if you have an online crew to play with though.

The idea of the game is so pop the ball into the opponent’s goal like classic Soccer gameplay. The main difference of course is that you’re using a car to do this rather than running up and down the field to score the goal. Naturally that means you have to adjust your thinking here. The controls are quite simple. You can accelerate, boost, jump, sharp turn, and do a flip while in the air to manipulate where the ball goes. After that it’s all about fundamentals and getting the ball through. If I have any tips here, it’s that you should learn and get familiar with sharp turns right away. It definitely gives you an edge over the competition right away.

There are a few modes in the game such as 1 vs 1, 2 vs 2, 3 vs 3, and 4 vs 4. The objectives and rules are the same for each but naturally the game gets more chaotic the more players you add. Personally I find 3 vs 3 to be the perfect balance which is probably why it’s set as the default mode. It just works really well and it’s fun to have a lot of action on the field at once. I got to score quite a lot of goals which feels good but even in a support role you can have fun. You can even drive on the walls and to the top of the stadium. This is rarely useful but it can still be a lot of fun just to style on opponents. I won and lost my fair share of battles.

I’m also glad that a 1 vs 1 option was available right off the bat. That’s something that some games take a while to add. It may not be as dynamic as the other modes but sometimes you just want to test your own abilities real quick right? 1 vs 1 is the perfect way to do this. There are no other combatants, items, or gimmicks of any kind. At the end of the day all you’ve got is your own ability so win or lose there were no other factors. It’s a pretty intense game to be sure. The match length is only 5 minutes but it can feel like a lot longer when you’re in a tight game. You’ll notice that opponents rage quit quite often as well. I’d say that’s because in large part it is very hard to stage a comeback here. You know right away if you’re going to win or lose. As soon as a big lead shows up it is almost impossible to squash. It’s just not going to happen unless the player who is winning really lets their guard down. Scoring is pretty tough.

At the same time, most teams don’t bother to have a goalie. Who wants to stay back and block while everyone else is having a lot of fun right? That seems to be the main mentality at least so if you do get to the ball and make a good shot it’ll be tough for someone to stop you. I found that the best time to score a goal was as soon as the play begins. That’s because the ball is centered on the field. If you boost to it and then quickly brake, you’ll hit at the perfect angle so that it’ll be a goal unless one of the other cars hits the ball as well. It sounds simple but it actually got me quite a few goals which I was surprised about. It’s a very reliable technique at least at the lowest levels of competition.

The graphics are definitely really solid. Rocket League certainly isn’t pulling its punches here. This is a modern console game with high end graphics. There are very solid special effects everywhere you look. A lot of attention to detail and effort have clearly been put into the experience. While the soundtrack is less notable, there are quite a few songs to choose from and you seem to be able to control this from the main menu. That’s definitely a nice touch since you can really have your way with the system.

As I mentioned, I feel like the replay value here is a little on the low side. Still, the content will never end and there are always more updates so if you really enjoy the gameplay then there’s no reason you have to give up on the title. It’ll just keep on going all the way through for as long as you’re interested. Now that the game is free there’s also no reason why you should have to think about giving it a shot. If you don’t like it, then you can just delete it. There’s nothing to lose in giving it a shot and that has to feel good. No pressure here.

Overall, I like Rocket League. In general soccer tends to be one of my favorite kinds of sport games to play and this one handled it quite well. Mario Strikers still had the best pure gameplay if you ask me but I’d say that Rocket League is definitely in second. The game has a whole lot of energy and it’s always fun to test your skills and see just how good you really are. How long you stick with the game is up to you. I hope to get some extra modes and content in the future someday though. I think there’s a lot of potential for bonus modes and things of that nature to spice things up.