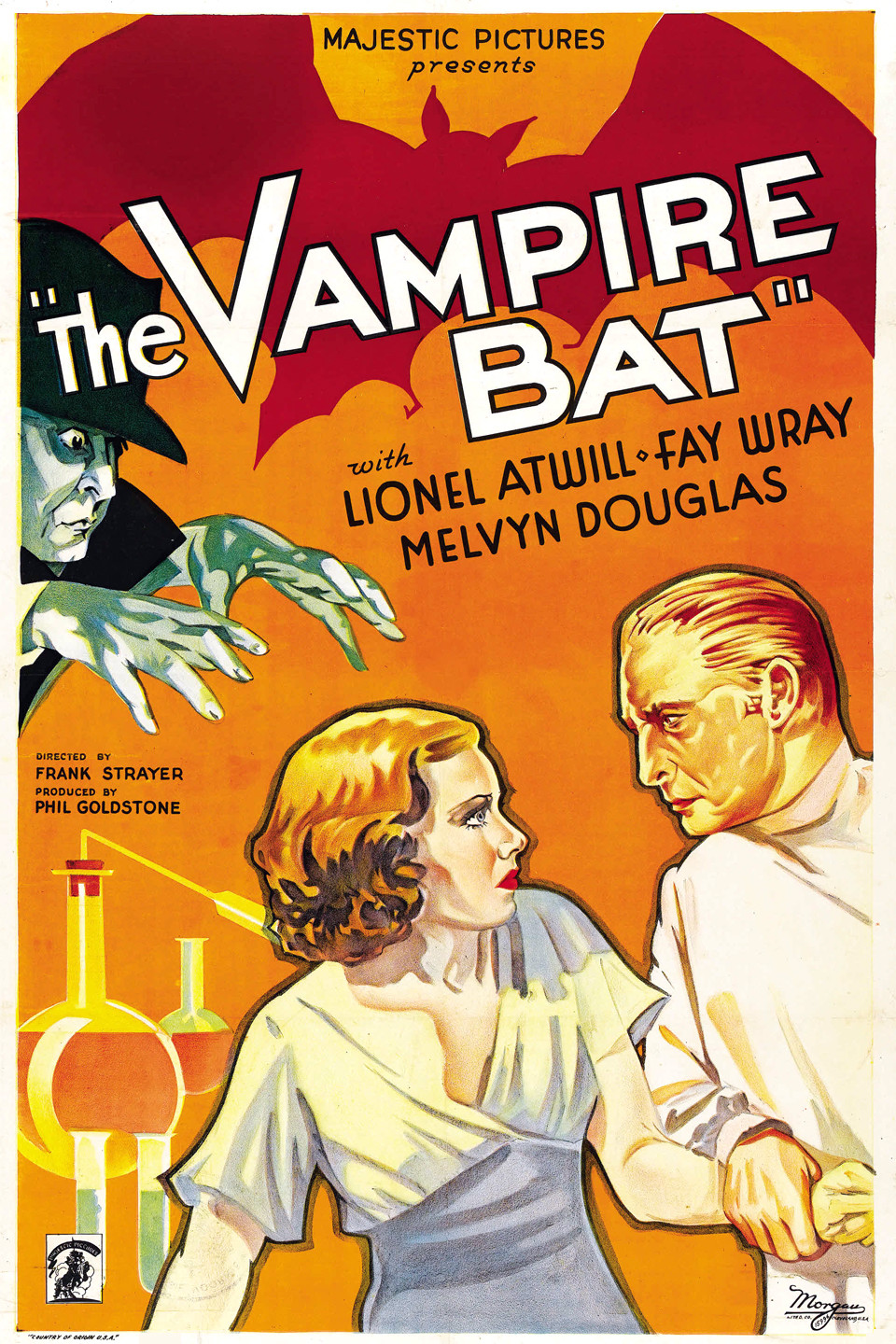 It’s time to look at a really old film about Vampires. This one definitely goes pretty bold with the premise of this vampire attacking while the main detective doesn’t believe in it. It’s always fun to see a lead who is super skeptical like this because it makes for a nice contrast to the rest of the townsfolk who have completely jumped head over heels for this superstition. They basically become hysterical in the very first scene. The movie may be short but I feel like it still captured a lot and was a pretty fun experience. It’s a good example of why you always gotta keep your guard up.

So as I mentioned the movie starts with the town telling Karl about the vampires running around. The reason why they believe that the vampire is running around bumping people off is because each of the victims have the classic 2 fangs mark on their neck. The villagers point out that only a vampire leaves this kind of mark, not to mention that all of the victims have been completely drained of their blood. Karl dismisses this theory and runs off. Unfortunately the bodies continue to pile up. There is currently only one suspect, a suspicious guy named Glieb who is completely obsessed with bats. Is this too obvious? The town is ready to condemn him but Karl doesn’t want to be too hasty. After all, a man’s life is at stake here.

A good chunk of the film is really about balancing the mystery angle of the movie along with watching people get bumped off one by one. There’s a decent body count here. As always it can be sad to see some of the heroes go down because they were handling things as best they could. Unfortunately it’s just hard for everyone to be able to walk away here. The villain is pretty tough after all. I won’t say if the villain actually turned out to be a vampire or not but I will say that the ending at least hints that something slightly supernatural was going on. That or someone had a very big change of heart which could be possible but I like to think that this was not something quite so explainable. The climax itself could be a little suspect at times though with how someone turned the tables.

Karl is definitely a solid lead. He really does a good job of not panicking like the others. Karl likes to look at things step by step until he gets to the right answer. It’s a slow but methodical approach that really helps him in not making any real mistakes. He may not have a ton of character but Karl has enough charisma to hold the film. He has a very solid scene at the end which really helped him as well. The heroine Ruth isn’t bad. She’s certainly a lot braver than Gussie who kept on fainting as the film went on. Ruth made sure to hold her own with the characters even if she didn’t really go to the front lines much. There’s just not a whole lot to say about her as a result.

Then you’ve got Dr. Otto who is here to try and make sure that justice is serves. He isn’t quite as dismissive of the supernatural element as Karl but still thinks it’s something practical as well. It’s always good to have a Doctor on board since things can get out of hand with how many people keep dying here. I do think his idea to keep the windows open doesn’t make a lot of sense when there is a murderer running around though. Seems like it’s better to just endure the stuffy air in that circumstance. Better than being bit right?

Then we have Glieb who is the big suspect. The guy doesn’t make things easy on himself. He always looks really suspicious and knows about the vampire rumors but still makes sure to run around playing with bats. He doesn’t have a whole lot of awareness here and going to each of the murder scenes wasn’t really a good look. The guy’s also not that subtle with how he was trying to steal the fruits away from the table. The worst part is that Gussie would have given him some so why try to steal them the whole time? I definitely wasn’t a fan of this guy but I suppose you always need the “obvious” suspect to keep us guessing.

The movie really flies by so all of the plot elements occur pretty seamlessly. There isn’t a whole lot of action as the final scene is the only real battle moment. Still, the mystery keeps you engaged. It’s a very simple story but one that is executed well so it all works out. The writing is on point and it doesn’t go for any real shock value type moments. It’s all just about the atmosphere and watching Karl try to piece things together while being ridiculed and distracted by Gussie. She certainly wasn’t making things easy on him.

Overall, The Vampire Bat is a pretty solid film. I suppose it’s probably one of the first big vampire type films since 1933 was so long ago. It definitely beats most vampire movies that I’ve seen. Of course it’s going for a pretty different feel than something like Dracula but I dare say that it nails this approach quite well so maybe more films should be like this. Mystery is a good genre that works well with most so it comes as no surprise that it would pair well with vampires as well. Right from the start you have to decide if you’re on Karl’s team or not and that will affect how you view the rest of the film. The important takeaway from the film is naturally that you should always lock the doors and definitely do not under any circumstances leave the windows open while a mass murderer is at large. Do those things correctly and you reduce the chance of being murdered. That or get a guard dog, the dog did very well in this movie. It only appeared for a scene but definitely took charge.