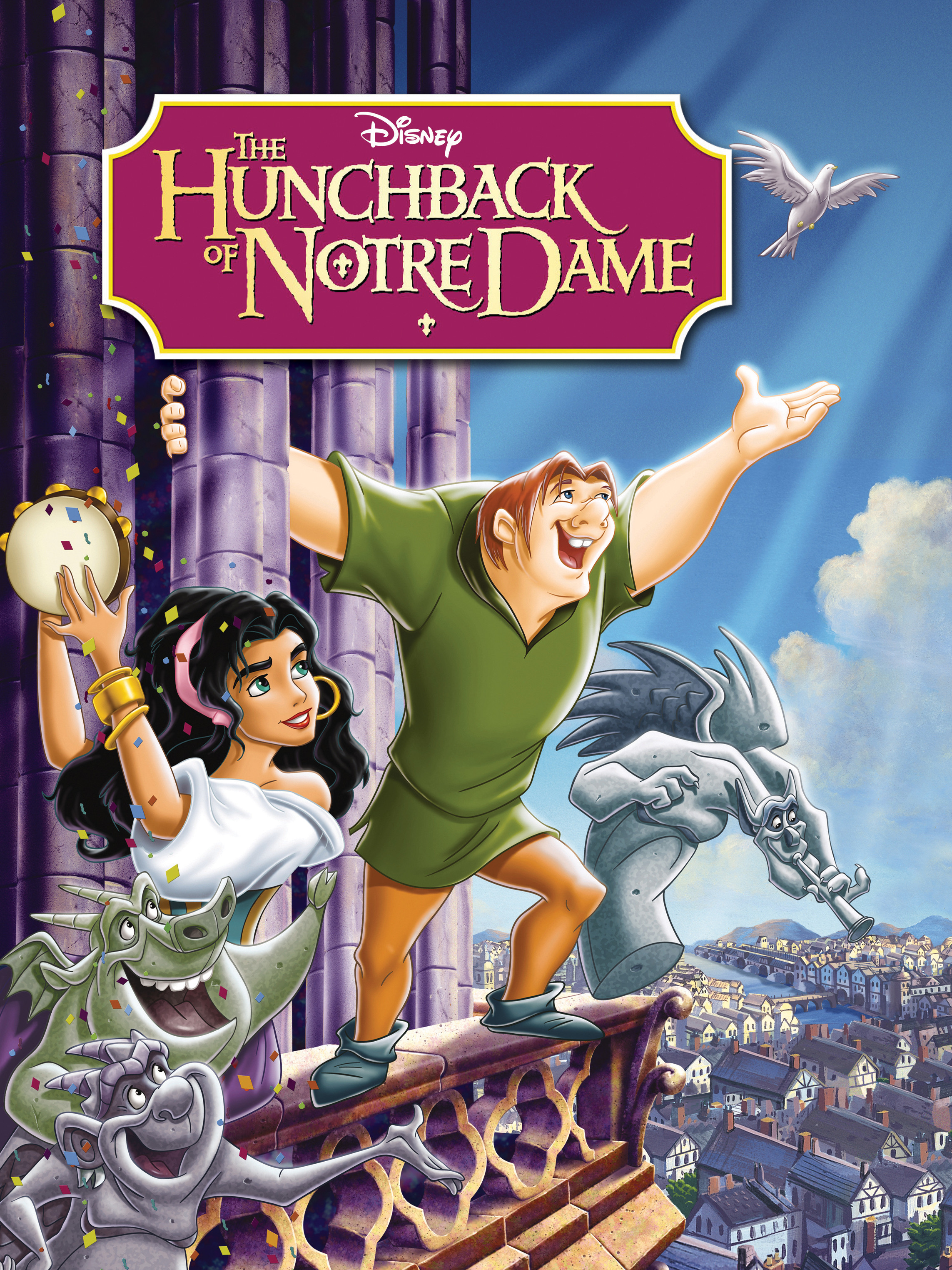 The Hunchback of Notre Dame is definitely quite a bit darker than your average Disney film. Someone breaks their neck in the opening scene and from there it only gets darker. The movie does a good job of balancing this out though so it stays intense without going into super gritty territory. I wouldn’t say that it’s quite on the level of something like Frozen but this is a very good film. I thought it had one of the most memorable songs from the villain which definitely mixed in well with the flames everywhere. If you want a very atmospheric title then this is the one for you.

The movie starts with Claude going around murdering people as per usual. He manages to destroy a mother and goes for the child when a member of the Church shows up. He scares Claude into having the boy adopted instead. This boy would grow up to be known as Quasimodo. His body is quite deformed and so Claude has decided to hide him away in the church for all eternity. The Church doesn’t seem to have any qualms with this and Quasi was brainwashed as he was growing up to never leave the room. Still, he hopes to leave someday to experience life outside of the walls. One day he gets his chance and sneaks out. There he meets a dancer named Esmeralda and they become quick friends. Can Quasimodo keep this secret away from Claude? Additionally, Quasi may have to choose a side soon because Claude has decided to ramp up his efforts to murder all of the gypsies in the land.

The plot of having the villain trap and trick the hero is definitely a Disney classic. It wasn’t so long ago that I saw Tangled with a very similar premise. The idea is to manipulate the hero right away so that he just doesn’t know any better. I would argue that Claude is a little less obvious than the villain from Tangled but of course it would still be nice if Quasimodo has escaped earlier on to get into the spotlight. It doesn’t help that in his case the townsfolk probably will be pretty mean to him since they’re never happy to have someone who looks different. There’s a whole contest in the town about making fun of people. It’s not the nicest town so in some ways it’s not like Claude was totally lying about it, but of course we all know that his intent wasn’t exactly just. He knew exactly what he was doing the whole time.

As a main character Quasimodo’s not bad. He certainly means well and is a pretty nice guy. Things don’t always work out super well for him but he’s earnest. He does help Esmeralda when things get tough and at the end he’s pretty understanding. I wouldn’t call him one of the better characters, but he’s not bad. Then you have Esmeralda who is a pretty strong heroine. She does a good job of rebelling against Claude and making a mockery of his events. In some ways she’s a lot like Zorro as she uses her athletics to get the better of her opponents. The fact that she can actively fight is definitely very good and so she’s a standout character here.

Next up is Phoebus and he is a worthy counterpart to Esmeralda. He’s a soldier in the army who wants to do his best but gradually sees more and more how corrupt the whole thing is. Eventually he has enough of this. Once he turns away the guy never looks back and was definitely crucial in helping one of the families from a burning house. He does let his guard down at times but fights rather well. There are a few supporting characters like various gargoyles flying around but I wouldn’t say any of them were particularly entertaining. I understand why they’re around though as Quasimodo’s scenes may not have held up as well without them. He needs someone to talk to after all. I’d also say I was less than impressed with the main priest. He talks tough but ultimately doesn’t really stand against Claude.

As the main villain Claude’s definitely not one of the better ones. He reminds me a whole lot of Jafar. He’s more interested in scoring the main villain than in something more ambitious like taking over the country. He already has great influence within the town even though he doesn’t like the people. He just wants to eliminate the Gypsies at all costs even though he can’t decipher his own feelings. It’s part of what makes the Hellfire song pretty intense though. The villain songs tend to be quite memorable and this one is no different. It has some of the best background visuals I’ve seen in a song since Aladdin and there’s always something going on. So while I can’t take Claude seriously as a villain, at least he has that going for him.

In general the animation is quite striking and is easily one of the best looking Disney films. I dare say it even looks better than some of the ones that would come afterwards like Frozen, Big Hero 6, or Tangled. The colors are very sharp and all of the movement is on point. It may even be the best looking Disney animated film when I think about it. The songs from the Gargoyles don’t really rank but the villain song alone puts the soundtrack on the map as well. The writing is on point and so the film succeeded in all of the key areas. As I mentioned, the film doesn’t hold back on being quite serious as well. I was not expecting the opening scene to be quite so sinister and it sets up some tension right away as Claude is willing to do whatever it takes to win.

There is some romance in the film which I admit was not handled all that well but I was glad there was no drama with Quasimodo. He is satisfied being a good friend which is important. For Esmeralda and Phoebus, they only just met so the whole thing seems rather rushed. I think you could have axed that plot and it wouldn’t have really hurt the film at all. You could use the extra scenes to maybe show the Priest actually fighting back against Claude. That would have looked really good for him at least.

Overall, The Hunchback of Note Dame is a solid film. The movie feels very high quality throughout and the pacing is quick. The movie definitely goes all in on making Quasimodo deformed to the point where he may be a little harder to look at compared to other main characters but does underscore that he’s a good guy. The narrative irony being that the main townsfolk are the real monsters here as they eagerly go about trying to put others beneath them. The town seems very mean spirited in general so it’s good that there are some heroes around. Phoebus and Esmeralda will likely go about making the town a whole lot more hospitable in the future. It’ll be interesting to see what happens in the sequel since by now things should be looking up. I suppose there are probably still enough corrupt people running around to keep on messing things up though. It’s hard to change the whole place in a day.

4 thoughts on “The Hunchback of Notre Dame Review”