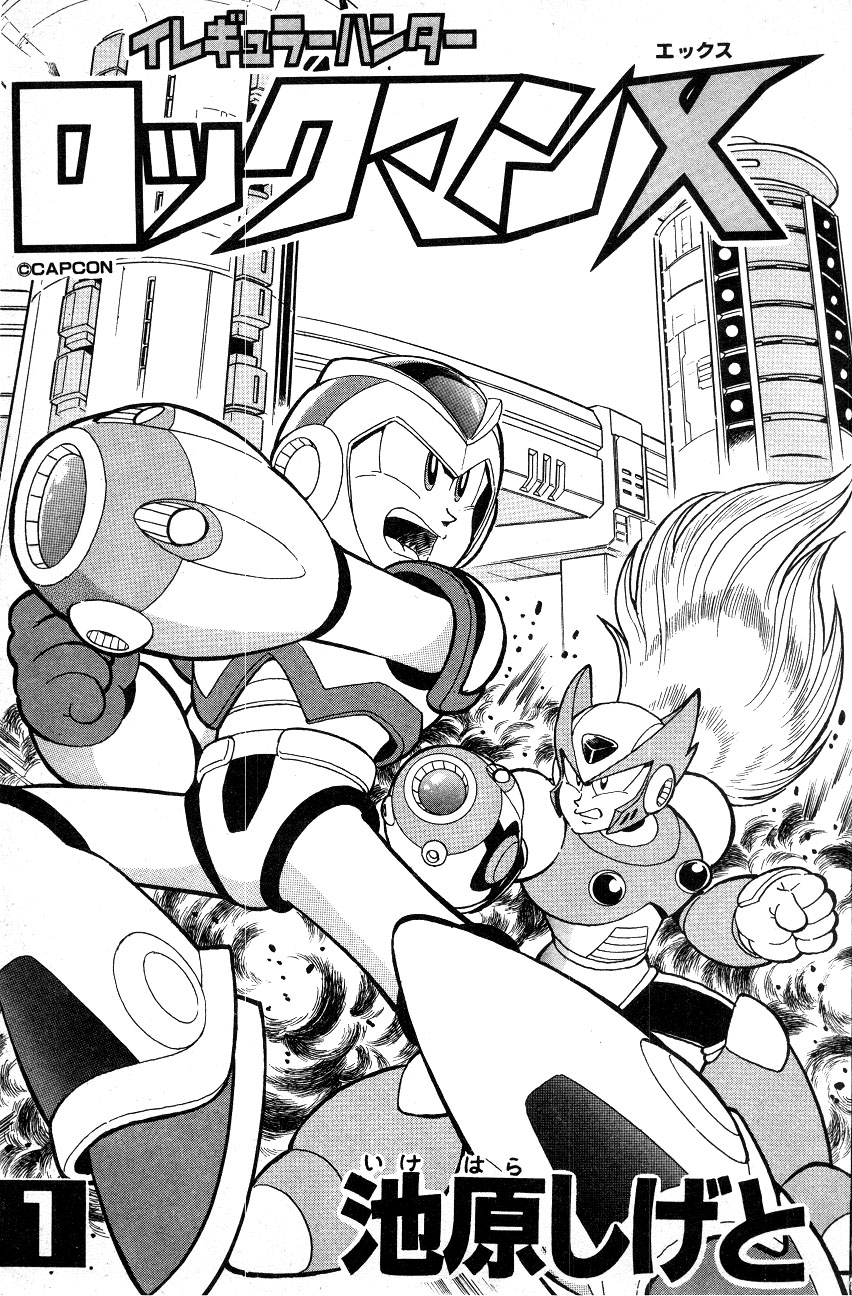 Mega Man X has had quite a few different manga titles over the years. This one seems to be one of the less popular adaptions but it’s definitely a very strong manga. I liked that we actually got to see a matchup of two Reploids fighting each other who weren’t X, Zero, Axl, Sigma, Vile, or someone big like that. It makes for a pretty fun outside the box matchup. In general the manga is just very strong with solid artwork, a good story, and solid pacing. It’s a great adaption of the first game and it’ll definitely keep you wanting for more.

The story starts by introducing us to the world of Mega Man X. Reploids are now used to help in just about every area of life. There are some who have gone crazy though and believe that Reploids should be at the top of the food chain. They become Mavericks and are put down by the Maverick Hunters. The Hunters are led by Commander Sigma and his top warriors are the S Class hunters like Zero and Vile. X is the main character and he’s solid but at a lower ranking. His physical abilities aren’t quite as good as the others but he wants to be S rank someday. More and more mavericks have been popping up every day so this is X’s chance to prove himself.

In a lot of ways X is very similar to the classic Mega Man. He’s all about peace for the future and only taking down villains when there are no other options. Mega Man has been through many incarnations over the years and the same goes for X but the main constant is that he is usually the most emotional one. He is known to cry as he slays the enemies because he values life so much. It pains him to take down the Mavericks but he knows that not doing so would lead to even more casualties long term. So he does what he has to.

X is also very loyal to his friends. Even once Zero is stated to be a maverick X refuses to believe this and opts to let himself be destroyed instead of going and taking Zero down himself. Of course it would have been even better if he suspected Sigma but part of X’s character is that he believes in the best for every character. Naturally that includes Sigma as well. X is shown to be a very capable fighter here though and he consistently improves throughout the manga. I think fans will definitely be satisfied with how he looks here.

Zero definitely looks great here. He is definitely known as one of the strongest hunters of all time for good reason. With his Z Saber at the ready he just goes ahead and lays waste to all of the enemies in his way. He’s very quick to notice Mavericks causing trouble even when they weren’t on the official list to watch out for. Zero’s a very pro-active hero and one who always stays alert. He’s definitely the best character here. Vile’s also a fun S rank Hunter although of course he is one of the big villains here. In a fair fight it’s fair to say that he wouldn’t stand a chance against Zero though. He’s more of a ranged fighter which doesn’t match up so well against Zero’s up close and personal fighting style.

Sigma is also a pretty fun villain. The guy definitely has a lot of plans for the future. This was all really just the opening gambit for him but either way it was a solid plan. He’s an iconic Megaman character and I would consider him to be an improvement over Wily. This guy just feels like a huge threat in part because of how powerful he is. We get to see that briefly when he fights with Storm Eagle and easily dispatches him. I really liked that fight as Sigma did a good job of maintaining his cover this way. It just fleshes out the events of the game a lot. That’s really one of the big things that the manga did so well. It just takes the story of Mega Man X1 and really adds a lot of detail to everything. All of the mavericks are given some extra character development here like the rivalry with Snow Penguin and his fire counterpart as well as Storm Eagle’s absolute confidence. You like to see that because it changes them from just being another robot to be defeated. The Mega Man X games already did have extra detail compared to the classic games and this just took that to the next level.

Whenever you go through a Mega Man X adventure it always makes you wonder how we got to this point from the classic days. A lot certainly happened and this is far enough in the future where Dr Light and the others are long gone by this point. In a lot of ways the world feels like it’s at peace more compared to the classic one but then the Mavericks keep on spreading more and more until by X8 it feels like the world isn’t doing so well. It’ll be interesting if the manga titles also give off this feel. In this game at least I feel like things are still pretty hopeful right now.

The artwork is definitely really good here. The character designs are on point and the action is really solid. You really feel the weight of each battle and it all just flows together really nicely. I also liked seeing X with Zero’s buster even if it was brief. Zero was definitely right that this wasn’t a good idea though. You can’t just switch out weapons and expect everything to go over very well. It does seem like Zero’s weapon was a lot stronger though so no wonder he is always winning matches. X started to even things out with his various upgrades though. Once he has all of those he probably is the strongest Maverick Hunter. The adapting tech Dr. Light gave him certainly paid off quite nicely. 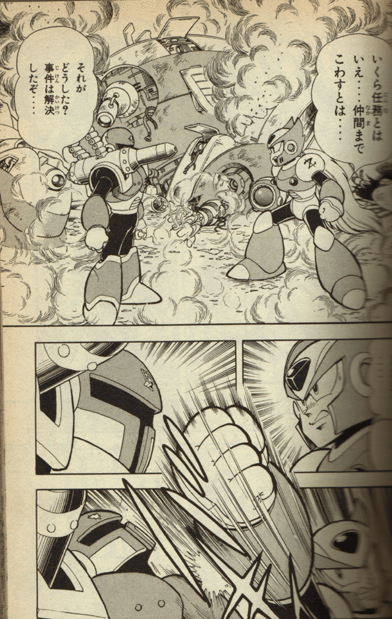 Overall, Irregular Hunter X is a very solid manga and I would highly recommend it. It’s over pretty quick so you’ll feel like the adventure ended as soon as it began. Still, you couldn’t ask for much more than what you got in these two volumes. Every character is given their chance to shine. The writing is on point and this should definitely get you interested in the original Mega Man X story. Soon I’ll be checking out a bunch of other Mega Man X manga adaptions so it’ll be interesting to compare them directly. It’s hard to picture them beating this one but they do have the advantage of having some bigger scale stories coming up. This one set the ball rolling for all of the other stories so they can just jump right into the action instead of introducing the characters.