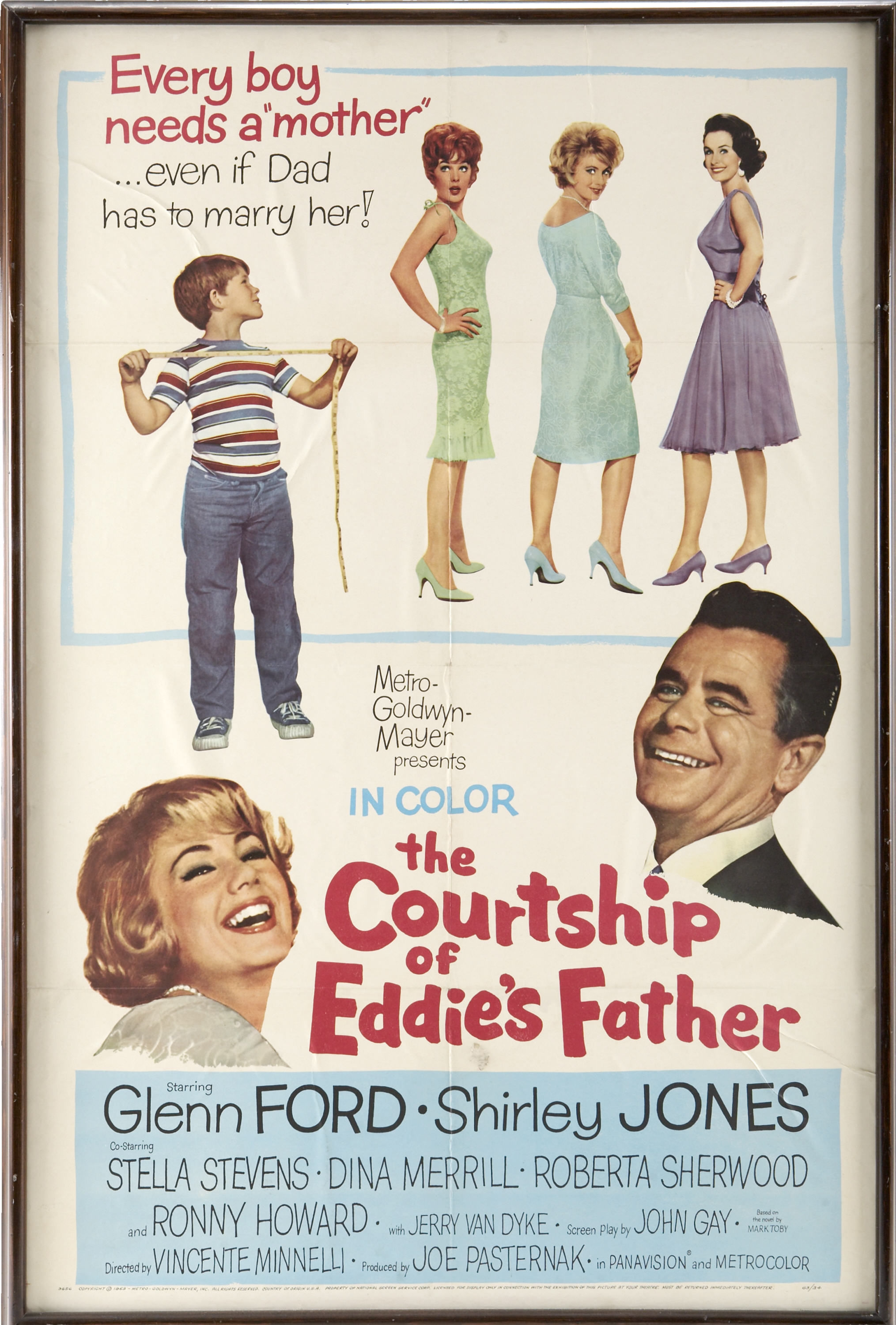 Time for a rom-com film from a while back. So right away I had some concerns here because a kid was going to have a big role in the film. As you may know, kids tend to distract from the film going on with a lot of their crazy antics and holding things back. Unfortunately Eddie is no exception and easily the worst character in the film. Fortunately the rest of the movie is still pretty decent and it’s a film I could recommend. I just think it could have been even better if Eddie himself just wasn’t in the mix the whole time.

The movie starts by introducing us to Tom. He’s a man whose wife recently died so he’s doing his best to go on with life as normal. Unfortunately Eddie isn’t happy about this and wants to have a Mom again. Tom assures him that the two of them will be okay but Eddie throws fits and begins crying all the time. So Tom begins on his journey to find someone and ends up meeting a lady named Rita. Unfortunately Eddie doesn’t like her because he wants Tom to marry their next door neighbor Elizabeth. There are a ton of reasons why this shouldn’t happen, particularly that Elizabeth was Tom’s wife’s best friend. You’re not really going to marry her best friend right? Right?….well we’ll see if Tom can stay strong.

So I’ve already wrote about Eddie but lets wrap up his character now so we can move on to the others. He’s just really not coping well at all and tries to deflect this all the time by saying that Tom isn’t happy. You can see how visibly confused Tom was because they had just finished watching a movie that he enjoyed quite a bit but Eddie quickly threw cold water over the whole thing. Throughout the film Eddie is constantly projecting like this and Tom ends up being under a lot of pressure to find someone and fast. Then you’ve also got the scene where Eddie is rude to the girl at camp. This is already bad but even worse is the fact that everyone in class was always teasing her so Eddie had been the girl’s only friend. This sudden betrayal would be hard for the girl to deal with and this is never brought up again. Eddie’s just really mean throughout the entire film and every scene with him will have you cringing.

As for Tom, he’s okay but I wouldn’t actually call him a good character either. First off, as much as Eddie whines about the whole thing, that shouldn’t be enough to just make him find a new wife so quickly. Then you’ve got the fact that you can’t really take him seriously in these new relationships. He is seemingly interested in 3 women during the course of the film, Dollye, Rita, and Elizabeth. Dollye is taken off the table early on but with Rita and Elizabeth the guy can’t make up his mind. He actively goes on dates with both of them and doesn’t see any problem with this. Inevitably one of them won’t have a happy ending here.

Like Eddie Tom tends to lose his cool pretty quickly though so that also hurts him as a character even aside from not being able to make up his mind. He’s constantly insulting Elizabeth so it’s no wonder that they didn’t hit it off. Additionally when he tries to turn her logic against her when she rightfully points out that he’s always scared and pouting…it doesn’t work. He tries to say that she is also afraid of being in a relationship except that she is still going out on dates and has a solid gig as a nurse so…his argument was terrible from the start. She’s also the one making the effort to go to his place and see Eddie so this is a one way street.

Elizabeth is a decent heroine but I also feel like she was moving in rather quickly with romantic intentions. So, this goes back to the ole rebound that I always speak against in these films. If your wife just died or you split apart, you can’t move on to someone so quickly. How serious were your feelings if you are already prepared to move on? Both parties are suspect there. Even though Tom is meant to be wrong in his speech about how Elizabeth was just there to get married…this did start to go in that direction rather quickly so was he really wrong? Elizabeth said she went there platonically but it sure didn’t stay that way for long. Additionally Tom was the one starting to seem desperate as he kept inviting her for drinks. Yeah, I can’t give that guy a thumbs up.

Rita was a pretty reasonable character as well. She was also interested in Tom from the start and did her best to claim him. Unfortunately Eddie was always trying to ruin things there. She handled things quite rationally and in the end it was Tom who just tossed her aside once he decided to be with Elizabeth. I appreciate the fact that the film didn’t immediately try to make her some kind of villain or anything like that. Rita stayed as a solid character throughout so I appreciate the film’s restraint.

The other two supporting characters were Dollye and Norman. I was fine with both of them being written out rather early though as they got their own subplot because they weren’t quite as interesting. Dollye definitely had a very odd first appearance. Fortunately it went well but if I were Tom I definitely would have had doubts on the request. Her overall quest is good though as she works to get more outgoing. It’s a very noble goal and one worth pursuing. Meeting up with Norman was quite fortunate for her because that guy is quite good at being bold and letting this be known far and wide. Whatever the guy wants he gets. Definitely not the most trustworthy sort but you hope things will work out for them.

The writing is pretty fun though. We do get some nice scenes of humor particularly with the maid who is trying to learn Spanish. She has clearly put in a lot of work to her craft and is just a likable person. She does try to look out for Tom a bit in her own way. In general while I may not be big fans of the main characters or the romance in general which I found to be a bit weak, the film itself is nice and interesting. I wouldn’t really say there is a whole lot against it beyond that. The film is reasonably long and a lot happens. It may drag on a tad at points but not enough to say it’s a bad film. Put it this way, you should have a good time giving it a watch but it probably wouldn’t rank for giving it a re watch after that.

Overall, If you can get past the fact that the characters are going for a rebound romance then this is a decent film. It’s a film that would have benefited from not having Eddie participate at all though. Seriously, the kid really didn’t need to be here. Without him the story would be a lot tighter and you could probably even develop the romance more since it wouldn’t all just be from pressure that the kid provided. If you ask me that’s a winning combination. I somehow don’t think Eddie will be going back to camp after all of this though, he certainly burned all of the bridges he could have there and the little girl isn’t likely to forget his final scene either. Maybe he could be more likable in a sequel if we get a big time jump or something.