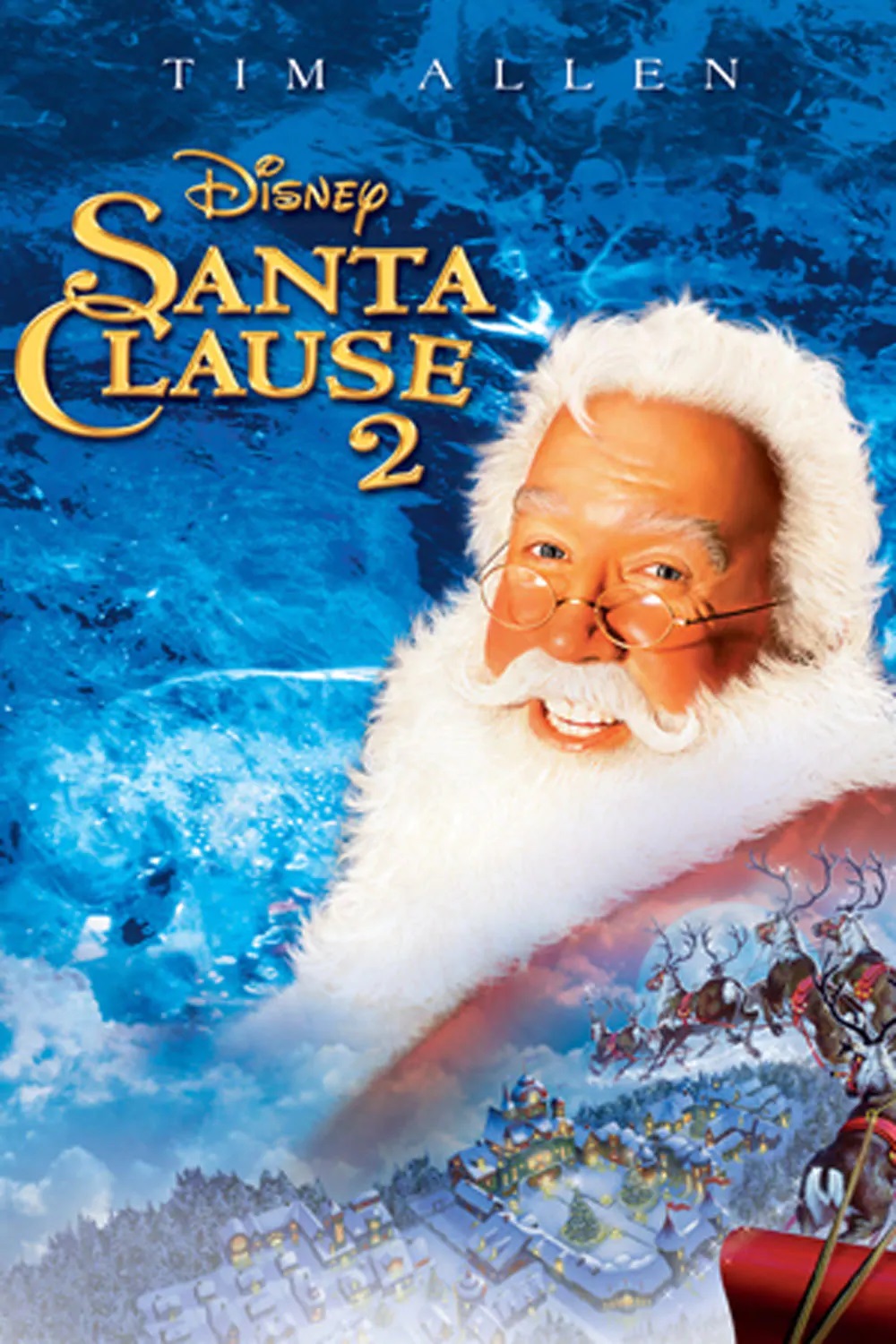 Time for the big Santa sequel! This time we’ve got more of a focus on the North Pole as they get their own subplot but there are still enough human scenes to keep you going. This one goes for more of a 50/50 blend so while it can’t quite touch the original, I’d still call it a pretty good film. The human world stuff is really solid as expected while the North Pole action isn’t as engaging. It is pretty fun to see the fake Santa’s facial expressions though as he reminds me a lot of the Cat in the Hat.

Scott is now an expert Santa who has done well at Christmas over the years. Unfortunately there is now a snag in the operation since a new Clause has been discovered in the contract which states that he has to get married or lose his powers. The whole thing is pretty suspect and forced for drama but I guess we have to roll with it. Santa heads back to the human world to find someone to marry while Bernard and Curtis stay back to look over the Pole. Unfortunately they are unable to do this on their own and create a Santa robot to rule until Scott returns. Unfortunately the robot has other plans.

Right from the jump there is an issue with this premise. Before Scott showed up in the first film, Bernard was perfectly able to look over everything without help. Why do they need a fake Santa at all? Also, keeping the secret of the real one being away doesn’t serve any real purpose if you ask me. I don’t see how the Elves would panic without Santa being around and this led to the circumstances of the fake taking control. So no part of the North Pole subplot was thought over all that carefully. None of it makes all that much sense so that was unfortunate.

This plot just isn’t very interesting in part because I don’t like Curtis as a character. He’s got to be the worst elf as his plans tend to be terrible and he always gets in the way. Bernard would do a lot better without him. At least fake Santa was fun by the end when he really thrived on being the villain. Still, he’s a bright point in what’s otherwise a bit of an uninspiring plot.

Back at home, Scott has to deal with a lot of drama such as Charlie being a rebel at school now. He has started defacing school property and has just become a delinquent. The film tries to show that it’s because he wanted to stand out a lot so Scott would come home but when you remember that he has a globe which summons Scott at will..the whole thing seems odd. It also seems to hint that Scott would just never visit him which doesn’t seem to be in character. I don’t see him suddenly losing track of time and staying at the North Pole. That just wouldn’t make any sense at all.

I’d say what I’m getting at here is that the writing was particularly weak. There are still a lot of fun moments here and I would call the movie a pretty good one, but it’s no longer great. There are enough things holding it back where it just has to settle for being a bunch of fun where you don’t look at the story too hard. It’s the definition of a forced sequel in that regard. The writers clearly needed an excuse to have the characters back again so this is how they went with it.

Fortunately Neal isn’t written out entirely so we get some nice scenes with him and Scott. The dynamic is a little different now since Neal likes Santa a lot and Scott has less disdain for the guy. He still does make sure to interrupt Neal and constantly mock him though so I can definitely appreciate that. Their scenes together are still a lot of fun. Scott is also able to instantly control the room once he arrives at school and defends Charlie well.

Of course there has to be a romance plot here based on the premise of the film. So at the school there is a tough principal by the name of Carol. She runs a tight ship so naturally the rebels at school don’t like her. Well, Scott is on her side with this and eventually the two start to get together but the main issue is that Scott will have to break the news to her about being Santa. As a kid she had a traumatic experience about that so it won’t be easy. Can Scott really convince her of this?

In a way that shouldn’t be hard because Scott performs a bunch of miracles during the film. One of the better moments for him was definitely at the work party where he gets everyone exactly what they wanted for Christmas. Fortunately he did it as a bulk order so it only cost him a magical point. It’s nice because Scott is always a very good natured guy and he just wanted everyone to have fun. He certainly accomplished that very well and I do feel like that’s proof enough for Carol to believe him. I do understand not wanting to believe Santa is real though because it’s hard to wrap your head around that.

Carol’s a solid character throughout and she was definitely in the right with all the school scenes. There’s no way to defend Charlie and that’s why the kid is a terrible character here. Carol isn’t even being mean or doing anything extreme. She’s just laying down the law that you can’t post graffiti everywhere and expect to get away with it. Carol’s stern but a very fair character and never for a moment did I think that she was in the wrong during any of her appearances. If she doesn’t create some law and order now then it’s only going to get worse for the kids later on.

Overall, The Santa Clause 2 is a weaker follow up to the first one but it’s still a good movie in its own right. If the first one didn’t exist then this would still be a fun standalone film to recommend checking out. The continuity boost helps at least boost the fun factor since it’s always nice to see the characters return. If you really liked Charlie in the first movie then the character assassination of him suddenly being a rebel may hurt the film more for you but otherwise you’ll be fine. There’s still a good amount of humor here and solid scenes in the real world. As long as we have that then the film is set. Now if the third film removes that…well we’ve got a problem. You’ll see my review of that one shortly.