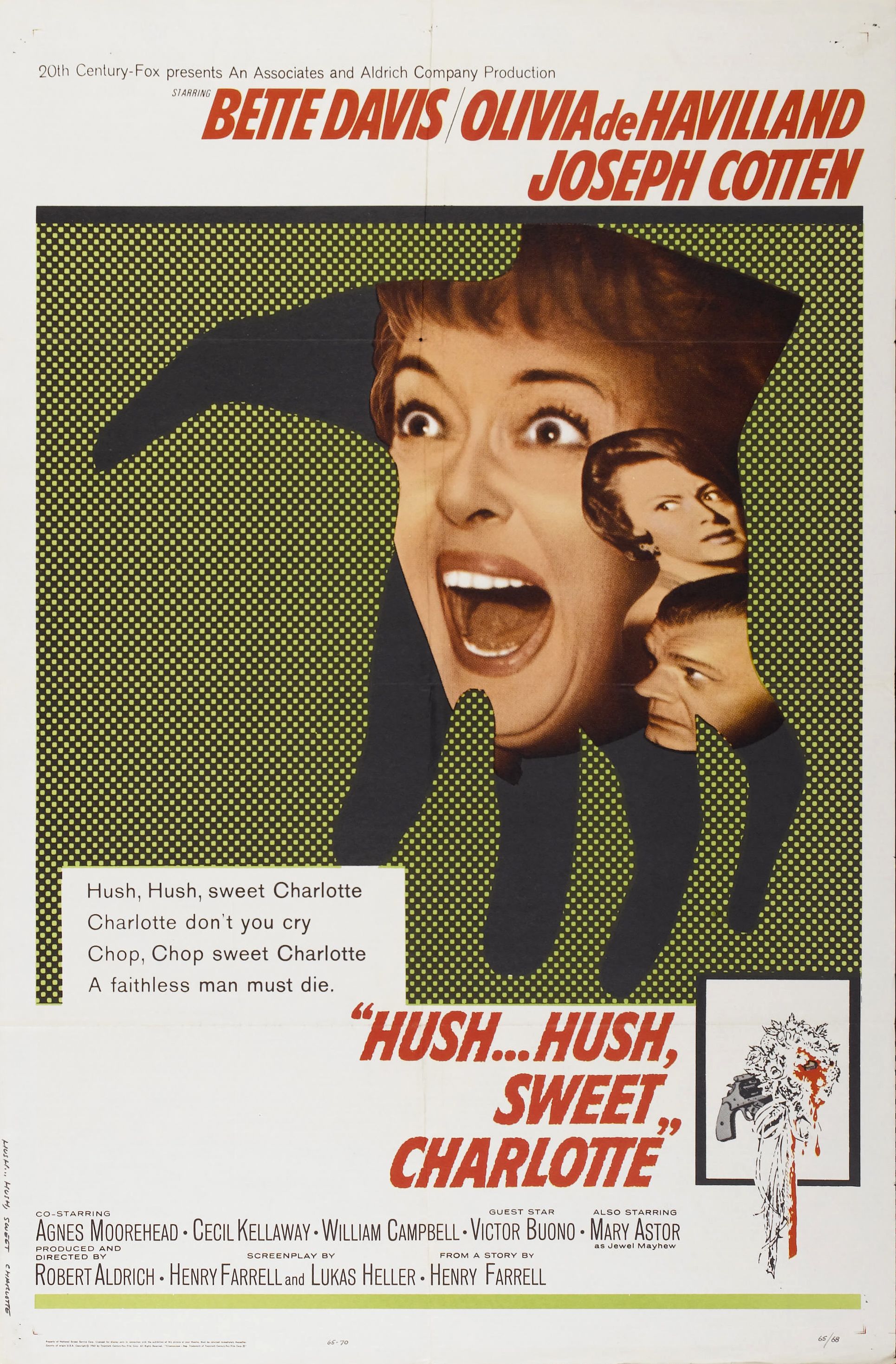 Whenever you have a film where the main antagonist turns out to get bullied by another one, you have to handle things delicately or the whole project is liable to fail. Can you really take such a turn of events seriously? Now you can handle this quite well in an action setting but in more of a dramatic fashion like this one? Well, it definitely raises a few eyebrows. This film is fairly good all things considered but I do find parts of it to be rather unbelievable. I have to question the writing at times as well.

The movie starts with a flashback where we have a lot of drama going on. Charlotte’s father finds out that she intends to run off with this whiny guy named John. John is already married and both characters know this but he intends to cheat on his wife anyway. Charlotte is cool with this so keep in mind that from the start we know that she’s not exactly a heroic character. Well, the father forces John to turn Charlotte down but he quickly gets hacked to bits for his trouble. We fast forward a few decades and Charlotte is now an old lady that nobody wants to hang out with. Everyone believes she murdered John and people give her a wide berth. The town has tried to be patient as well but her house is supposed to have been torn down but she refuses to leave it. She even goes as far as to shoot at the workers.

Fortunately her cousin Miriam has returned to help smooth things over. Charlotte wants her to convince the town to let her stay in the house but Miriam says this is impossible. Miriam intends to convince Charlotte to leave. The issue is, if Charlotte is still a vicious murderer, is Miriam really safe? Perhaps she should leave quickly. The town is in a tough spot either way since Charlotte has a gun and isn’t afraid to use it. From here on out we get quite a number of twists and turns as the plot goes underway.

And that’s no understatement…there are a ton of twists here. Some which make more sense than others. I’ll go through this while sidestepping any big spoilers and reveals. For starters though, this is the kind of movie that only works with a lead character like Charlotte who is consistently giving everyone a hard time and isn’t very smart. She rarely knows what is going on and panics about everything. There are several times in the film where there is a twist later on that should not have tricked Charlotte the first time but only did so because she handled the whole situation horribly. She badly needed some more will power for certain things.

I also thought she really sunk in terms of personality and toughness by the end. She goes from openly threatening to murder everyone at first and being the toughest character in the room to suddenly being pushed around by everyone. It was hard to watch Charlotte by the end because she was falling for everything. She really needed more of a backbone and it’s just hard to believe because of how tough she was at the start. I admit that the whole thing just didn’t feel particularly earned.

The film’s pretty tame aside from the opening scene. The guy getting axed to bits can be surprisingly intense since the rest of the film is much more of a low key thriller. That said, many of the characters also make similar decisions where they look terrible. You’d think the guy getting hacked to bits would have run off somewhere right? At least reacting a bit more would have made sense. Then you’ve also got Velma who is pretty nosey and tends to find out quite a lot but is very obvious about it. If you’re digging up some dirt about the villains, why would you walk up to them and explain how you’re going to go to the police? It’s just not a smart play by any stretch of the imagination. It’s awfully convenient for the villains though.

Then near the end of the film you have two characters loudly talking about their entire plan in detail for the world to hear. They’re laughing, drinking, and basically having a party. One of them even throws a glass cup away where we hear it loudly shatter and they continue on with their speech. This isn’t in a secret room or anything. No, it’s right in the front yard so that doesn’t make things any better either. It’s a scene that doesn’t make much sense at all, but it is what it is I suppose

So the writing’s not amazing in moments like that. On the whole the film has good enough writing where the plot is interesting. It’s just that when you really zoom in on it, things don’t really seem to add up the way that they should. That or the characters just act very unnaturally in order to get the plot moving. I would argue it starts up right from near the beginning of the film. Still, the movie did have a core focus and a real story unlike other similar titles like “Whatever happened to Baby Jane” which were just awful from start to finish.

I already spoke at length about Charlotte and why she’s a pretty bad character. Miriam no better here. She has her own set of issues and loves doing a lot of different manipulation tactics. Then you have Doctor Drew who seems rather desperate throughout the film. He’s not really someone you can trust all that much to get the job done. Finally there is Velma who is at least more of an interesting character than a lot of the others. Too bad she isn’t very smart though or she could have been a standout character.

The movie’s ending is pretty conclusive though and does end the film on the right note. It’s pretty much an ideal ending in a lot of respects as everything is wrapped up nicely. The film manages to hold onto some points thanks to that. I do think the movie started out better than it ended though. The movie could have gone in a much different direction and I think it would have worked out better that way. Charlotte’s personality shift is still something I can’t really come to terms with.

Overall, This film was really skirting between a 5 and a 6 the whole time. It’s certainly not a bad movie but just how good was it? It was interesting upon first watch although I wouldn’t say there is any replay value to be had here. The writing was rather weak during the film but at least the script was okay. It’s hard to believe almost anything going on in the film so you do need to suspend your disbelief for a bit. As long as you do that then you’re fine. So I’d say that the film ultimately clocks out in the middle. It was close to breaking out but has too many flaws. If you’d like to check out more of an intense mystery you’ll want to look elsewhere.