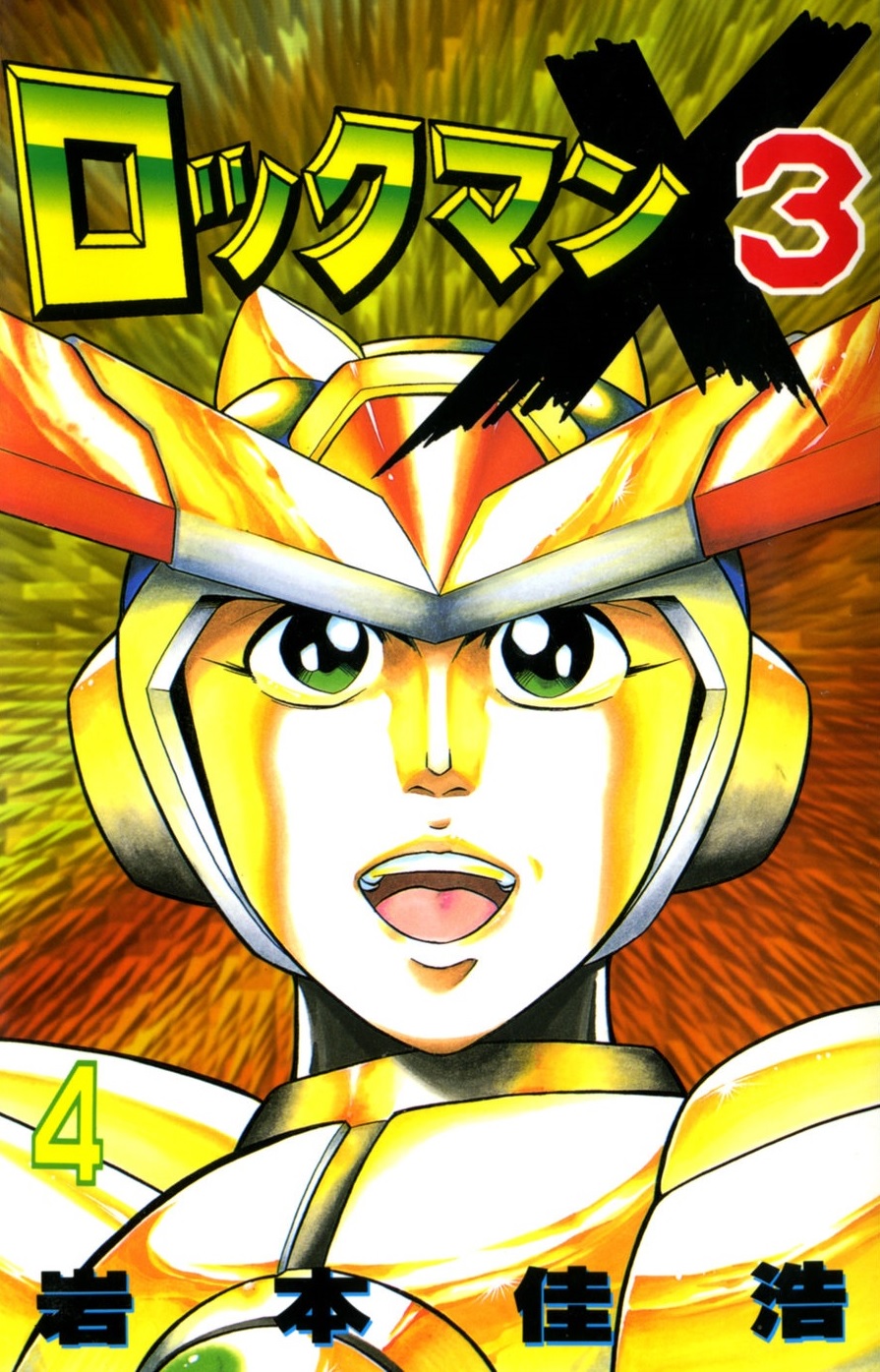 Megaman X has had a pretty good run with the various manga titles. The author really knows how to expand on the general plot and put in ew details where it would help enhance the story. I wouldn’t quite put this above the second X adaption but it’s a good way to kick off the first three stories. In a way this one has the most climactic end of the 3 so far as you feel the whole series could have ended here. There are no loose ends and X has finally mastered his abilities to their fullest.

The series kicks off with Megaman admitting that he is retiring yet again. He doesn’t want to fight anymore and has even deactivated his Mega buster. He is confident that the world has no need of violence. Unfortunately he is betrayed by his own men once more and gets kidnapped by the mad scientist Doppler. Zero shows up to save him but now there are 8 robot masters running around causing havok. Megaman X is forced to suit up once more to stop these guys. Can he really come up with a way to stop them or is it gonna be game over for him this time?

You do have to feel bad for X because every time he has conquered a challenge, a brand new one takes its place. X seems doomed to never truly have a moment’s peace. Every time he even attempts something so bold he is quickly put back in the arena. I do think it may be a bit naive of him to fully expect that no more battles will be needed though. Getting kidnapped was pretty tough. The series does delve into his psyche a bit here. Being betrayed so many times and having to fight has naturally taken its toll on him. This is the series where X finally cracks to an extent. We get a sub plot where X is metaphorically turning into a demon which is a big plot point towards the end of the series. It’s a pretty intense plot to be sure. 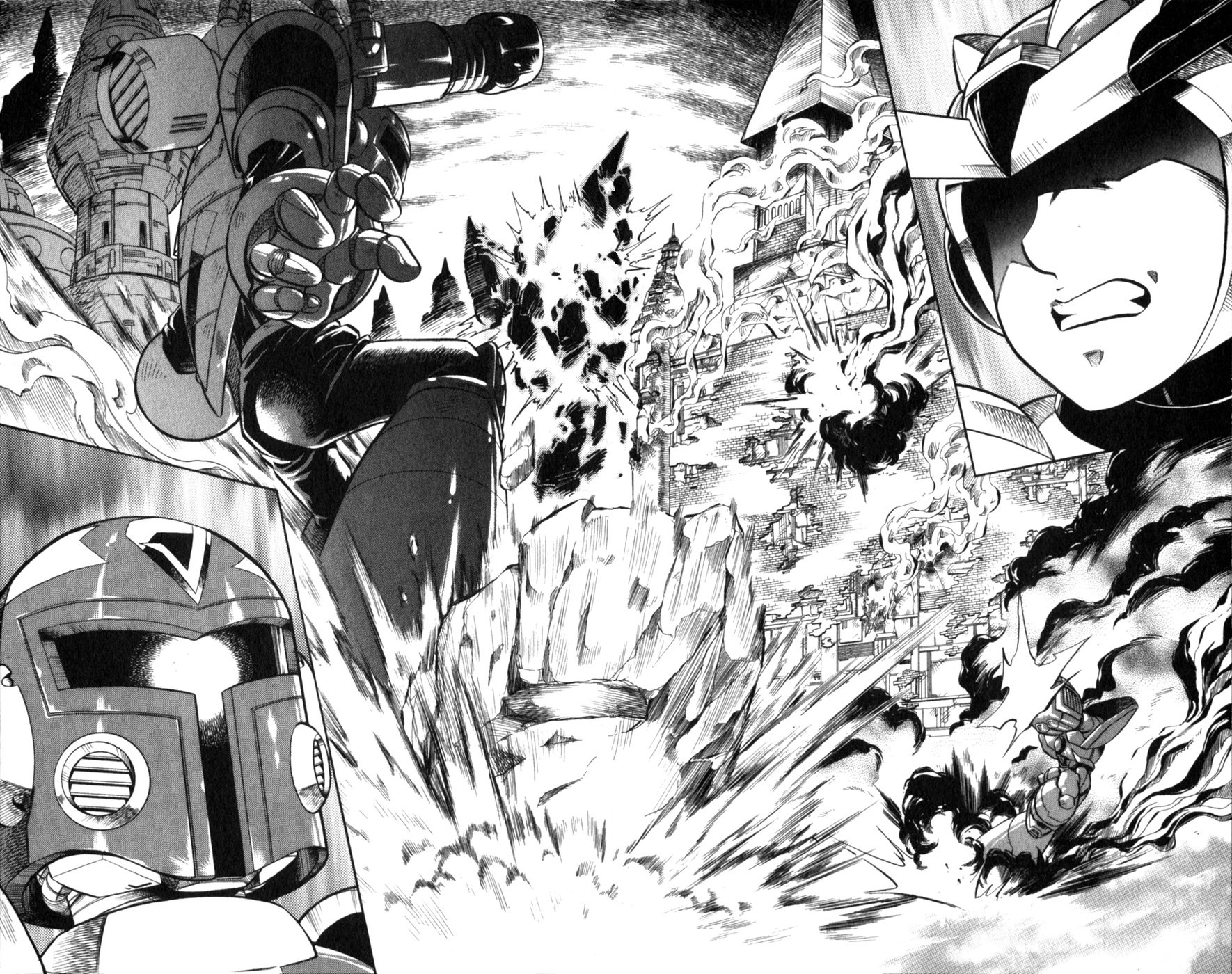 It does make for some epic battles as well although I do have to say it hurts X’s character tremendously. Not so much that he is using the power since he is using it to help everybody but he also starts snapping at the main heroine and anyone who tries to help him. He completely goes off the deep end. It’s clear that X has become desperate but I think this was a bit too much. You’d think he would have been able to control himself a bit better. The final chapter has him back to normal though so I think he’ll be okay going forward but it was quite the change in personalities.

The ending is definitely interesting though. Without going into specifics, X gets a huge power up that makes him very hard to stop. He’s essentially life itself. I’ve never seen a portrayal quite like this for X before so that was definitely a twist. It feels a bit like plot convenience rather than something that should have happened but I suppose it’s unique at least. Just felt like it was like robbing the victory at the end since it wasn’t earned quite as hard as it could have been otherwise.

Zero gets a pretty big role here compared to the other titles since for once he isn’t presumed dead this time around. He has the perfect entrance here since he saves X and uses up so much power that everyone is in awe of him. How can you possibly top that right? I was surprised to see even Zero get overpowered near the end when he had to fight his opponent but it just goes to show how powerful some of the new villains are. Zero even got some character development from the previous titles. as he was more willing to spare his opponents.

Meanwhile the artwork here is definitely on point. The action scenes are intense and you feel the weight of each blow. It can get a little busy at times during the more high-end fights like with Vile and Sigma but you can still get what is happening. The heroes are just fighting at such a high level that there is naturally a lot more power involved at this point. The scale is handled well for sure and then you’ve got the subtle effects like X’s eyes not being shown when he’s in his demon mode to show just how much he has changed from his peaceful self. Even if it hurts his character a bit by the end.

While most of the normal bosses were a bit forgettable this time around, we did get two fun opponents in Bit and Byte. These guys are a cut above the rest of the mavericks and were actually overwhelming X and Zero with ease when they battled. Not just any opponent can do that. The opening fight was definitely one of the standout moments of the manga series because it’s just so rare to see Zero and X on the defensive like this. Particularly Zero who to this point was pretty much unbeatable in 1 on 1 battles. Nobody was really giving him such a difficult time prior to this battle. It makes sense that eventually there would be mavericks who could surpass him in ability though. While these guys may not have been super brave in the end, they definitely left a lasting impression. It was X’s last battle before going into the next stage too so it’s hard to forget that.

For the other robot masters, most of them just come across as rather insane this time around. They’re following the orders of their master but partially this is because they are being controlled like Doppler. It’s not about choosing the side because they wanted to like in the first two games. Only one of them is really able to stay strong. He was an aerial fighter who is sort of like Storm Eagle so he always wanted to surpass Zero in strength. I don’t think that’s going to happen but it’s always important to have lofty goals after all and why not at least aim high right? 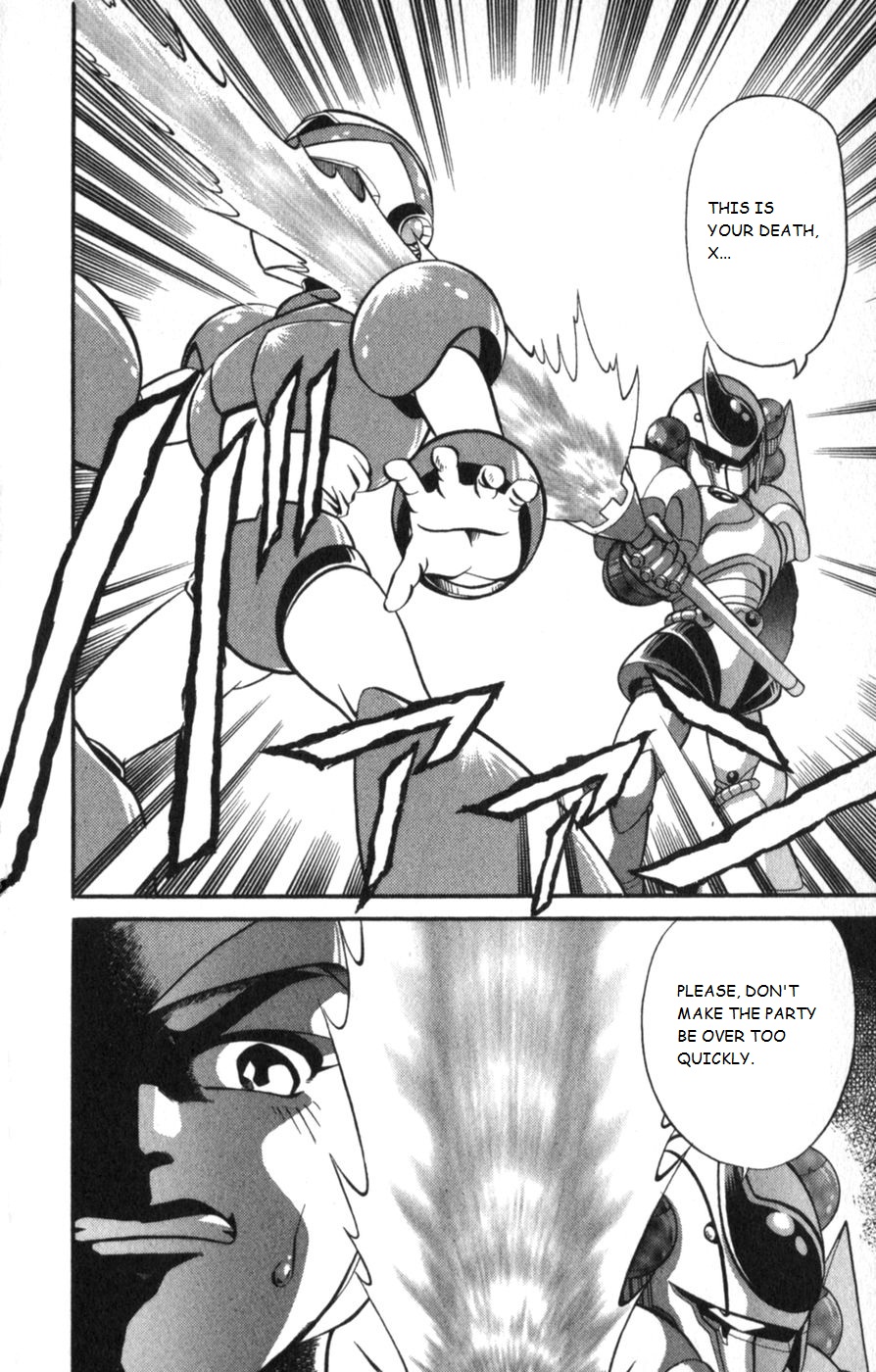 Overall, Megaman X3 is definitely a great manga. The ending in particular is really solid. It’s the longest of the X adventures to this point so there was time for a lot of extra scenes and development to the individual battles. Despite this I would say the first two games had the more memorable villain cast. Maybe that’s because I’ve been through the original adventure in so many ways already though. Either way this one really upped the stakes with the grand finale and getting all of the robots to unite for once. I also enjoyed the beginning with X getting kidnapped since that was just such a different way of starting things off compared to usual. Typically you definitely would not expect things to start like that. X3 remains rather grim and somber a lot of the time with things always turning out tragically for the heroes. The ending is no exception, in some ways its the saddest ending yet so we’ll see how X deals with this in his next adventure. Will he retire yet again or this time will he stay in the front lines?