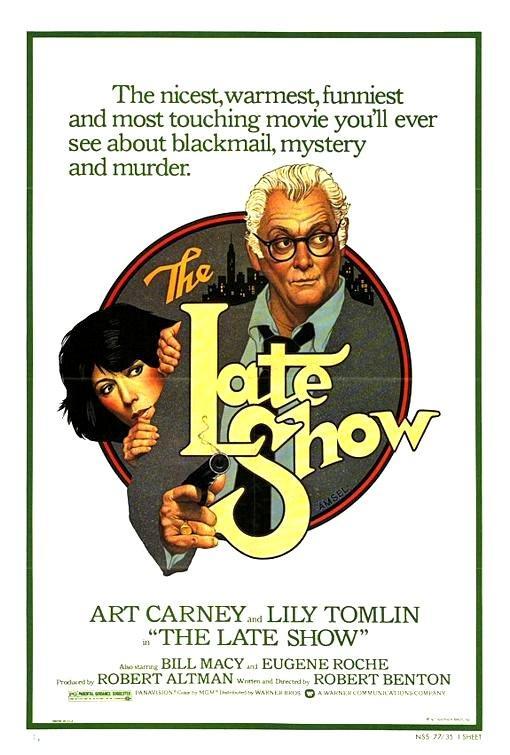 Noir films tend to be pretty fun with their chaotic plans. The lead is always thinking things through quite a bit to the point where they might even overanalyze things at times. Well, this film is no different and plays things out pretty well the whole time. It’s a pretty good film and you should have a fun time here. It may not go down as the ultimate film of the genre that you will remember for all of time but it does hit all of the right beets. The Late Show represents the genre really well so you can certainly recommend this to any fan of the Noir genre.

Ira used to be a pretty good detective in his day but he’s basically out of the business now. He’s quite old and just doesn’t get involved in those situations anymore. Well, one day his partner Harry shows up and dies. Ira realizes that the guy has been shot by someone and decides to avenge him. His only lead is that Harry had been helping out a lady named Margo with…her missing cat? This doesn’t exactly sound like a life or death matter but clearly there is more to this case than meets the eye. Getting information out of Margo will be difficult though. She is a very active person who likes to talk a whole lot so it can be tough to ever get to the bottom of things with her. Still, Ira knows that if he sticks close to her he will get his chance. You have conspiracies, lies, missing people, a possible cheating scandal, and more here. Ira will have to piece all of these seemingly unrelated plots together.

Part of the fun for Noir films is the twists and turns that come along the way so it’s harder to go more in depth with the story. A big emphasis is on Ira being old which the villains take advantage of but Ira dishes it out as well as he takes it. Several of the villains try to strong arm him and that always backfires. A good example of this is Lamar who beats up on Ira after getting in a surprise attack but he gets to feel the same punishment later on. Ira certainly holds a grudge and won’t forget things very easily.

He’s a fun lead and works well in this role. The character of the aging detective who knows all of the tricks works pretty well here. He’s not going to fall for any easy traps and the villains have to do everything they can to make sure they aren’t just completely squashed by this guy. Ira has some health issues in the film which do present an issue but he handles those pretty well too. So all in all I was definitely quite satisfied with this guy. Then you have Margo who is a solid sidekick. She really wants to be helpful so you can appreciate her drive even if she sometimes gets them into a bigger mess like with calling Ira’s other partner. To her defense I guess she may not have known better but considering how crazy things were getting she probably should have stayed quiet. Can’t trust anyone in this kind of situation I would say.

Margo handles the car driving really well as she escaped the tails though. The writing in the film is really solid with the banter between Margo and Ira being a nice highlight. Technically she is doing most of the bantering since he doesn’t talk a lot. He prefers to just think things through in his head while Ira likes to bring everything out into the open and just discuss everything until it makes sense. They have very different styles for sure.

On the whole the movie is just pretty fun so the whole thing goes by pretty quickly. It’s a solid plot and by the end you get to see which of the characters are able to stick the landing and which ones crack under pressure. In particular there is one character who looks terrible at the end. After getting beaten by the thugs in a theater this guy still decides to help them out for the money. I think just about anyone would realize that these guys probably wouldn’t give him the money anyway. Most likely he would just be shot in the back for his troubles. There’s no way things would end well for him either way so it makes his character choice even worse. All he is doing is digging his own grave but at least it gives Ira a chance to dish out some more solid burns.

The ending is pretty sudden with several shots being fired and the body count certainly rises. Nobody is really safe in a film like this, especially when you have villains running around. Everyone knows about two of the thugs for example but nobody does anything about them. It’s one of those interesting elements where you have characters uttering a lot of veiled threats against each other with the mutual understanding that no fights will break out as long as each person leaves the other alone.

Overall, The Late Show is a pretty good movie. The plot is engaging from start to finish and there is never a dull moment. You have to really stay on top of things here or you may lose track of a few of the twists. It works well as a slow burner film where we slowly find things out along with Ira until we have the full story. The movie balances the serious nature of the movie along with some quality humor the whole time. It’s done carefully so both tones are in tact. You never doubt for a second the high stakes of the film after all as we do get some intense scenes like someone literally being found inside of a fridge. If anything the humor makes these moments feel even more intense since they can really come out of nowhere. The ending even leaves room for potential sequels should they decide to go in that direction. Of course Ira is already quite old so the films would have to be careful not too stretch it too far or you’ll have a hard time believing that he can hold his own. At least as of this film he is clearly still tough enough to physically manhandle some of the villains though.