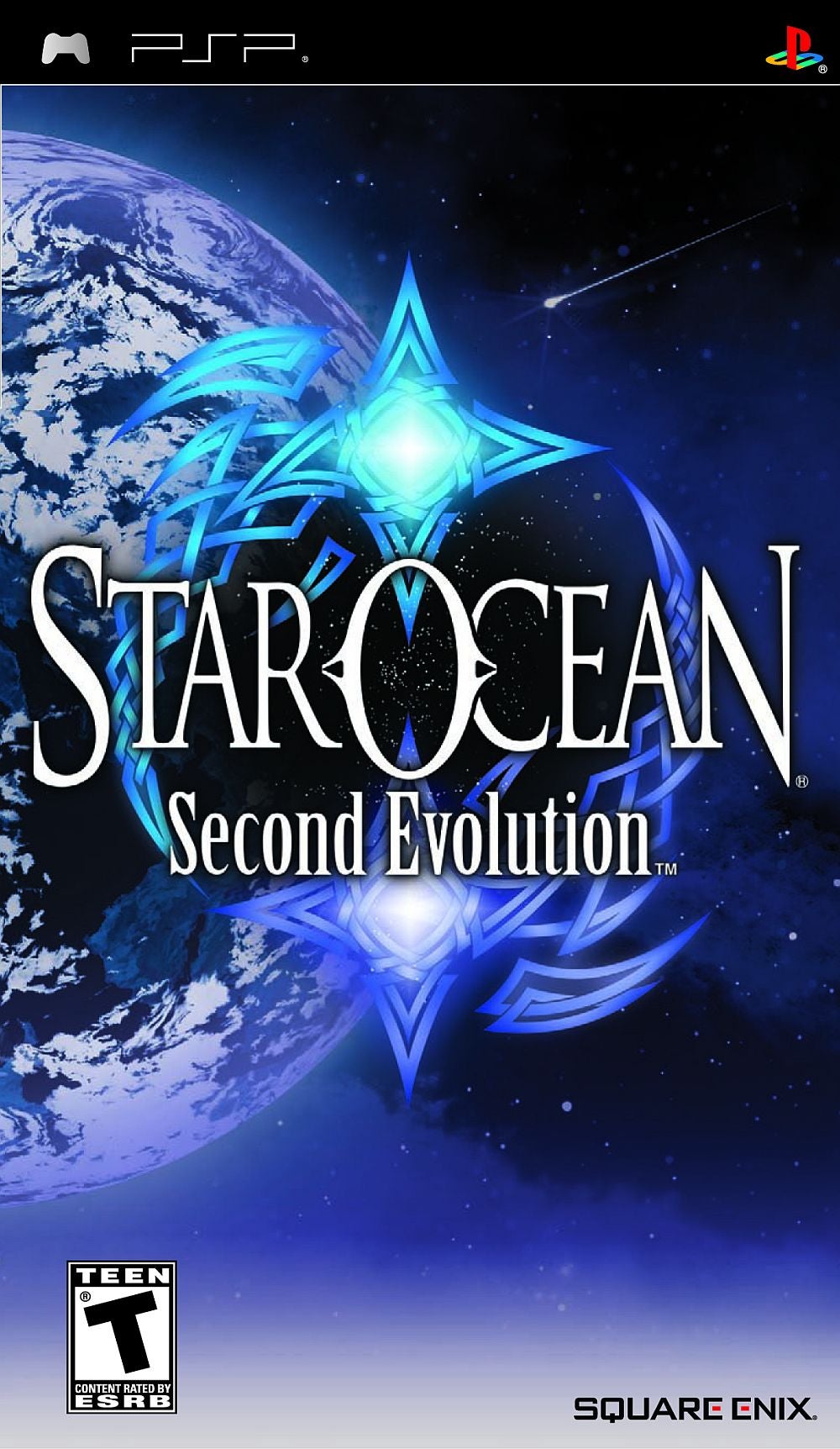 This game has been on the backburner for quite a while. It’s one of the last PSP games I hadn’t played yet so this was cool to knock out. Mixing the classic RPG setup with some Sci-Fi is always fun. The game has a good story and the fact that all of your partners are basically optional is pretty interesting. Apparently the game has over 80 variations of endings depending on how you use your team which is also cool. The game gets pretty difficult towards the end and there’s even a trick you can do to make the final boss even more difficult. You must be a master of the game to even attempt that I would imagine because otherwise that sounds pretty crazy. I was in the mid 80s for my level when I beat the game and while the last two bosses were quite easy thanks to this, taking down some of the earlier Wisemen was brutal with how they would petrify each member.

The game starts off with Claude and his father working on a spaceship. Claude has always wanted to follow in his Dad’s footsteps by becoming a pilot himself one day but unfortunately this isn’t to be. On one of their expeditions he gets a little too close to an artifact and is teleported to a primitive planet on another star system. He now has no way of getting back home. He decides to pretend he is around there. Claude meets a girl named Rena who explains that he is likely the fabled Hero of Light here to save them all. Calamity is approaching after all. More and more monsters have been appearing in the land and nobody is able to stand up to them. Well, Claude will do his best to help out until the crew can find him but does he even want to go back now?

The monsters are the main plot for most of the game but then towards the end we get a full villain group known as the Ten Wise Men. These guys are interesting because the game is definitely trying to go for something with their names here. You’ve got Zadkiel, Lucifer, Michael, and Gabriel all on the same team. Effectively the Angels and Demons have all decided to team up to destroy the universe. Why? Well, to be honest while usually I’d say I couldn’t tell you for spoiler reasons, they don’t really have any reason in particular. They want to either rule the universe or destroy it just because they can. They make for a pretty fun group I have to say. Their inclusion was a little last second but it definitely did help to increase the stakes here. I also tend to like villain groups in general.

As for the main characters, Claude is decent but not quite as good as the average RPG main character. He gets really jealous whenever Rena talks to her old friend Diaz which can get a little iffy. This often makes Claude act rather petty around her which isn’t a good look. I also think he should have come clean with the group about being from another star system a lot earlier in the game. It would have helped a lot particularly since he knew that the aliens were using high tech items as well. A little heads up could have gone a long way to saving more lives.

The death count in this game is absolutely massive. The villains just have more abilities and tech than the heroes so stopping them is really a difficult task. In any head to head confrontation you can really assume that the heroes are about to get wrecked. There are quite a number of fights in the game that you have to lose in order to progress the story. It’s a fun concept for sure but the only dicey thing is you may end up wasting a lot of potions and revives in this fight since you think you have a shot here.

Star Ocean ends rather abruptly without much of an after-ending so don’t expect a lot of closure for the characters. In particular I was expecting one of the old characters to show up again but I guess their premonition that they would never see him again was correct. You get the feeling that this game was left rather open ended for a sequel at some point. You could end the series with this game and it still works but there is definitely enough material for that third game. It’s definitely a satisfying story. I liked the way things turned out and the end of the game got to give Claude a good rage mode so he was more intense at the climax than he was for most of the game. You like to see it because he needed some more intensity the whole time.

As for Rena, she’s a solid heroine. Rena has her own story in the game and I’m sure that would give her even more backstory and personality like exploring her scenes with Diaz and all. She does well and keeps up with Claude the whole time. They have their share of disagreements but Rena is always reasonable about the whole thing. She’s a fun character to have around and has more of a presence than the other characters. Due to the optional nature of the rest of the party they don’t appear in any of the animated cutscenes. Even in the text ones their characters can be interchangeable. For example, I lost one fight with the Wisemen a lot to I had to keep seeing the cutscene over and over again and the side characters would take turns on who would talk to him but with the same dialogue each time. It was pretty interesting to see.

The best of the side characters would definitely be the travelling thief though. Her backstory got more time to shine than the others and since she was with the team near the beginning we at least got to see a lot of her. Some of the guys near the end came in rather late to the point where I intentionally left one of the kids back at base since he would just slow us down. I did like the rival Diaz quite a lot though. His skill with the sword was really impressive. Even by the end it’s hard to say if Claude had truly surpassed him or not. The tournament was a nice little event to show the gap in their abilities.

Not surprisingly the graphics here are really good. The fact that there are cutscenes which are completely animated at different points in the game was also very impressive. You definitely don’t see that every day I can tell you that much. The in game graphics are also on point. Not totally graphics related but I do think the game could have made the animations a little shorter though. Whenever the characters use a super attack there is a long unskippable cutscene that draws out the battles just a bit. Considering that you are going to need to grind out a lot of battles this can add up quite a lot.

As for the soundtrack, that was pretty good. It’s not quite at Tales of tier where each game has a super standout track but it still works out pretty well. There’s a lot of depth to the game so in addition to the 25-30 hours it takes to beat the game you’ve got a ton of replay value. You can beat the game again as Rena or work to get all of the other endings. It’ll definitely take a lot of time to do this so this game will last you an extremely long amount of time. It’s part of why RPGs tend to be some of the best games, you’ll almost always be very attached to what is going on by the end.

Overall, Star Ocean: Second Evolution is a great game. The plot is excellent and the characters are fun to root for. The anime cutscenes help to make this game feel high budget and the whole climax with the Ten Wise Men showing up was really good and kept a high energy approach the whole time. I liked the way you could allocate your abilities into skills as you leveled up since it made you have to decide on what to upgrade first. Strategy plays a huge role in this game. Star Ocean the series is off to a good start so I look forward to checking out more games in the series at some point. Either way if you have a PSP then I highly recommend picking this game up.