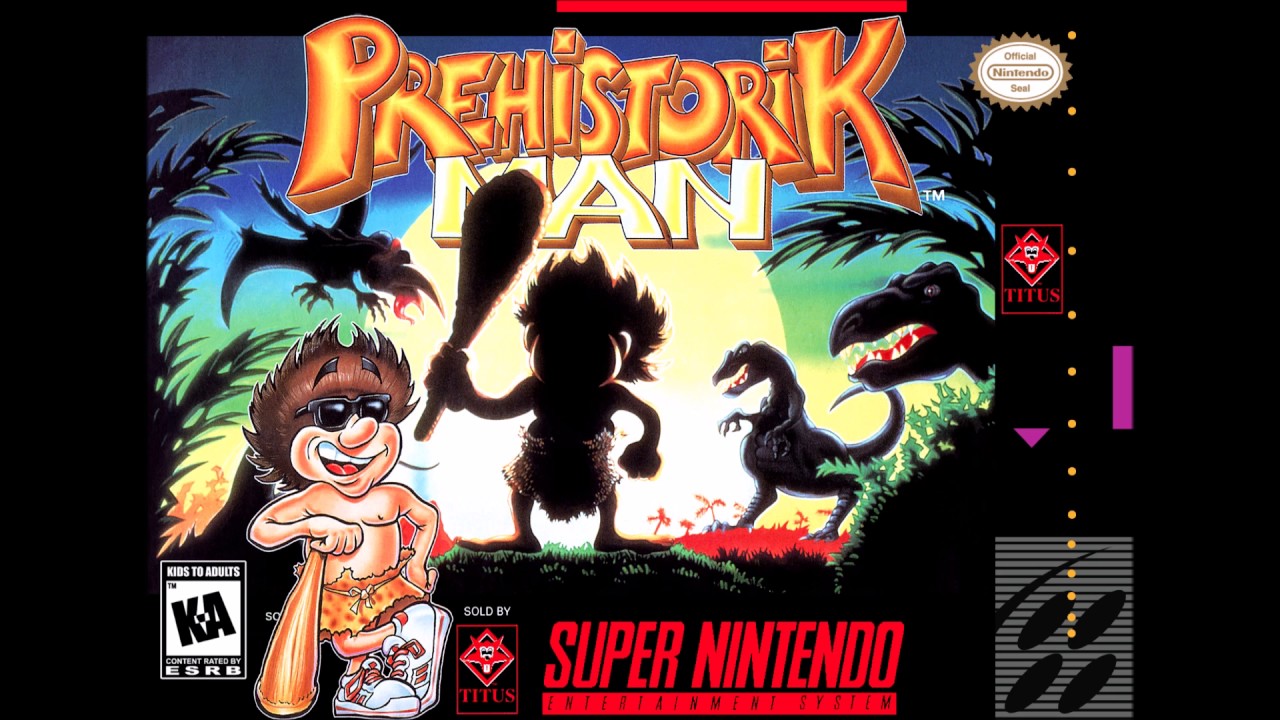 With Prehistorik Man out of the way I am once again caught up on the new SNES games to hit the service. Hopefully Nintendo speeds things up a bit because I want more games to check out. Well, this one’s definitely not as good as you would have expected given the platforming nature of the game. I’ve always considered the platforming genre to be one of the safer ones out there due in part to the fact that as long as you can move and jump the gameplay should continue to work from there. Unfortunately the issue here is that it decides to add some exploration elements to the game which really backfire. You don’t want to do that, trust me.

The basic plot of the game is that the local village is running out of food. Additionally one of the cavewomen has been kidnapped as well. The main character will now have to search the land to save her and while he is on the journey he is also tasked with bringing back a lot of food so that the village can thrive. It’s a big mission but one that he is absolutely ready to conquer. The world definitely does not realize that it is about to witness the birth of an ultimate hero. This guy doesn’t have a lot of personality though. He’s very similar to Crash. The hero is always grinning but he doesn’t actually seem to understand what is going on. It may be for the best since the chief is always insulting him.

On its surface the game has pretty pleasant gameplay and solid levels. You have to jump around until you reach the goal and you can also attack enemies with your club or even with projectiles at times. The levels are quite large so expect to be moving around a lot. Now this is where the game fumbles the ball at the end. In some levels instead of making it to the end you have to find a pair of keys or a firefly. Doing so takes a long time as you navigate the level only to realize they cannot be found. That’s when you do several laps around the place until you finally find the little corner the objective was hiding in. If you ask me the game should not have had the collection element in. It would ultimately just end up being rather tedious the whole time. Then you’ve also got some levels where the design isn’t very good.

For example there’s a fire level where you have to keep moving forward but eventually there is nowhere left to go. Well, the answer was you had to use the club to strike at a specific part of the tree which could be broken. This was definitely something that came out of nowhere and would have been difficult to realize on your own. Additionally there are invisible platforms which don’t appear until you strike at the air itself. Now that just comes across as rather cheesy.

So when you add all of those elements up it definitely had an immediate effect on the game’s quality itself. Instead of being a solid 7 and going on its way the game managed to lose 2 stars just like that. Definitely not a good look for the game in the slightest. It’s just not designed very well and a platformer is so hard to mess up ordinarily that it becomes quite noticeable. It’s not as if the story is especially strong to hold it up either. It’s rather plain but standard for a platformer.

As for the graphics, those are pretty good. The game feels a whole lot like the Donkey Kong Country titles. It has a very similar graphical style, sound effects, and even text boxes. I feel like perhaps this was originally being developed as a DK game and then at some point they had to scrap the process but they kept it around just in case as a whole new game. It makes a good amount of sense at the very least even though it was never confirmed. The soundtrack has a similar energy to that as well and works with the stages. On a technical level I definitely have no complaints with the game.

The game’s length is a bit more impressive than a lot of the other SNES games. This should last you close to 3 hours I would expect. Particularly since you should get lost at least once while playing through the game. I wouldn’t say there is any replay value here though. Once you complete the game then that’s basically it. Don’t expect you will be coming back for more. Considering that it’s free with the Switch Online though that’s not too bad.

Overall, Prehistorik Man could have been a lot better than it was. It got too tricky for its own good with how the game was handled. Having to go and find things is just not a very useful way of getting the level objectives across. It slows down the flow of the title and works completely against everything the game was trying to accomplish. If you want to make a platformer then you design solid levels and let the player jump to the end. If you want to do a puzzle game then you can do that but mixing the two is not something I would recommend. Definitely give this one a skip as almost any other platformer surpasses this one.