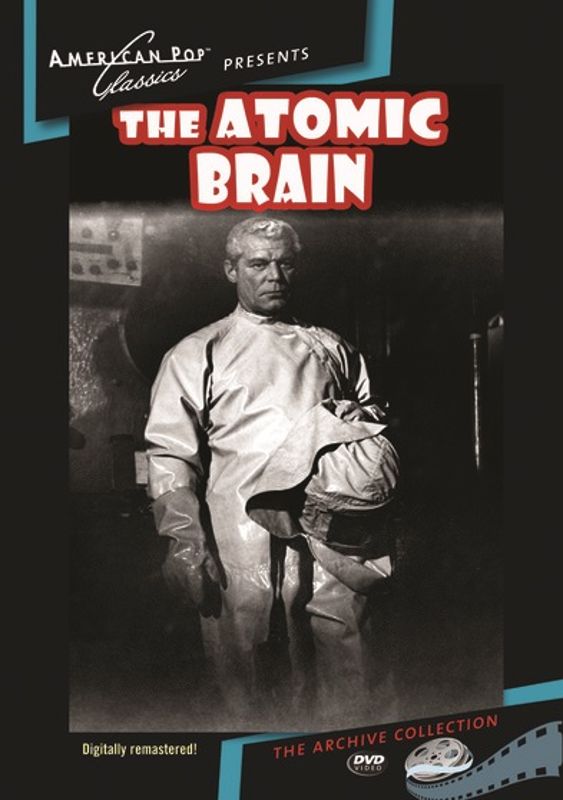 Time for a really old sci-fi film that’s also incredibly short. The film is barely over an hour so the whole thing really vanishes in a flash. It has some interesting ideas but don’t expect the characters to make any smart moves. They fall into every trap possible which makes sense because otherwise you’ll wonder how such an old lady can possibly hope to keep them on the defensive. The only way this works is if the heroines don’t know what they are doing.

The film starts by explaining the premise to us. Hettie is a lady who is quite old at this point and she is not ready to die yet. Her idea is that she will take over the body of a much younger girl so that she can live again. The issue is that nobody has succeeded in doing a brain transplant like this yet. Well, she has found one doctor just crazy enough to do it. Otto is his name and victory is his game. He hasn’t quite succeeded yet, but she is sure he will crack the case. She sends her assistant Victor over to pick up the three girls who responded to the interview letter in the paper. Bea, Anita, and Nina are looking forward to a pleasant job here but it looks like they may have gotten more than they bargained for with this one.

From the start you feel like the experiments are suspect at best. Hettie was taking a huge risk allowing the experiment to be performed on her since she could die or any number of things could happen to her. Additionally, this also assumes that Otto isn’t very smart. Everyone knows Hettie will betray him as soon as she has her new body. All he cares about is having funding to continue his experiments on forever and that won’t work. With her sedated for the experiment he has all of the power. So not a good plan and Otto doesn’t make for a particularly smart villain either.

Then you have Victor who is constantly used and manipulated throughout the film. It gets worse when you consider that he has been manipulated for many, many years without even suspecting that something is up. By the time he does, well lets just say that he doesn’t look very good at all. The guy definitely knows how to let his guard down even when in enemy territory. You’d think he would have at least been a little ready for an attack.

As for the three main characters, Anita gets the smallest role from the main 3. She doesn’t know a lot of English but quickly can tell that this place is shady. Unfortunately there’s not a whole lot she can do though so she ends up being taken out pretty quick. Nina and Bea are really the two main characters here. I’d say Bea is the best character as she comes up with plans and is a lot braver than the other characters. I thought the way she went out was a bit unnecessary though. The film’s basically over at this point so why not let her have more of a happy ending right? Feels like Bea really couldn’t catch a break here.

Finally you have Nina who may not stand out as much as the other characters but she did well enough on her own I guess. Ultimately she needed a lot of help but how you get out is the important thing. Again though, you feel like the ladies should have just overpowered Hettie at any point because she is so old. Especially near the end where she makes it plain as day that she will be murdering everyone. Why not take a chance and attack her since things aren’t going well anyway?

The same thing would apply to Victor and Otto as well. At least Otto had a plan though but it seemed like Victory was just going to take everything lying down when he could be doing just about anything instead. He has a lot of reasons to attack Hettie and secure the win that way. Doing so would absolutely have made more sense than just standing there and getting drunk as he feels sorry for himself.

This film actually has a narrator which is not something you see very often anymore. It’s one from the villain’s point of view for the most part as he constantly defends them and explains why things are the way that they are. The voice doesn’t have a whole lot of energy to it though so you can tell he’s just trying to get the lines over with. On one hand, I’d say the film’s dialogue has aged rather well and has that fun retro feel to it. I always tend to like back and forth from the old days like this.

On the other hand, I wouldn’t say the film is quite as fun as some of the other old classics because we don’t really have an active main character here to take everyone down. None of the heroines ever get to fight or anything like that and the subplot of the cat who got a human’s body isn’t exactly a positive for the film. I’ve never been big on the whole humans acting like animals thing. Most recently it gives me flashbacks to that film known as “Cats” which was….certainly an experience. Regardless, you’d think the cat would be a little more cautious or be able to run quicker when you’ve got random monster men out in the field. The film liked to have fun with its hybrid monsters though and everyone gets injured at some point. Bea getting sliced and then squashed was one combo for example.

The heroes just didn’t keep their guard up as much as they should and ended up losing quite a bit more than you’d expect. I think the film could have focused a little more on how crazy this whole thing was and maybe switched everyone’s bodies instead of going down this road. It’s a film with some promise like the nuclear reaction but at the end of the day the character cast is really weak. I dare say you could point to almost any other film from this era that I’ve seen and the cast holds up better.

Overall, What this film really needed was a main character to take some action and get to the bottom of this. Maybe have the police show up at some point to put a little pressure on everyone. Those kinds of details would have helped take the movie to the next level for sure. As it stands, the brain transplant doesn’t work quite as well as it could have with the cat brain since it’s not like the animal can do much here and you feel like there is no point to the animal hybrids since they don’t actually do anything.