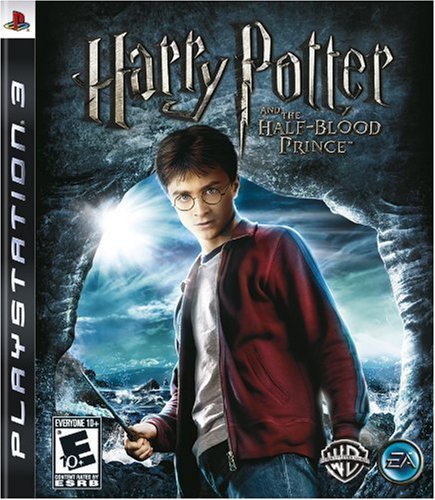 It’s been quite a long time since I could say that a Harry Potter game was pretty good but this one finally did it. It solved all of the big issues I had with the last few games like increasing movement speed, finetuning the battle controls, and actually having a sensible plot. There are still many things keeping this from being a Great game, but I would say it got everything I needed to at least call it pretty good.

With Voldemort approaching more and more, Harry and Dumbledore need to find out where he hid the pieces of his soul. Harry will need to question one of the teachers since they had a history. Additionally, Harry has found a spellbook that seems to have the answer to everything. Is there something shady about this book and is it ethical to use this to ace classes? Those are just some of the questions that Harry will have to answer as he goes through his next adventure.

So lets jump right to the gameplay. There are a few different variations here. The main one here is about running through the castle to get to where you need to be. Unlike the other games where this took eons, you can run anywhere very quickly. You also have an interactive ghost who you can follow to automatically get to the next area instead of having to open a map each time. This was an excellent quality of life update. You also get to shake objects to grab extra crests which power up your moves. I’ll admit that this is the weakest aspect of the gameplay. What should be easy to do is grabbing a shield out of the air but it takes a lot of trial and error.

That said, at times you’ll wonder why you are always running around. I do think there has to be a way for the game to make you feel like there’s more of a purpose to this. Maybe just give you the broom full time so you can fly around or something. Otherwise, you are technically running through the same walls and rooms over and over again which is a bit repetitive. The increased speed and the short length of the game means that this doesn’t really drag on or anything…but it still just feels a bit aimless at times.

The next gameplay style is making potions using the pot. I’ll admit this does take some decent skill after a point since the game punishes you very hard for making even a single mistake. That said, you’ll get the hang of it pretty quick. Just know that the game controls are incredibly sensitive so a single movement can have more impact than you might have thought at first glance. The weakest style is Quidditch. It’s a shame because I usually look forward to that style but it’s just rather boring. The only thing you can do is move the control stick as you fly through the rings. That’s it. You can’t go slower or faster so the game is practically on auto pilot.

The best gameplay style is the combat. You get into a lot of one on one duels. Here you fight the opponents with magical spells such as a quick blast, barrier, spell that turns you upside down, and a spell that knocks you to the ground. You have to think carefully about which spell to use and when. Personally I say it’s always worth it to use the last two spells because you can then spam your blasts as they try to get up or back down and it deals a ton of damage. The combat is a little simple but with the ability to dodge and run, I would say it felt pretty balanced. It was a lot more fun than you would initially have expected and it’s an improvement over the last title’s combat system.

The graphics are definitely still sub par though. This really feels like the same animations from the last game so not a lot has changed. Same for the gameplay graphics so it’s clear that no extra development time is going here. If that all went into the gameplay then it was worth it but surely the game could have looked a little better than this if the developers went all out. At least the soundtrack is really solid as always, I’d expect no less.

The game is very short though. You should have this completed in around 5 hours or so. After that, then I suppose you can try to get all of the trophies and crests. That should buy you some time. I wouldn’t say it will buy you a ton of time or anything like that, but enough to help you justify the cost. Play through all the challenges and you’ll feel better. This game can be a little overpriced nowadays so if it’s 30 or more then it could be a tough sell. It’s fun, just short so that’s something to keep in mind.

Overall, Harry Potter and the Half-Blood Prince is one of the better Harry Potter games. I feel like the series has finally started to find its roots again. Bringing back the magical platforming and fighting combat while sprucing them up is the way to go about things. I would definitely say the biggest thing the game needs to fix next is Quidditch though. I didn’t think you could make the gameplay for such a high energy sport boring but this game managed to pull it off somehow. It’s actually a little impressive, in a sad kind of way. If you like the Harry Potter series then you should definitely enjoy this. This could be the last Harry Potter game I play for a while but it’s been a good run.