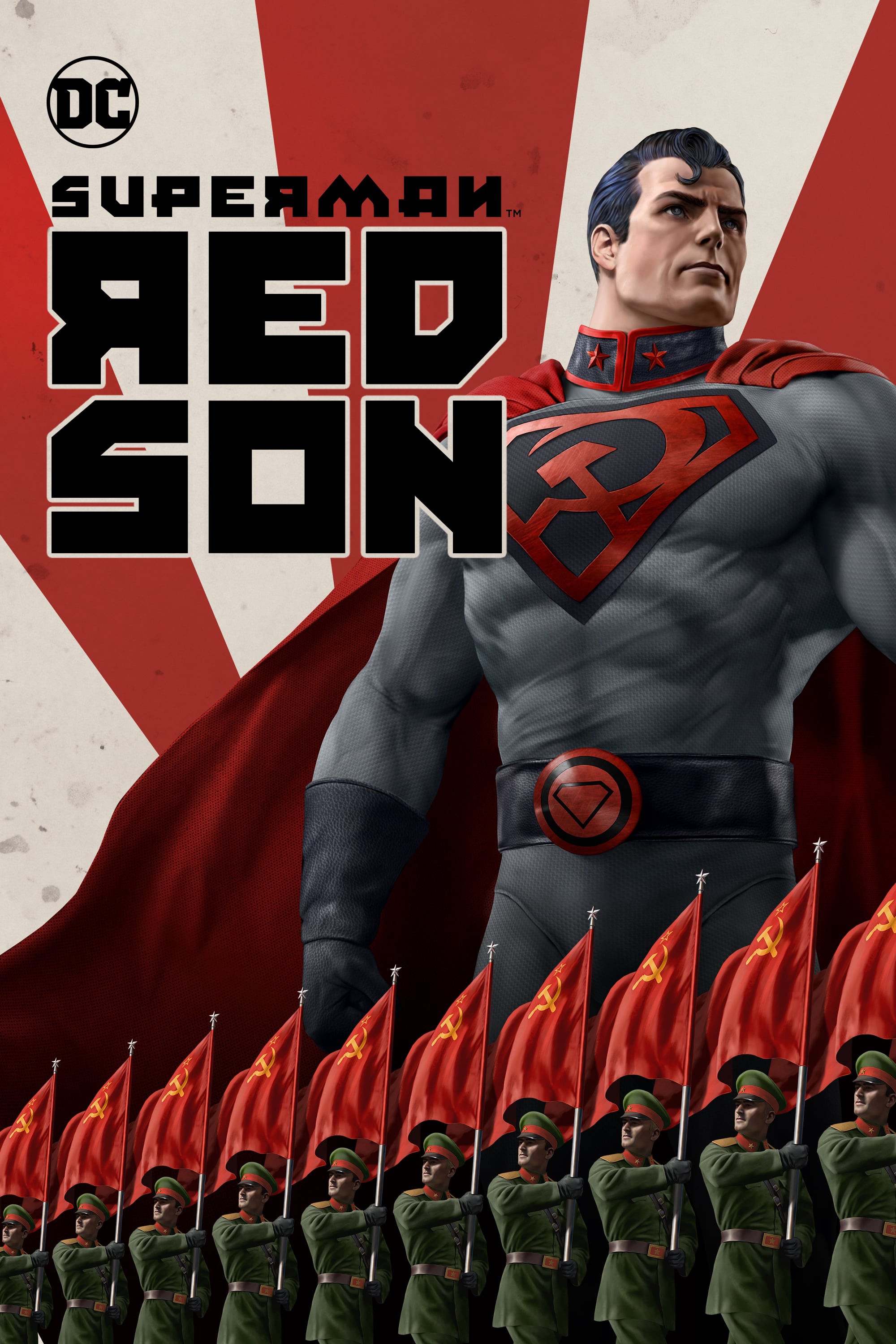 It’s been a while since I saw a Superman film so it’s good to be back. When I read the comic a while back I was definitely a pretty big fan of it. The same is true of the movie. It does a good job of keeping in all of the big events and so you’ve got a complete story here. It’s a little ironic that one of the best Superman titles is one that’s actually a what if but it shows that the story of Superman can really be shown in many different ways.

The story starts off in an alternate timeline where Superman crash landed in Russia instead of the USA. He grows up under the reign of Stalin where he fights for the USSR. Gradually Superman realizes that the regime isn’t living up to the ideals that they had claimed to be so he decides to take things into his own hands. Superman desires a pure world where everyone can be happy. Unfortunately real life isn’t quite so easy and he gradually has to make small sacrifices here and there. Will these concessions eventually add up to drive him on the wrong path or will Superman find a way?

The problem Superman faces is that world peace is basically impossible. There will never be a situation where the whole world is at peace. There will always be people who don’t like the status quo or a shortage of resources that lead to people being unhappy. Superman can always strive to make the world better but once he seeks perfection, that is where he starts to get really frustrated. One of the things I really like about Red Son is that Superman keeps his core ideals. At the end of the day he will help anyone whether they are allies or not. He does want to be a symbol of hope and will do whatever he can in order to make that vision a reality.

Superman’s beliefs on how to help the people are just different growing up under the USSR but at the end of the day he comes to the same answer, it just took longer than usual. He’s definitely a standout character here to be sure. Then it’s also fun to see alternate versions of the rest of the Justice League as well. The Green Lanterns look good for example. They were actually doing really well against Superman in the fight and it’s impressive that Lex was able to reverse engineer the GL Ring.

Then you have Batman who grew up in Russia and so he is quite vicious as well. It also continues the impressive record Batman has against Superman. It seems like he always tends to win the majority of these contests. Prep time is just too good to pass up. Of course this Batman is not a hero by any stretch as he openly murders a bunch of people if it means that he will get closer to his goal. He’s as ruthless as can be.

Next up is Wonder Woman who gets a solid role here. She is trying for peace as much as possible but is very disillusioned with man’s world from the start. She sees Superman as the exception for a little while but ultimately he becomes too extreme. She has a good scene where she blocks his punch and appears as a good ally of justice. Her role may not be large but it was a fun one to be sure.

Lex gets a great role here as you would expect. His genius is what gives the US a chance against Superman as otherwise they would be in a completely unwinnable situation. He isn’t afraid to use underhanded tactics like intentionally allowing a satellite to nearly flatten Metropolis though but he calculates the future really well based on how he expects everyone to act. It would be nice to have more direct interactions between him and Superman of course but they do meet up near the end.

Lois also looks good in her screen time as she gets some important information to Superman and in general is a consistently strong character. Finally there’s also Brainiac who looks good here and gets a lot of respect. He just comes out of nowhere but then has a presence for the rest of the film. There are more characters of course but these are the big ones. Red Son juggles the cast really well. It’s not a particularly long film so it has to make the most of each scene and I would certainly say that it succeeds at that. Something is always happening here after all.

It adapts the comic material really well. Naturally there are a lot of things that need to be trimmed as otherwise the film would likely be over 2 hours but we get most of the big things. The one change that I wasn’t a fan of was in the original comic, the American Superior Man went out as a hero as he sacrificed his life to stop a nuke and put his hopes on Superman. In comparison he didn’t really get to have a big hero moment in this film. He just got overloaded and kind of melted. I thought the comic gave him a more fair portrayal.

Beyond that of course you can always have more detail in a comic since you can use up as many issues as needed and include a lot of great inner dialogue. We had a scene in the comic where Lex is so impressive that it was said he could have even defeated Superman by just talking to him for a few seconds. The core of the story is the clash of ideologies and seeing this alternate world though and the movie really executes this wonderfully. The ending to the movie is also perfect and really wraps up the movie in a way where you feel satisfied. Even if we don’t get a sequel, this tells a full story.

The animation here is pretty solid. The character designs are on point and it looks like the comic. The battles are solid and so I definitely have no issue with the visuals. There can be some violent scenes like one character blowing up or some dead bodies on the rise but the film has a lot of restraint and doesn’t go too far with any of this. You get just enough to further the plot and show what Superman has to go through without just dwelling on it the way some films do.

Overall, Superman Red Son is definitely a great film. If you like Superman or just want a good story then you’ll definitely be on board with this one. It’s just a very interesting take on Superman to be sure. It was also nice to see the other heroes appear even if just for a bit as it shows that at least some parts of the world still happened as usual since their timelines shouldn’t have all changed just because Superman grew up somewhere else. I’d actually question why we don’t have a Batman in Gotham but I suppose for alternate universes they don’t have to mirror the normal one exactly so these can all be creative changes.