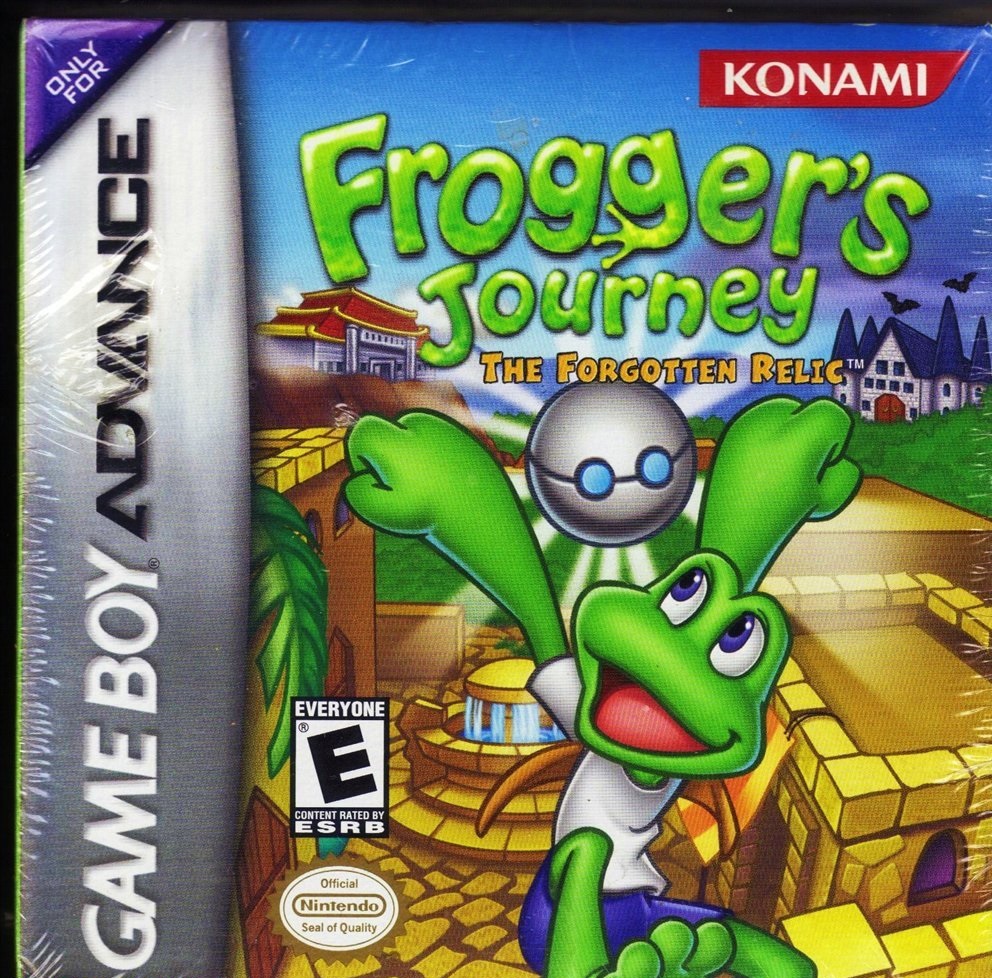 Frogger returns with another installment here. This one isn’t quite as solid as the last one but I’ll give it some credit for trying to have more of a complete story. You’ve got a whole ninja clan here to wreck havok on the world and a villainous mastermind. At the very least this feels a little grander than the usual Frogger experience although it’s a little less epic than it may sound.

The game starts with Frogger enjoying a good time at home when he is roped into another adventure. His grandfather has gone missing after working on another excavation. Unfortunately nobody knows where he is but it all seems to tie into the mysterious relics being found around the island. Maybe if Frogger finds all of these then he will find the answers? Along the way Frogger will encounter truths about this island and its inhabitants that he may not be ready for.

While there is a story here it doesn’t feel like the game is especially interested in it either. It all goes by pretty quickly with twists thrown at you but then you go right back to the levels. In terms of design I thought more time could have been spent in making the game a little more seamless. You have to constantly walk between two houses on the opposite sides of town to talk to someone. Often it will be a very small cutscene were you feel like you could have saved time if it was put into the other one. Alternately just have the game auto jump you to each house as if it’s all a long scripted cutscene. Surely that’s the better option right?

The gameplay is good though. It brings us the classic Frogger experience where you have to really think about where you’re going and how you will handle the next obstacle. For the most part the levels are fairly easy though and I would say the Gamecube levels were a lot more difficult. At the same time though those levels were sometimes hard not for the best of reasons though. At least this one is focused completely on Frogger. In fact, the worst level in the game is the underwater one where it goes away from the classic gameplay which is quite telling. The gameplay’s not bad there or anything, it’s just a lot more sluggish and doesn’t feel as natural as the others.

I’ll give the game credit for the various bosses though. They’re fairly unique and do have you try a lot of different things. One that was good in particular was the final boss. You have to move really fast if you don’t want to be caught unprepared. A single change in trajectory and suddenly you’re on the back foot. You have to jump across lava while dodging the attacks which really takes a lot of concentration. It took me several tries before I was able to take this guy down for good.

The graphics are fairly decent. Nothing to write home about but the levels look good and the character models are on point. For the GBA era this was definitely as good as you would hope. The soundtrack isn’t particularly memorable though. It all felt like rather generic tunes so you’ll forget them all almost instantly.

I suppose the main gimmick for this game is how you can use the various relics at your disposal. They give you new abilities in the game although most of them aren’t all that helpful. Instead of being able to use your tongue to grab items from afar like in previous games Frogger relies on the backpack to do that now. The best relic though is the one that temporarily stops time. Now that is handy even if the charge runs out very quickly. It doesn’t take too long to charge if you’re patient enough.

The downside of this mechanic is that you can only equip two items at once. Jumping counts as an item by the way so for the most part you’ll probably just be holding one other item. I would have preferred each item get a button so you could equip them all. Although, I suppose in that case one item may have gone to the L button which I am unable to use on my old DS so perhaps that is for the best. It’s not the most intuitive feature but at least it adds some sci-fi to Frogger.

In terms of replay value you can go back through the levels to get a bunch of coins and buy all the collectibles at the shop. They’re quite expensive though so you may end up spending even more time in the post game than on the story. Hopefully you at least get a bonus cutscene or something. Admittedly I haven’t looked it up although the game is so obscure it’s possible that nobody has posed the results of that online anyway. So in case there is no reward, proceed at your own peril. If you like the game a lot though I suppose it may be worth it.

Overall, Frogger’s Journey is a fun game. I always tend to enjoy this kind of gameplay style since it really makes you think and strategize. It’s not quite as good as the last GBA adventure but it’ll hold your attention all the way through. This is not a particularly long game so you can probably beat it in a weekend. It took me around 4 hours to complete and I did die quite a bit on the final boss. Also, make sure you don’t spend any coins on the collectibles until you beat the game since you will need a lot of them to unlock the relics. As long as you have money you will not need to replay any of the old levels.