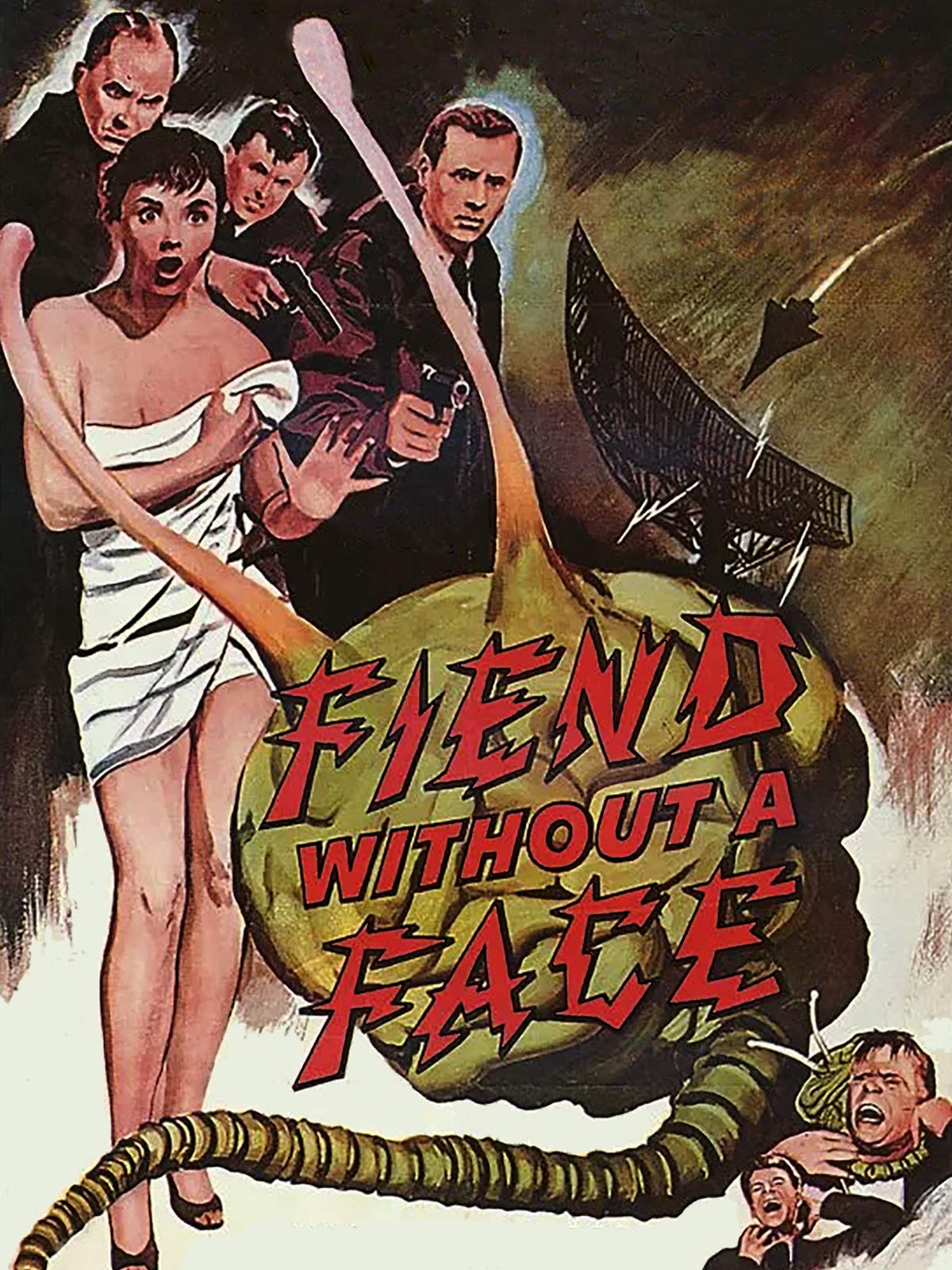 When you have a title like this you know that you’re going to be in for some pretty solid hype. After all, if the fiend doesn’t have a face then how are you going to attack it? Wits alone will not be enough to stop this foe. The movie has a lot of interesting ideas and while it will ultimately go down as just another creature feature, it was pretty fun.

The movie starts off by introducing us to a small town. Things were going well here until the army decided to set up shop with one of their big bases. The locals were not thrilled about this and now that people are vanishing and getting murdered all over the place, the town blames them. The army has Major Jeff take a look into this since they need to find out why people are dying. He meets up with a lady named Barbara and quickly grows to like her but is still getting verbally attacked by the townsfolk.

Now the stakes are higher, if he doesn’t get to the bottom of this then he will never get to be with her. Fortunately there is a suspicious scientist named Walgate who may know more than he is letting on. Jeff will need to keep his guard up though or else he will be buried along with the rest of the town’s secrets.

Jeff is a perfectly reasonable main character. I would say that his romance plot starts a little too suddenly for me to take it all that seriously though. The guy falls for Barbara within a few seconds which will make you shake your head a bit. Keep in mind that he is investigating a lot of murders so he should have too much on his mind for that. He also gets a little sloppy when he enters an abandoned tomb on his own.

Remember, the whole town can’t stand him and one guy even started a fight. So you really shouldn’t be taking crazy chances on your own. Fortunately Barbara and his army partner find him but the guy nearly died. At least he is a good shot though which comes in handy near the end of the film. Then you have Barbara who is a good heroine. She does have a tendency to panic a lot like some of the more retro heroines. It would be nice if she had fought more against the monsters but she tends to lose the battle the instant it starts.

As for Walgate, he’s easily the worst character in the film. I would call him a full on villain even if he tries to play the whole “I didn’t mean it” card. The guy actively tried to murder Jeff and there’s no way to talk his way out of that one. Walgate panics a lot and you wonder what the point of his experiments was anyway. Either way he doesn’t have a whole lot of time to regret things.

As for the creatures themselves, I have to say that their character designs are spot on. Basically they’re brains that are floating around with a spinal cord as a tail of sorts. It’s a very unique design and one that you aren’t likely to forget anytime soon. Now I will say it may not be a very intimidating design but they have a very solid gripping strength. Once they have you around the neck it’s basically game over.

They aren’t quite bullet proof though so once the army is ready for them then things go a bit differently. Their main advantage was being invisible after all. Without that they just didn’t stand a chance. It can be a little violent with how the heroes shoot them though. Between the fact that it already looks like a brain as it is and they are getting shot to death, well it’s a lot for such an old time film. It’s nothing too crazy of course but just enough where you may do a double take for a second there.

The writing is on point as the dialogue between all of the characters is pretty solid. It holds up quite well which is definitely not surprising. The pacing is pretty good and the movie is always moving at a pretty quick pace. I was also glad that Jeff was able to win in the fight against the jealous townsperson as losing that fight would have been iffy. We even get a quick town hall type meeting which was cool.

It’s following a rather classic creature feature format but one that works really well as long as it’s executed the right away. This one did properly follow the steps as the monster is slowly bumping various people off while the heroes get closer and closer to cracking the case. Once they make it, you can’t help but feel a sense of triumph even if that doesn’t mean the film is quite over. Walgate is just annoying enough where you were looking forward to seeing the heroes mess up his plans. His fake politeness fits in with the dialogue but you could tell the characters weren’t buying what he was selling.

Overall, The movie is just short enough where it isn’t able to deal with the alien invasion as thoroughly as you might hope, but it still manages to make for an interesting experience. It’s even part mystery you could say as Jeff tries to figure out why they are here and how the creatures were created. This doesn’t exactly seem like something that happened naturally after all. If you like creature feature films then this is a good one to check out. By the end you will see just how dangerous the brain can be.

2 thoughts on “Fiend without a Face Review”