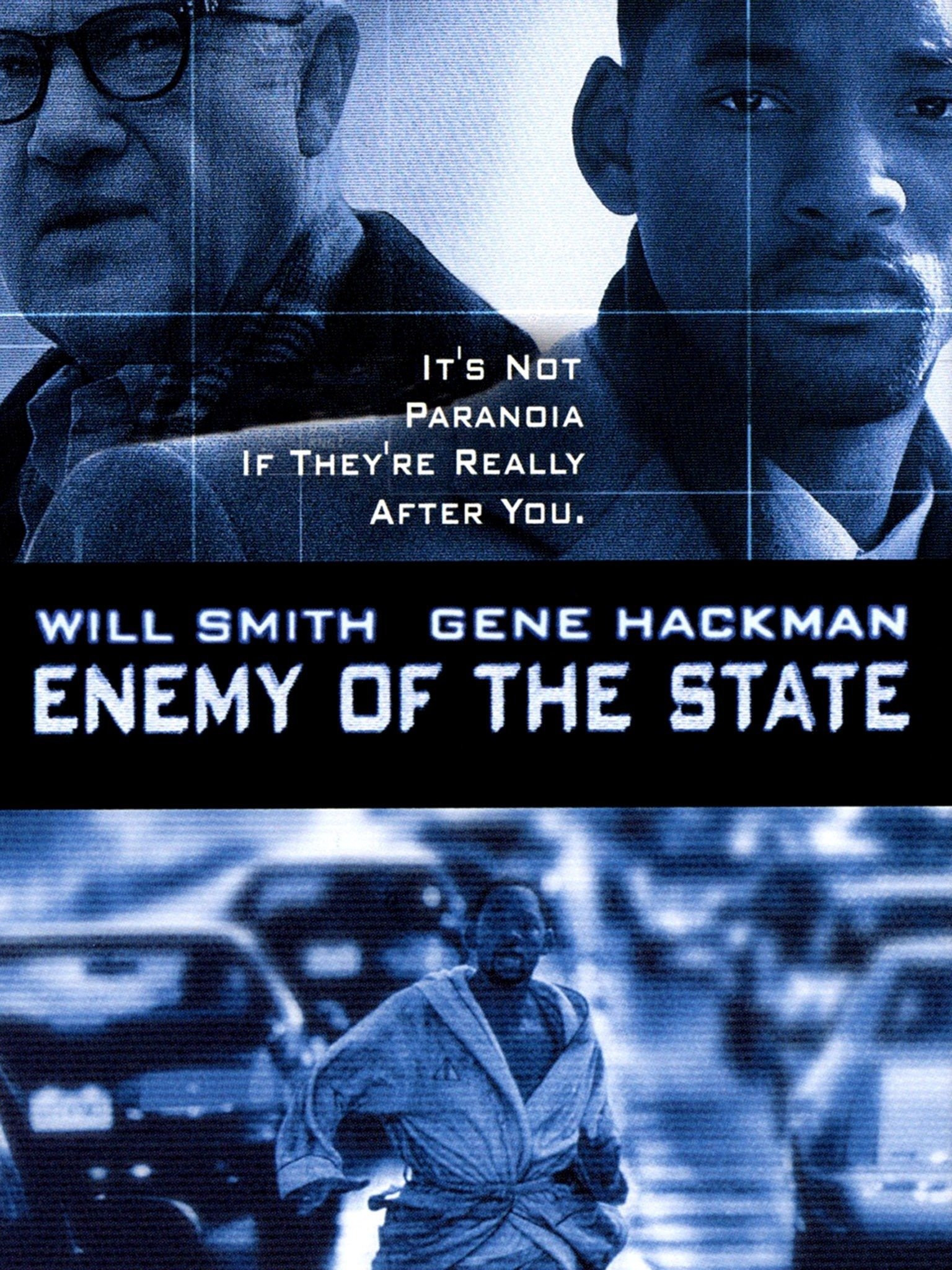 Whenever you start thinking about all the different tech that may be tracking you at any given second it can always feel a bit overwhelming. Just remember that even with all of that tech there are constantly new mysteries every day so you’re probably good. Of course when every big department is after you at the same time, it gets a little tricky.

The movie starts with the government silencing one big politician who was voting against a new bill that would allow the government to use surveillance on its citizens to an even greater degree than usual. One guy gets it on camera though and just barely manages to give it to Robert before getting taken out. The issue is that Robert doesn’t realize he was given anything and now the government is trying to take him out of the picture. Can Robert survive?

From Robert’s point of view, he had been trying to get a present for his wife. He has a rather hectic case involving the mafia right now so it’s been a long day. Robert is used to dealing with tough characters but the mafia guy is threatening to murder him if he doesn’t bring in the guy who got the incriminating tape of him within a few days. Shortly after the government breaks into Robert’s home and he’s on the run. With a smear campaign targeting Robert and his own family putting in some distance, he’s in a lot of danger now. Can he escape this conspiracy?

Robert is really lucky in that he ends up knowing someone in a big position here. Rachel is his correspondent and serves as the mediator when working with the mysterious Brill who supplies him with all kinds of information. Robert has never met Brill but he’s going to need that guy if he wants to stand any chance against the government.

Particularly because you’ll notice during the film that Robert is hardly the smartest character around. You’d never guess he was an attorney because everything seems to go over his head. I haven’t seen a character slower on the uptake in quite a while. By the end of the film he’s starting to piece things together but without Brill he would not have lasted very long at all.

The first half of the film really involves a ton of chase scenes and the feeling that the government is getting closer and closer to taking him out for good. It makes for a fun game of cat and mouse as they don’t always directly go after him. They use some tricks along the way like canceling his cards and making up a bunch of stories about him. After all, all they gotta do is discredit him and get the guy isolated. From their end they have a lot that they can do.

In the second half once Robert meets Brill I’d say we get more into the counter attack part of the movie. I dare say this half is even more fun because it’s nice to see him finally back on the attack and actually making some headway here. Brill is also a pretty fun character. He’s quite experienced and knows how to take the government on in a game of wits. It’s clear that Brill was one of the best back in his day.

Even the Mafia plot gets a very satisfactory ending that I wasn’t really expecting. It’s easy to forget about that plot with how much is happening but it ends up being very important. It’s always fun when you have a plot that comes full circle like that. It also makes for the best scene in the entire movie. Certainly a pretty hype way to end things off.

There’s a small sub plot where the government at large starts to learn about this conspiracy but it doesn’t really go anywhere. It would have been fun to show that they at least have some control over their own tech and operatives when someone goes on a power trip but that doesn’t really happen. Ultimately it’s Brill and Robert who really have to do everything on their own.

I wouldn’t say there are a lot of supporting characters here. You’ve got Rachel who is a little unreasonable at times. She is definitely in a rather tricky spot but blaming Robert on this when in the middle of a government conspiracy? I dunno about that. Especially once we learn some twists involving her which should have meant she would have had a clearer picture of things.

Then you have Robert’s family. They’re not bad but definitely not too ready for what’s going on. It’s the kid’s fault that a lot of the events play out the way that they did. If the kid hadn’t taken something then it’s hard to say how differently this plays out but certainly very different. Robert’s wife also falls into the government trap pretty easily. Now we learn some things about Robert that make this an easy trap to fall into but it certainly doesn’t help the situation. Even once they make up you feel like they’re wasting a lot of time with all the hugging and loving when there are literally government agents around every corner closing in. Robert doesn’t have this kind of time.

I should say that with the knowledge of Robert’s past it does prevent him from being a solid character as well. So really the best characters here are actually Brill and the main villain Thomas. Thomas really makes the most of his scenes and you always get the feeling that he’s in control. The guy won’t go down easy at all and has planned things out well. You do feel like there’s no way he should have this much power unchecked but it just underscores the fact of why this new bill would be dangerous. Clearly the government in this film cannot be trusted with this level of power.

A film like this can only be as strong as its writing and fortunately the writing is on point. The movie will keep your attention easily enough and that stands true for the whole film. I definitely tend to enjoy this genre of everyone using tech to go after someone. It’s pretty nice to come up with tactics to stay off the grid so to speak.

Overall, Enemy of the State is a very solid film. It’s a good thriller that is quite long and manages to flesh out each story beat and plot. It’s long enough where the film is even able to change the very approach and feel that it was going for between each half. Now that’s pretty impressive. The cast may not be all that solid but it’s not like the characters are really bad or anything. Robert still makes for a fun main character at least and the mental battles between Brill and Thomas are what you’re really here for even if that doesn’t happen until near the end. If you want a good political thriller exploring what it means to wield a lot of power then this is a fun one to check out for sure.