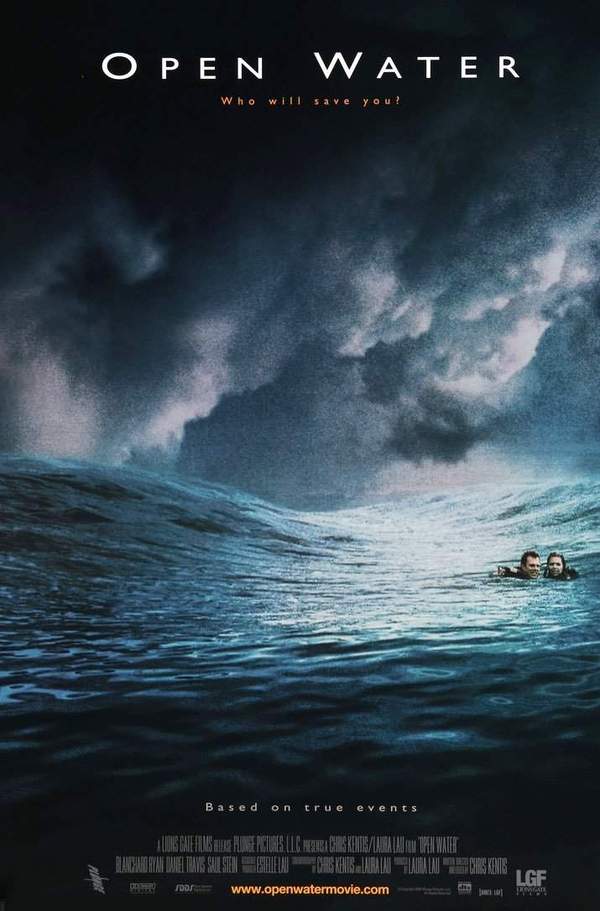 Usually when you have a film based on true events you try to make the characters look pretty good but that’s not the case here. This film makes at least one of them look really suspect the whole time but it starts to make sense when you make it to the end of the story.

Daniel and Susan lead very busy lives so they have had a really difficult time trying to schedule any time to take a vacation with each other. Finally they are able to squeeze in a bit of time and decide to go scuba diving. They take a boat trip to the middle of the ocean since this is apparently something people like to do. I don’t get why all of these really dangerous activities became such big hobbies. Just look at mountain climbing, so many people die a year trying this but perhaps it’s the adrenaline that makes it seem worth it. Personally I’ll skip all of that and stick to my video games….

But they’re having a good time so it all seems good. Unfortunately when they come up for air the boat is gone. Unfortunately the main teacher miscounted so the boat ended up going back and there was no backup counter. Additionally when everyone disembarked nobody really paid any attention to the fact that there was still one box of supplies left. In fact, nobody even checked until the next day. There are no maintenance crews or anything since this whole set up isn’t the safest. Looks like the heroes are on their own.

It’s always tough to try and have a whole film in a really small space with no real movement. It’s incredibly tough to pull off and this film was not able to execute it. To do that you have to have top notch dialogue and incredible writing since otherwise it will get old fast. I would say this one probably got old halfway in. My main issue was really with Susan though.

She starts to panic almost immediately. From there on every single one of her lines is yelling about something or constantly being sharp with her responses to Daniel. At least he tries to think positively about what’s going on or take things in stride but she won’t have it. She just keeps on complaining for the entire length of the movie. The one time Daniel gets upset at their situation she immediately turns it on him. He put up with her antics the whole film so it felt rather petty. Then the blame game starts.

As I said, the film isn’t exactly trying to make these guys likable. Daniel was decent, at least he was taking things in stride which is a big thing for me in these thriller type films. The characters who panic just get annoying pretty fast. That’s really the extent of the film though. Not a whole lot happens as they just chat for a while as the film goes through its paces. I think you could have shortened this to around 40 minutes or so and still had the same impact.

For the debate between the characters on what to do, I do think they should have at least tried swimming in a direction. Logically I would argue your odds are slightly better than staying in place because hopefully you could at least reach some kind of object to grab onto. Whereas your odds of being spotted by a ship are the same whether you move or not. It’ll also give you something to do which can help you stay warm as opposed to being frozen in place.

Not doing anything just never seems like a good idea to me. Scientifically the odds may be close to the same but I’ll still take my chances moving. If anything they’re lucky that it wasn’t raining super hard the whole time or something. That would have definitely hurt their odds even more.

The beginning is rather slow before they get to the ocean and the actual ocean part doesn’t move the plot much so I wouldn’t give the pacing a thumbs up. In terms of action we don’t get any real shark action until near the end. That part can be a bit violent but for the most part the rest of the film is super tame. Once the sharks come up then you know you’re near the end of the film. In case you don’t know the story behind it I won’t say what the ending is.

Overall, Open Water isn’t really my kind of film. I think the only way you pull off a dialogue film like this with two characters talking to each other the whole time without moving is if it’s about some kind of very interesting topic or in an action setting with the characters strategizing. Look, I watch 10-15 hour streams of people debating One Piece power levels which is equivalent to some guys in a small room just chatting but it’s all very engaging because there’s a lot of energy in the room and everyone shouting over each other. For obvious reasons the characters don’t have that kind of energy here and aren’t even in a good mood like that either. For that reason I would say the very premise is doomed from the start. There is no way to make a film like this stay interesting for the duration of its run without some kind of extra hook. Not if you want to keep the serious tone. As a comedy…perhaps you have something here. I would say to read up on the events this film is based on instead.