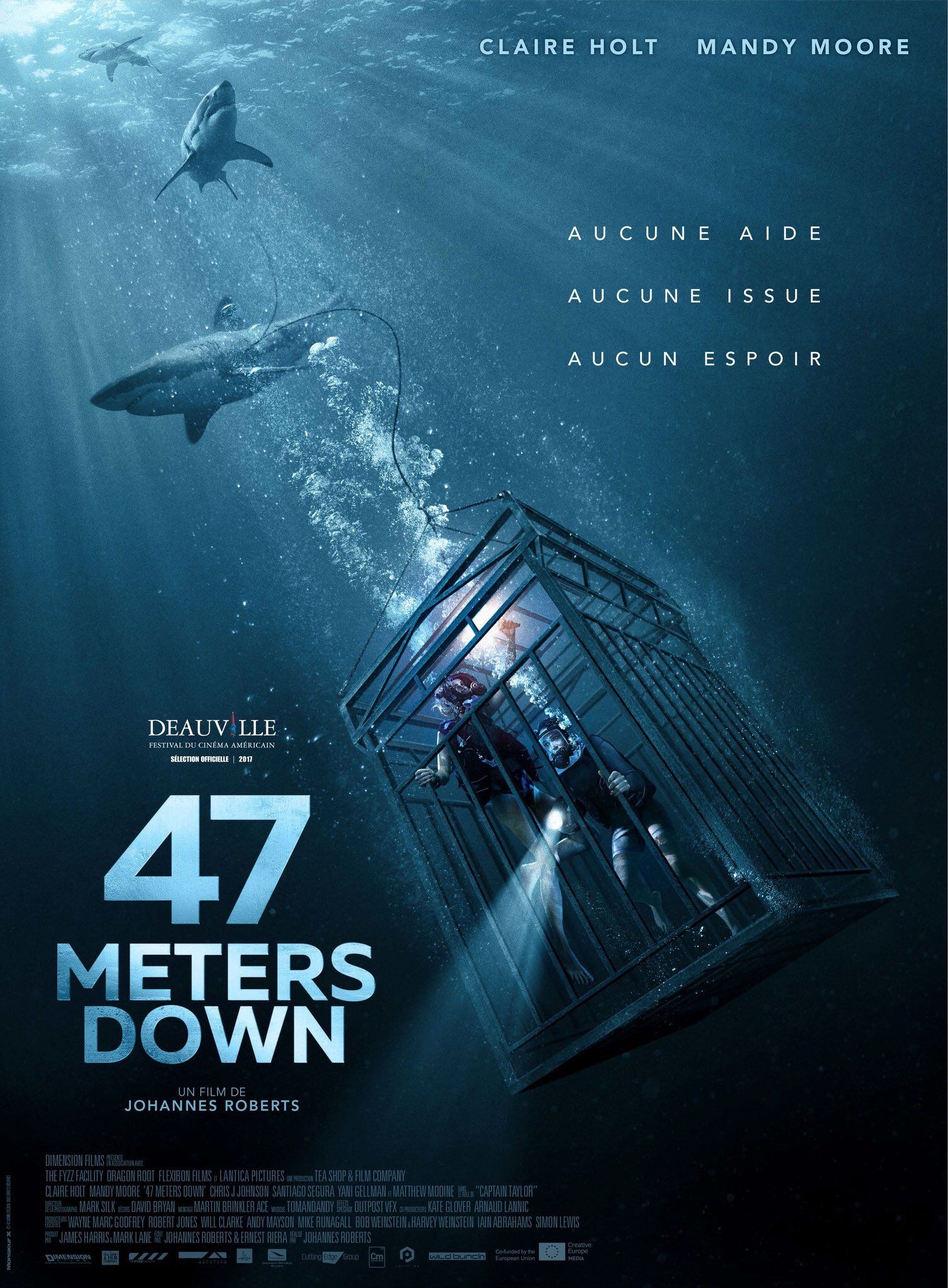 Time to look at a shark film! These are usually doomed right out of the gate because it’s going to be hard for them to dodge the animal violence issue. Put it this way, if the humans win and beat the shark then the shark’s probably going to die. If the shark wins then it’ll just be normal violence as he eats all of the humans and that won’t do the film any favors. There is a pretty clever twist in the movie, but aside from that there wasn’t really anything to note here that would have the potential to save the film.

The film starts with Lisa’s boyfriend breaking up with her. This pretty much ruins Lisa’s vacation in part because of how sudden it was. This wasn’t news that she expected to hear right at this moment. Kate tries to cheer Lisa up for a while and when they are given an offer to swim with the sharks she jumps at the opportunity. The way this is supposed to work is some guys will lower the heroines in a cage and then lure sharks with fresh meat. The two sisters will get to see the sharks through the cage and then after a few minutes they’ll bring them back up. Lisa feels like this is a bad idea, but Kate convinces her that this is the only way to make her ex super jealous. Lisa ends up going through with this, but she may end up regretting such a decision.

With a movie like this you are probably expecting the premise to revolve around the leads making bad decisions so you probably won’t be very surprised at how this plays out. That’s exactly the case. The two guys make it pretty clear through their actions that this is super shady and not at all legal. The skipper even asks if they can dive and Lisa lies by saying she has experience. Then we see the guys dumping the bait into the ocean which is also illegal. There are a ton of safety reasons as to why this is a bad idea, but none of the two leads really stop to think about this for more than a moment. They were really just looking for a thrill even if it came at a super high price and that’s definitely no good.

Lisa’s also not a good main character with how fast she’s rebounding. It’s fine to take the guy dumping her fairly hard as everyone deals with it differently. Immediately moving in on a new guy is a terrible way by any stretch of the imagination though. It was partially due to peer pressure and partially to forget the other guy, but no matter how you slice it, it weakens her character. During the course of the film she does her best to overcome her fears of being underwater, but she never should have gone on the boat.

Then you have Kate who does her best to be supportive of Lisa. She wants the heroine to get back in good spirits and figures that having her do something extreme like this is the way to do it. She heavily pressures Lisa into doing this so she is partially responsible for what happens here. (Of course, ultimately it was still Lisa’s decision) Kate is very pro-active and does her best to keep on trying new plans to escape while in the cage. It’s a super tough situation, but she stays calm and always has a plan so from the two leads I definitely preferred her.

It’s a pretty small cast because the other characters are just the random guys and the captain of the ship. None of them get to do much or even appear all that often after the girls get in the cage. There really isn’t much they can do from above water, but they do their best by calling the coast guard and one of them goes under to help. With all the sharks around you can probably imagine that things get pretty dicey. The opening segments aren’t particularly strong, but for the movie the really dangerous part naturally comes from when the sharks actually start to appear.

This leads us to some classic animal violence. The film actually managed to reasonably avoid it for the most part, but there is a particularly gruesome scene involving a shark eye near the end of the film. It was definitely one that hurt and especially with the film so close to being over. Beyond that the film just also gets hurt on account of most of it taking place underwater. Mobility is limited down there so it doesn’t really make for very engaging scenes. The heroines trying to escape the cage and swimming around isn’t really that exciting. We get some nice visuals like the sharks all around them, but all in all I’d prefer to be on land for more of the movie.

Parts of the climax feel pretty cheesy with characters surviving attacks you wouldn’t expect them to. Due to how the film handles this I wouldn’t call it bad writing though. It actually makes sense the way the film explains this, but without that I would have had a very tough time buying into it. The film’s ending isn’t really my style so it doesn’t help the movie either. I wouldn’t say it hurts too much or anything, but the film really needed more positives to get it back up and this didn’t help.

More characters would have helped the movie’s dynamic. Part of the issue here is that Lisa and Kate aren’t professionals so a good chunk of the time they’re panicking a bit or just sad at what’s happening. Part of the fun with having a lead who’s a professional or just arrogant is at least they’re talking tough or making one liners the whole time. It’s more fun to watch a character who seems to have everything under control compared to more of a civilian type character who is written to act as you would expect someone to be. That means a lot of panicking and crying as opposed to just punching everything out.

While this was a minor scene, I was also annoyed at how the heroines just dropped the camera into the ocean. It happens almost immediately which is iffy because the other guys made such a big deal about not dropping it. It came off as rather clumsy and they should have used the strap around the wrist so that eliminates the risk of it plunging like that. You gotta be more careful with equipment like that, especially when underwater where sharks are a constant threat.

Overall, 47 Meters Down plays out pretty much like you would expect it to. The characters are lowered into the ocean in a cage and must find a way up. The premise speaks for itself and you can reasonably predict the entire movie right away. Aside from the twist which was pretty original, the film doesn’t really do anything else to try and make a name for itself. I’d give it a thumbs down for the animal violence and in general it’s just not all that fun. I think you need at least an underwater base and a few characters who can fight to make this one better. If you want a film about the ocean, check out Aquaman instead.