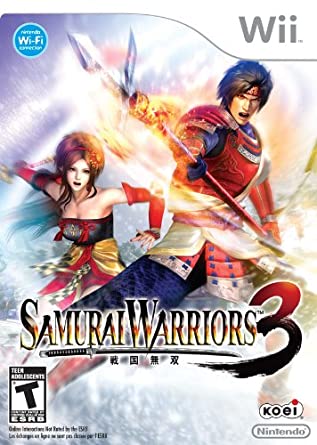 Playing a beat em up type game on the Wii certainly feels rather odd. It’s not really a Wii kind of game and so I always tend to play these on the PS3/PS4 but that wasn’t an option this time. Well, the game is as great as always. It can take a little time to get used to the controller layout but once you have got that down then the rest of the game is effectively like the others. You shouldn’t have any problems with it.

The story mode is a little different than some of the other titles in that it is centered around a specific character as opposed to the kingdom. So you have a lot of options on who to make the lead and then you get a story tailored to that fighter. It’s a nice touch and I have to assume that it’s a lot more work since way since there are a bunch of stories so kudos to the developers on that. There are 5 story levels for each character.

It took me around 2-2.5 hours to clear the story so the level length is nothing to sneeze at. The final level also gets tricky so you will want to be careful. Of course you can switch the game’s difficulty back down to easy if needed. The final level has a trick to it so it’s hard not to die the first time but then you’re ready for the inevitable rematch. In each of the levels you have a pack of items with you that do things like increase your strength, defense, or just plain healing items.

Personally I always recommend going for the healing pack. It can effectively replenish your health bar 6 times over which is really handy since Samurai Warriors doesn’t have health items just hanging out on the map or anything like that. So the levels are easy initially because you can just heal your way to the goal. Well, the final level changes that up. Suddenly you are unable to use your healing items near the end. You then have to clear a quick gauntlet of bosses.

I can safely say this is where I lost the first time. It’s difficult to beat so many enemies without being able to heal. On the second go around I made sure to use a potion right before they got deactivated but I was still running out of health fast. It was pretty intense but I just had to survive with a single smidge of health left as I challenged a bunch of different opponents. Finally I got a level up which automatically restores all health. I don’t know what I could have done without that. So it’s hard to time but if you’re having trouble on this level just beat a ton of minions until you’re close to a level up before starting the fire which triggers your items not working anymore.

As for the gameplay, it’s your classic beat em up style. You have your standard attacks, power moves, and your super attack. One new thing here is the guard break which you can use at the expense of one energy orb and break through an enemy’s defense. This will actually be the most important move you have in the entire game so make sure you use it a lot. It’s also an absolutely surefire way to stop their ultimate attack midway. There aren’t really any downsides to the shield poke either so why not use it right?

The gameplay is noticeably slower than Dynasty Warriors but that might be intentional. I seem to recall that being the case for the last one as well so maybe it’s a way to make the titles stand out as being different from each other. It’s fair since you don’t want all of the games to be clones after all. Most of the other parts of the game are all as you would remember them. The final smashes can all be blocked by the A.I. and usually are though so I’d like them to get buffed in the sequel. As it stands, it’s often better to use your standard attacks than the final smash which doesn’t make sense.

There’s a side mission here where you have to invade castles with Takamaru. It’s a fun little side mode and does well in adding more replay value to the mix. I completed the first world for now before calling it a day. I like the fact that it effectively turns this into a crossover series right out of the jump. They should bring Takamaru along into one of the games at some point as a fully playable character. Maybe he’s in that Warriors All Stars game.

With each story mode taking around 2 hours you’re talking about around 20 hours of content right out of the gate. Then you have the castle mode which will add some time and even a historical mode. Through in the multiplayer and maxing out the rest of the characters and you’ve got yourself a really long game. It goes for really cheap at the moment so it’s a really good bargain. You definitely can’t go wrong here.

The graphics look really good as you would expect. The character models and stage environments are on point. There are a number of solid looking cutscenes throughout that really help to make this a compelling experience. In some ways you could say it even looks better than the modern Dynasty Warrior titles which is very impressive. The story was more emotional that’s for sure, at least in Yukimura’s story. While the OST may not be super memorable, I would also say it was good. The main theme is catchy and you have a lot of fast paced tunes for while you’re fighting.

Overall, Samurai Warriors 3 is definitely a game I would strongly recommend. It’s really got everything you could want in a beat em up title from lots of content to a satisfying story. The layouts are all very clear and the game has no real weaknesses. I definitely look forward to seeing how 4 plays things out. Will it be just as solid or perhaps even more so? In the meantime you’ll want to pick this game up to prepare yourself.