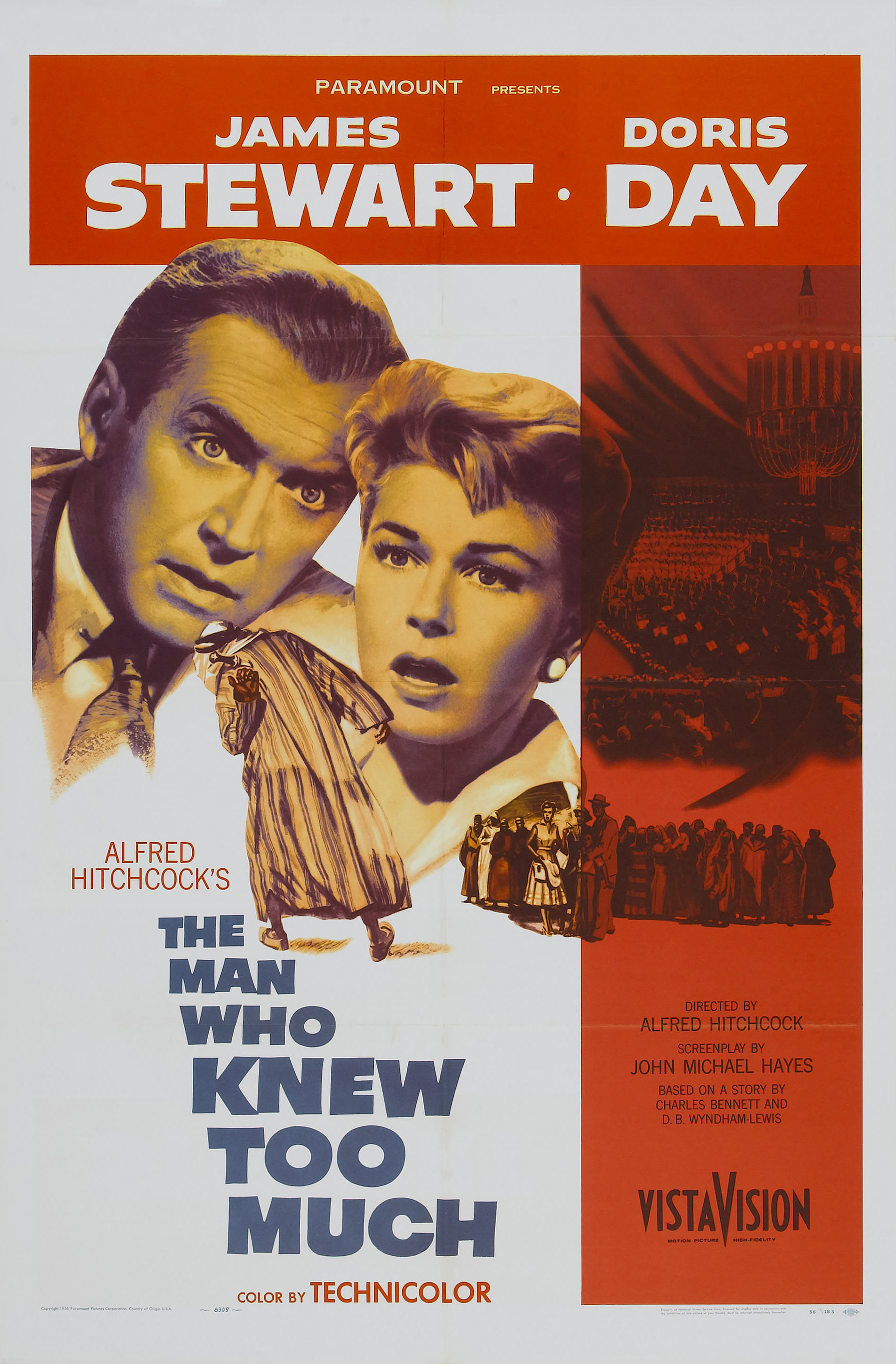 It’s time for the remake to the film I just reviewed. When you watch both of these films back to back you can really compare their strengths and see which one comes out on top. Ultimately I would say this one definitely beat the original. Both of them are solid and so I wouldn’t say the gap is big or anything but I was really able to get behind the remake. I felt like the main characters were stronger and with the added time you could do a lot more. Although ironically the villains have almost 0 development.

The film starts with Ben and Jo on vacation with their son Hank. They’ve had a pretty fun time of it so far and have a few more stops left. They nearly get into a fight with someone on the bus though when Hank steals something from a lady. They are saved by the intervention of a guy named Louis who is eager to know everything he can about Ben. He asks a ton of questions and every time Jo tries to ask him something the guy ignores or and asks Ben some more questions. Ben loves talking about himself so this is a fine set up for him. After telling Louis where they are staying, how long they will be staying and where they will go next, Louis leaves.

Jo warns Ben that he’s making some big mistakes with giving all the info away but Ben’s confident he’ll be okay. Louis ends up getting murdered but quickly tosses Ben a note. Ben thinks about telling the police but then he gets a call warning him not to tell them anything or Hank will die. Turns out that they swiped Hank away under the guise of a nice neighbor taking him home. Ben tries to gently break the news to Jo but she doesn’t take it very well. The two of them are going to need to try and track Hank down but it’ll be difficult since they aren’t exactly used to dealing with the underground. All they’ve got as a clue is a location from the note.

Like in the first film we get the return of the Church led by one of the villains. This time they aren’t worshipping the Sun though so it’s not quite as outlandish. It’s interesting because this could have been game set and match for the villains if there was any way to leave the Church without being noticed. Unfortunately for the heroes that isn’t exactly possible. In a small setting like that, everyone notices when you get up and the villains have a plan for everything. It was fun to see the various stare downs in there as well.

This time around we don’t get a big shootout climax. In fact, the climax is very low key with things happening quickly but quietly. The ending just sort of happens as we cut away from what would have presumably been the full climax. It’s a solid ending but I do think the first movie has the edge in that area. I was glad Ben went for the shove at one point since it’s always something I feel more heroes should do. Look, if you are being held at gun point and the guy is at your side instead of behind you, just quickly shove into him.

At that angle he can’t hit you in the head and a heart shot is unlikely. So now you’ve got him on the ground and even if you’re wounded perhaps you can hold him down until someone arrives to help. At the very least Hank is safe no matter what so you’ve accomplished your main objective. It’s certainly a whole lot better than just accepting your inevitable death. Because if you follow this guy into a car or a dark alley that’s all that awaits you. At least this way you have a chance.

Hank doesn’t do a whole lot in this film. He’s just a kid after all so he gets kidnapped and tricked but that’s about it. Jo’s a solid main heroine. I wish she wouldn’t panic quite as much when she learns about Hank going missing but after that initial scene she handles the rest of it pretty well. She was key in helping out at the opera as well as executing the big plan at the end involving her songs. She took a fairly large role in getting Hank to safety.

The same can be said for Ben who does his best to take on this criminal enterprise. He may not have experience but he’s got determination which is important. In this version of the film he’s with Jo a lot more while in the first film he was teaming up with the older fellow. The change makes sense since this way both parents get a sizable role here.

As mentioned before, the villains aren’t very memorable though. You have the old lady who starts to think that maybe she’s on the wrong side here. It’s way too late if you ask me though. She was completely fine with kidnapping the child and it was obvious what would happen to Hank in the end. Getting cold feet now doesn’t make her more heroic. The other villains are mainly just here as part of the story but don’t have a lot of character. At best you have the friend of the prime minister who had an interesting personality. He certainly doesn’t excuse failure a whole lot but as a political head he can’t go around shooting people either so he’s in a bit of a bind.

Overall, This was a pretty solid remake. The writing was very good as expected and I thought the characters were an improvement over the first film except that the villains were not memorable. The film had a little more humor than the first film and it all landed pretty well. One of the better gags was the main characters having to rush out all the time to the confusion of their friends and family who had gone over to have some fun with them. It wasn’t quite the house party they had in mind that’s for sure. I’d recommend checking this one out. Unless you want to compare both titles directly and just want to watch one, I would say this is the definitive version of the movie to check out.