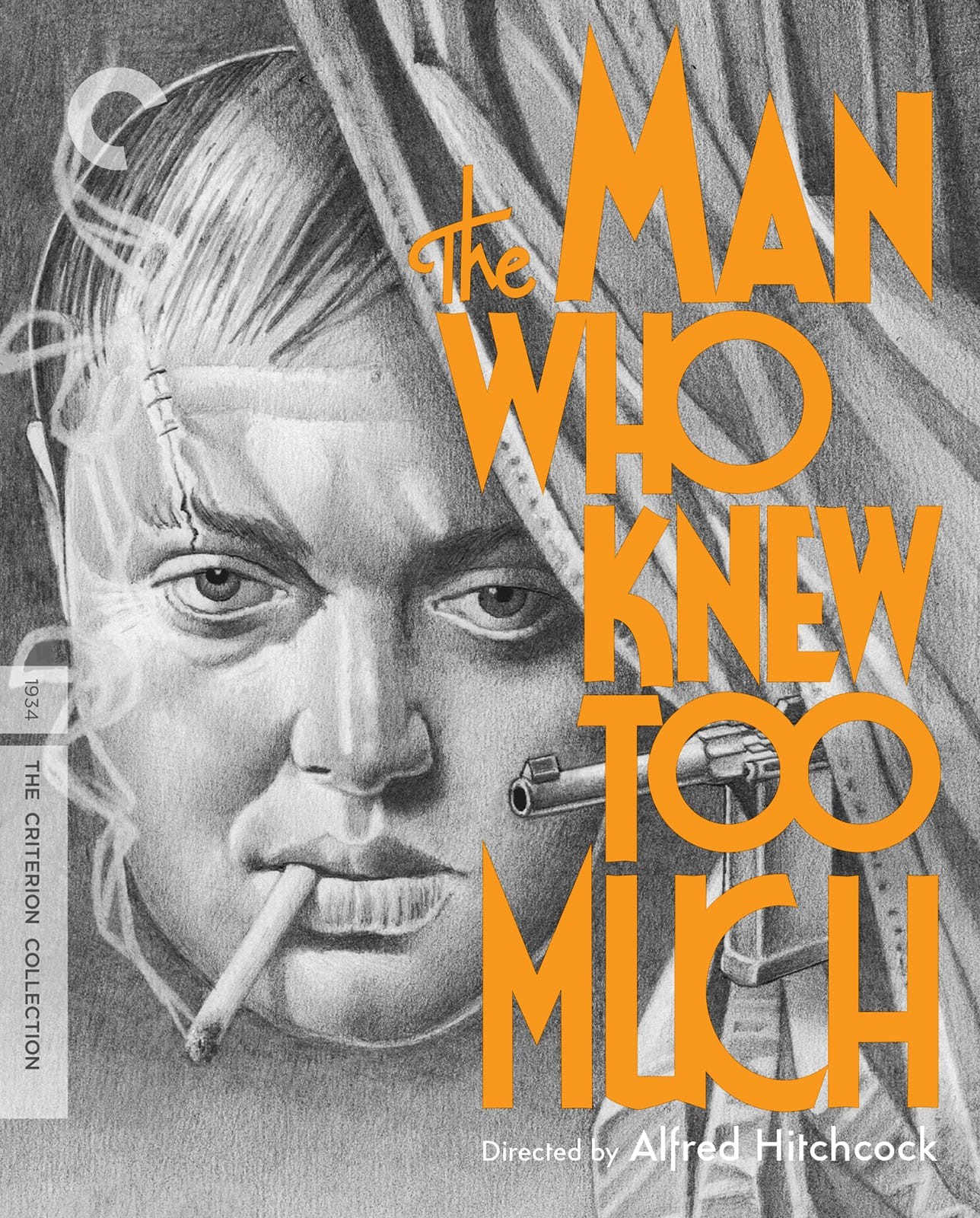 Whenever you know too much it can be tricky. Knowledge is hidden away for a reason after all and when you find out what it is, you’ve just put yourself in a whole lot of danger. It’s something that the lead characters learn quickly here although it’s not knowledge that they tried to learn so you can’t blame them. It’s a pretty solid suspense thriller with a surprisingly action packed climax.

The movie starts with Bob and Jill enjoying a nice vacation with their daughter Betty. Unfortunately Betty does wreck Jill’s chances of winning a shootout though by causing a lot of noise and distractions. She was goaded on by another character but it was still a tragic way to start the day. Bob and Jill head back in to have a good time but then a mysterious person they didn’t know very well hands Bob a letter and quickly gets murdered. Bob is about to tell the police about this when he reads the letter and sees that it’s a threat. If he tells anyone what he knows then Betty will die.

Bob confirms that Betty is gone and so this threat cannot be taken lightly. Bob needs to find these guys and fast so he heads out with Clive. The reason for urgency is that the cops are slowly gaining ground on the villains as well and if they do catch them, the antagonists may believe that Bob spilled the beans and take out Betty. The heroes will have to go to some dangerous places and dark alleys to find them. Meanwhile Jill has to do her best to stop another assassination attempt from taking place.

There’s a lot going on here which is something you always want to be able to stay about a thriller. Bob goes to different places from street corners to dentists to corrupt churches. In the dentist scene I was impressed with how he turned the situation around. Usually when the villain grabs their tube and starts to hit you with the knockout gas, the character will immediately fall to the ground and have no tolerance for the stuff. It’s not a very impressive look for them but Bob was able to rip it off and take the villain down. Now that was impressive.

In general I thought Bob was very good. He did a lot of the legwork in trying to find Betty and put himself in peril many times. He didn’t crumble under the pressure and kept a cool head about everything. His partner Clive also deserves a lot of credit for sticking with him on the adventures. He had a particularly rough time at the dentist’s office and was still able to keep it moving. He was certainly a loyal companion.

Meanwhile you also have Jill doing her best to handle this. We saw in the opening scene that she is good with a gun so the whole time you’re waiting for the payoff on this. Fortunately it does arrive and as the film’s climax is a giant shootout, that makes sense. This way each character got to contribute which was good. Only Betty didn’t I suppose but as a kid there’s not a whole lot she could do. The villains treated her pretty well at least so the experience wasn’t too traumatic.

The climax was extremely explosive though which is still surprising. The villains decide that they won’t go out without a fight and the nonstop shooting between the heroes and villains commences. The police didn’t look very impressive with their counter strategies though. If you see that your guys are going down one after the other you should probably rethink your strategy of plunging forward. They don’t and so by the end of the film a few villains have managed to take down almost 2 dozen cops. That was pretty crazy and I wish we had seen more tactics.

The main villain here is Abbott who looks shifty from the start. I think it’s safe to say that you’ll figure he is the villain almost as soon as he appears. You have the sinister music/atmosphere when he shows up and there aren’t a whole lot of other suspects anyway. Abbott does make for a good villain though. He seems a little insane but that’s not surprising for a villain like this. He’s the brains of the operation and the rest of the villains are fairly expendable to him. He made it pretty far in this plan.

The only character who didn’t seem to have much of a clue the whole time was Louis. I dunno, I suppose the whole thing wasn’t his fault since he had a mission to achieve but it felt like he didn’t act too cautiously. You’d never know that he was a professional agent with the risks he took. The guy thought he was James Bond with how he would party and hang out. I’m mixed on him since a decent amount of that may have been his cover. If he could have taken a few villains down before going out that would have helped.

The film is very strong all around though. The characters are good and the script is really solid. I’ve probably said this a thousand times but I love the good banter in the old school titles with the heroes and villains. There’s always a very fake polite type dialogue going on between them. If you read the text through an emotionless machine you could think the characters were friends but it’s all in how they talk to each other. The pacing is on point as well.

Overall, The Man Who Knew Too Much is a solid thriller. It is pretty tense with the child being kidnapped and all. We also get some rather atmospheric locations like the fake church. The characters balancing their attempts to save their kid while also being subtle or they will put her in more danger was effective. The cops also looked decent here as they were beginning to find Abbott, I just wish they had looked better in the climax. There’s no scenario where running into a stronghold filled with guns is a good idea without some kind of cover. You gotta be ready to adjust and then fight back.