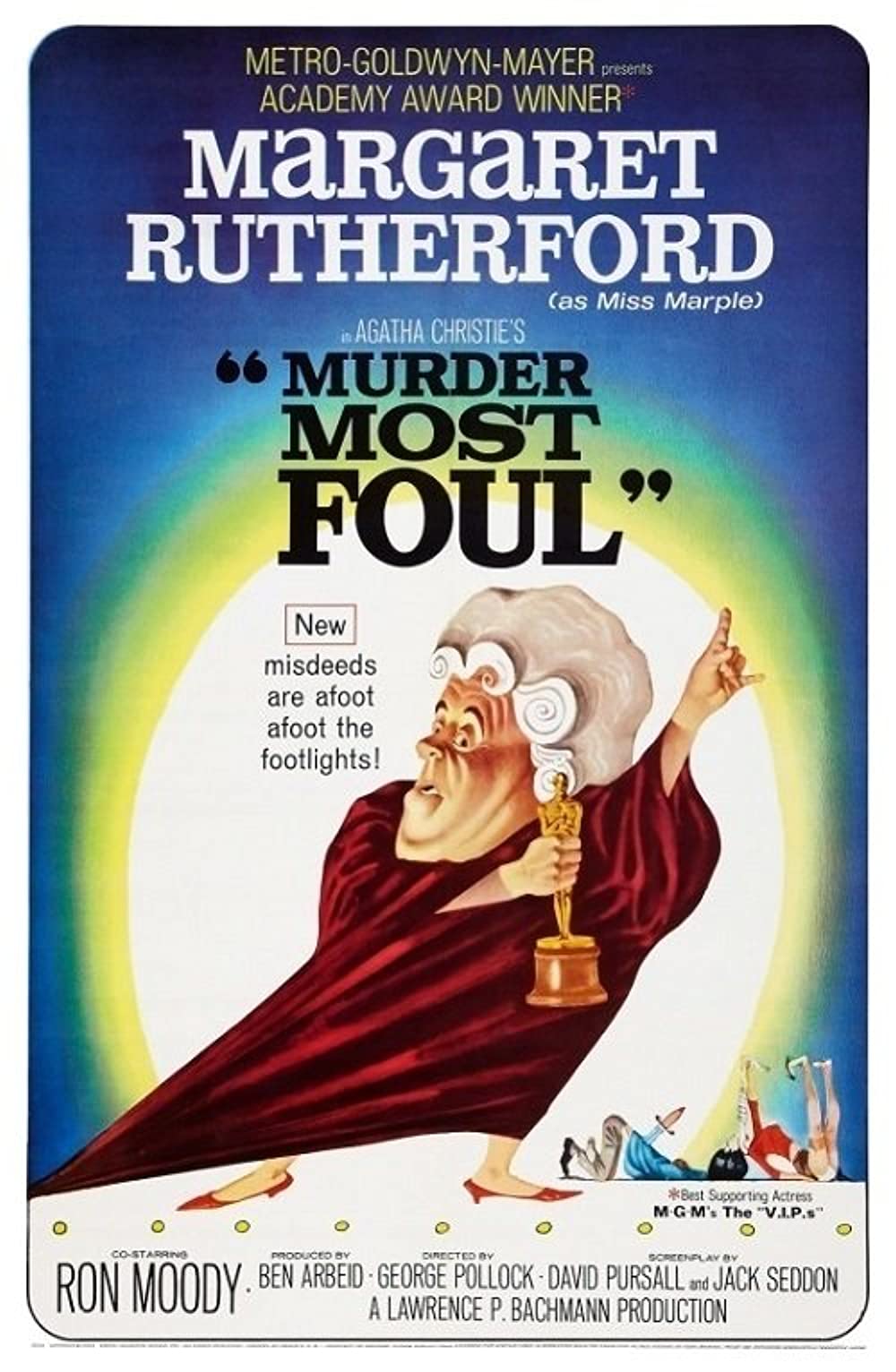 Marple returns for another adventure in my little marathon but this time she really has a time limit since an innocent man will die if she doesn’t solve the case in time. Unless of course she is mistaken and the cops did grab the right fella in this case. Only time will tell but Marple is also going to have to become an actress for a little while if she is to succeed.

The movie starts out with someone getting attacked and murdered but unfortunately the police officer who was passing by did not notice. A trial is held with the primary suspect who was found near the lady who was murdered. Everyone including the police think it is an open and shut case but fortunately Miss Marple was there as one of the jurors and prevented the case from being concluded. She believes that he has been framed and intends to prove it but the Inspector shows up and reminds her not to interfere with police business. She is going to have to be on her own this time along with some help from Springer.

The first thing she will have to do is join a local acting circuit and while she is initially turned down for being too old, her money has a clear voice and alters the outcome. She must figure out which member of the troupe committed this foul deed and bring him or her to justice. It’ll be difficult though because all of these guys are rather young and fairly quick on their feet. Underestimating them would not be a good idea. Can she crack the case?

Marple is about as solid as always here. She makes sure to have the upper hand against the villains at all times and even reminds us that she has her gun skills at the ready. She isn’t afraid of anyone and takes all kinds of risks in order to get close to the case. Her confidence never wavers and you could go on and on about what a quality character she is. The overall point is that since she can fight as well, that elevates her character since she now has ways to defend herself.

As for the Inspector, well by now he’s starting to play a really central role in these films. He’s also starting to take the whole battle with Marple a lot more personally or at least that’s how I see it. At first he may not have believed her but he didn’t seem upset about it. Now he throws fits and even tries to arrest her. He’s really not happy to see her at all and you’d think he would be since she is always solving cases and putting murderers beyond bars. The Inspector starts to appear very unreasonable but he’s still fun as an antagonist.

He may mean well but since the guy is constantly trying to get in her way it’s hard to call him a protagonist at all. It’s a shame since he does want to be a defender of justice. Springer is helpful here as well as he always gets orders from Marple to head to various places and gather intel. In some ways his missions are very dangerous as well since he’s really going places to find out information that the villains don’t want to get out.

As for the actors/actresses, some of them do seem a bit unhinged so you can definitely see how things would get a bit crazy. One of them tries to strangle another only to say that it was all a joke at the end. Then you have a girl who hears voices and talks about spirits as she loses her mind every night. She comes close to even stabbing Marple which is crazy and shows that there may not be just 1 villain around. The director of the troupe is desperate for money so he at least makes a show of trying to be helpful but you don’t buy it. He’s more obsessed with having a good show than with actually aiding the police which is not a good look for him.

All of the usual musical tracks are here along with the quality writing you would expect from the series. The case is interesting and the characters are good which is all that you need. The suspects may not be the most likable bunch but as they are suspects, this works well enough for me. That said, I would consider this to be the weakest film in the series.

For starters, having the court case be almost completely off screen was disappointing. There’s a lot you could do with Miss Marple in a court setting. It would be an interesting dynamic to have had her solve the case while in the room with the jurors. Maybe it would have been difficult to turn that into a whole movie but I think the idea has potential.

Then you have Marple’s tryout scene which I thought was rather dragged out and not too interesting. It’s easy to see why she was initially denied entry since she just wouldn’t work very well in the play. None of the actual acting scenes were particularly exciting though as you just want to get in on the action. Near the end you have the main plot going on at the same time which works better since there is a point to it. The Inspector’s right hand man looks pretty bad in the process though since he really left his post completely. When you’ve got one task and there are life and death stakes you definitely need to take everything rather seriously if you ask me.

Overall, Murder Most Foul is still another quality title overall. I would have played things out a little differently but at the end it’s a murder mystery that does deliver on both aspects. You shouldn’t have any serious issues with this one as stay engaged with the case. With the inspector even getting a promotion at the end you like to think that maybe he will be a little nicer to Marple going forward and can even help her out in her cases right? Well, we’ll see in the final installment in the series.