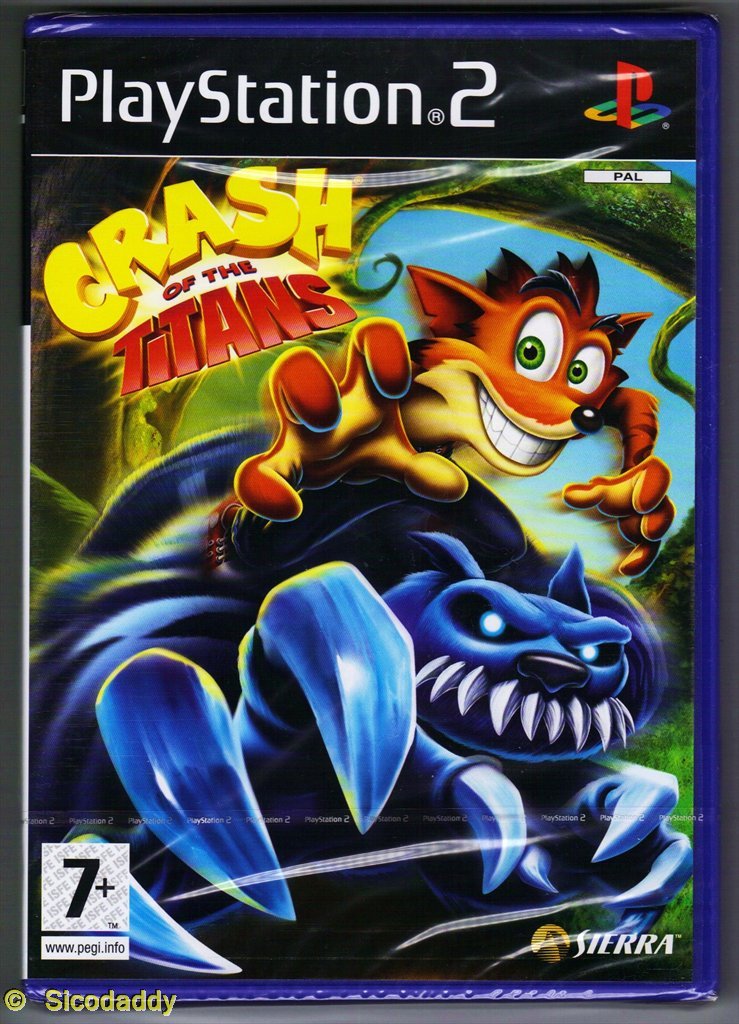 It’s been a little while since my last Crash game but it’s time to get back into the action. This Crash game is also a little different from the others in that it has more of an emphasis on the combat. It’s part beat em up this time as opposed to being a pure platformer and that certainly works out well enough for me. I love some good battling after all.

The story starts with Cortex attacking Crash and the gang once again. This time he’s serious so the heroes have to really watch out or they may be taken down for the count. Coco is kidnapped though and Crunch is encased in ice so it’s all up to Crash as per usual. What will make this a little more difficult this time is that Nina is taking over the role as main villain instead of Cortex. In fact, Cortex has now been imprisoned so deep down he may be rooting for Crash as well. Crash will have to get through many different dungeons and castles in order to get to Nina but he won’t stop until he has saved the world.

It’s easy to describe the gameplay since it’s what you would expect in a beat em up. You try to take out your opponents with standard moves and power blows. In a lot of circumstances you have to defeat all of the enemies in order to proceed and other times you can skip through. While the gameplay is simple, that also makes it difficult to go forward in other cases. For example, there are a bunch of slime minions that show up in a few levels and the only way to even damage them is to use your power moves.

The issue is that the power moves take a lot of time to load up. Additionally, these minions can use parry skills to dodge your attack and land a pretty solid blow. I would really just beat these guys with luck half the time and the other half I would just end up getting wrecked. There is an item that allows you to use a one hit KO attack so I recommend saving it for whenever you see one of these guys. Keep in mind that the item does not reappear if you lose a life so be careful when you use it.

A prominent mechanic in this game is that you can also take control of an enemy you defeat. This is crucial to completing the level. When you take control of a monster, do not allow yourself to be defeated and always hop into a new monster if you’re losing health. Most of the monsters are incredibly powerful so while you have control of one of those you should be really safe.

It’s not full proof but it’ll help you out in most circumstances. Otherwise I just couldn’t find a good full proof strategy against these guys. You won’t have a problem against most of the other enemies though, just button mash as best you can and you should be all good here. It’s a fun combat system and the ability to jump into monsters reminds me of Mario Odyssey. The boss fights make good use of this as well with the final boss being rather difficult to deal with. Most of the other bosses you should breeze through.

One pro tip here is as I mentioned, sometimes you don’t have to beat every enemy. Remember those moments well because it can be the difference between winning a round and losing. There was one really intense moment when I was nearly out of health and had to deal with a lot of the fire monsters. So what I did is I just ran right past them. Just barely mind you, but I was able to jump into the tunnel leading into the next level right before they slammed me. Losing can be intense here because a game over means you go back to the very beginning of the level no matter how many sections you completed. So if this tip helps you even avoid one game over then it’s definitely worth it.

In a way because this is not a platformer it does feel a lot easier than the usual Crash games. In terms of length I’d say it’s similar. You should beat this one in under 10 hours. In terms of replay value I don’t recall running into any collectables but there are probably some things you can do with to increase the play time here. Either way the game goes for a fairly low price nowadays so you should be able to get good value here.

The graphics have aged pretty well too. The character designs are on point and the art style is really colorful. It’s all expressive and taps into that Crash energy well. I may not be a fan of the character himself but the universe always had a lot of interesting level designs. That remains true for this game as well. The soundtrack is less memorable but the tunes work well enough within their contexts.

As for Nina, she works well as the new main villain. You do feel bad for Cortex though since she is absolutely roasting him throughout the entire game. You’d think he would get a little more respect since they’re related and he was a main villain for so long but that’s not the case here. Nina is played straight but the rest of the villains tend to have their comedic moments as well.

Meanwhile Coco spends most of the game being mind controlled and kidnapped so this isn’t exactly her biggest role. It does allow Crash to step in and do the job on his own…or with a little help from the mask I should say. Crunch stays frozen so don’t expect any help from him. The game has a lot of cutscenes/cinematics so it’s a good chance to see more of the characters. All in all, it makes for a satisfying story mode.

Overall, Crash of the Titans is definitely another solid Crash installment. It’s a nice change of pace having Cortex on the sidelines even if I still prefer him to Nina. Nina gets her hype though and puts up a good fight here. If the games were to ever revamp Crash’s personality just a bit I dare say that the series could end up being even bigger than it is currently. There are just a few more Crash games I haven’t played yet so now I’m really close to the end. It’ll definitely be a milestone getting that far.