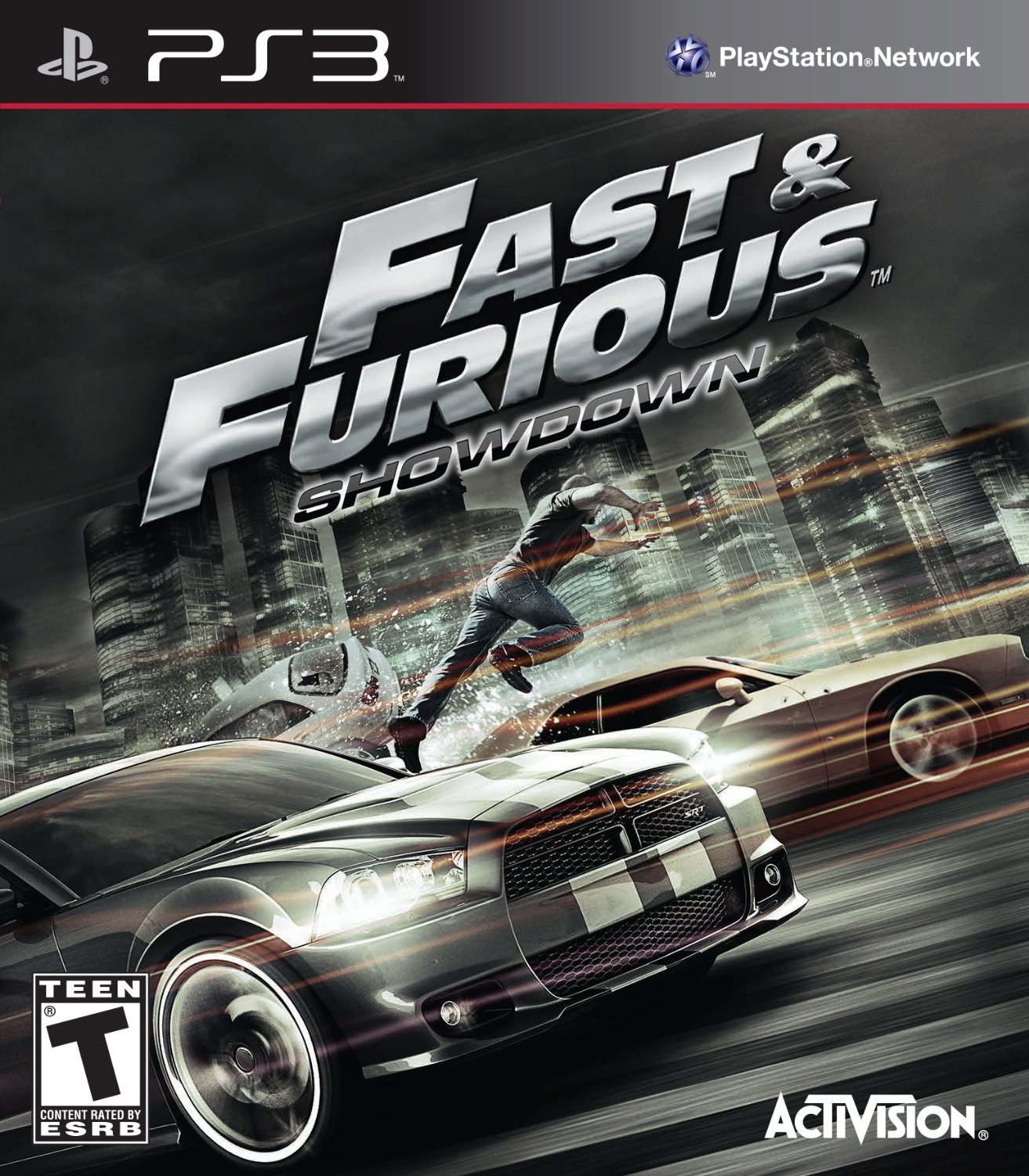 Fast & Furious Showdown is one of those games that is easy to forget about. I didn’t even know it existed until I was on Ebay looking for the new game and came across it. That said, this should not be mixed up to say that it isn’t a high intensity title. The racing is solid and while the game is short enough, there is a tough level or two that should take you some tries. Ultimately it’s a good racing game that is hindered by its short length.

The game takes place before film 6 where the heroes had their big team up with Hobbs. So the campaign follows the introduction of his new partner who is trying to learn about Hobb’s objectives and enemies. To do this, the heroes basically talk about how great Dom and his crew are as well as Shaw and the villains. As they continue defeating us in each encounter, the partner gradually sees why Hobbs wants to recruit Dom and his gang since Shaw is unbeatable otherwise.

As for the gameplay, it’s your standard racing game for the most part, but throw in a bit of Need for Speed type combat as well. After all, either the cops or the villains will always be trying to stop you depending on what side you’re playing as. So you have to move as fast as possible and always stay one step ahead. For the traditional driving levels, the gameplay is on point and you feel like you’re going rather fast. The toughest levels are when you have to win through drifting which is not a mechanic I use a whole lot in any title.

Then you have the double driver levels where one person jumps to the top of the car and blasts away at the others while someone drives. I would always switch myself back into the driver’s seat because I’m not the biggest FPS fan. Additionally, I found the A.I. to be a pretty bad driver in most instances so driving on my own was the best bet. Otherwise you’re just crashing all the time and at times it also feels like you’re just moving really slowly which was kind of odd. I don’t see how that would have an effect on anything as long as the A.I.is holding down the accelerator.

There is one level where the obstacle feels a bit odd though. That’s when there are these little bombs on the ground and the shockwave feels like it’s a whole lot bigger than the animation. It doesn’t matter where you are, the bomb will ultimately catch you. I thought this was a bit much and died numerous times but I suppose I eventually got out of there which is the important thing. That’s the only time I let the A.I. drive so I could snipe as many bombs as possible.

There are also some quick time events where you have to jump on a truck once in a while. I like quick time event type scenarios but this one does feel like there is no true purpose to even have it here. It’s a small instance once in a blue moon for something that will not actually affect the level since it usually ends at that point. I’ll give the game credit for coming up with new modes and all but I think you could have done more with it. Imagine quick time events for some hand to hand fights among the main characters? Now that would have been pretty awesome.

As for the graphics, well they’re fairly standard stuff. Not as good as you’d find in one of the big AAA titles but I would say they are good enough not to be called bad. So they’re fairly passable and better than what you would find in the Madden cinematic moments. The soundtrack is more on the bad side. It’s going for an EA kind of feel with a lot of modern lyrical songs but most of them definitely felt more annoying than good. They’re loud and all but the lyrics don’t work so well and I wouldn’t count this as a net positive.

In terms of replay value, there doesn’t seem to be much of anything here. No extra levels or big collectibles to grab at all. I suppose that means you will purely be here to re-experience the story levels again but the thing to note is that you cannot skip the cutscenes. So that will present a bit of an issue I imagine. There may have been some kind of challenge mode so hopefully that will help but for the most part this is definitely the kind of game that you play for the story and after that you’ll likely leave it around. The story’s around 4-5 hours so it’s good enough if you find this for a small price. For full pricing it would not have been worth it though.

Overall, Fast & Furious Showdown is a fun title. I’m always up for a good racing game and the combat part is also nice since it expands on the concept a bit. What’s more thrilling than trying to turn the corner as someone is blasting as you right? The A.I. uses a lot of rubber banding though so they tend to catch up to you no matter how far ahead you are. Definitely makes it difficult to truly get away without defeating them so you always need to be on the attack. It should have had more of an in depth story mode and more replay value though. I look forward to seeing how the new version plays out one of these days and if it’s able to improve on these areas. If it does then I think we will have a true winner on our hands.