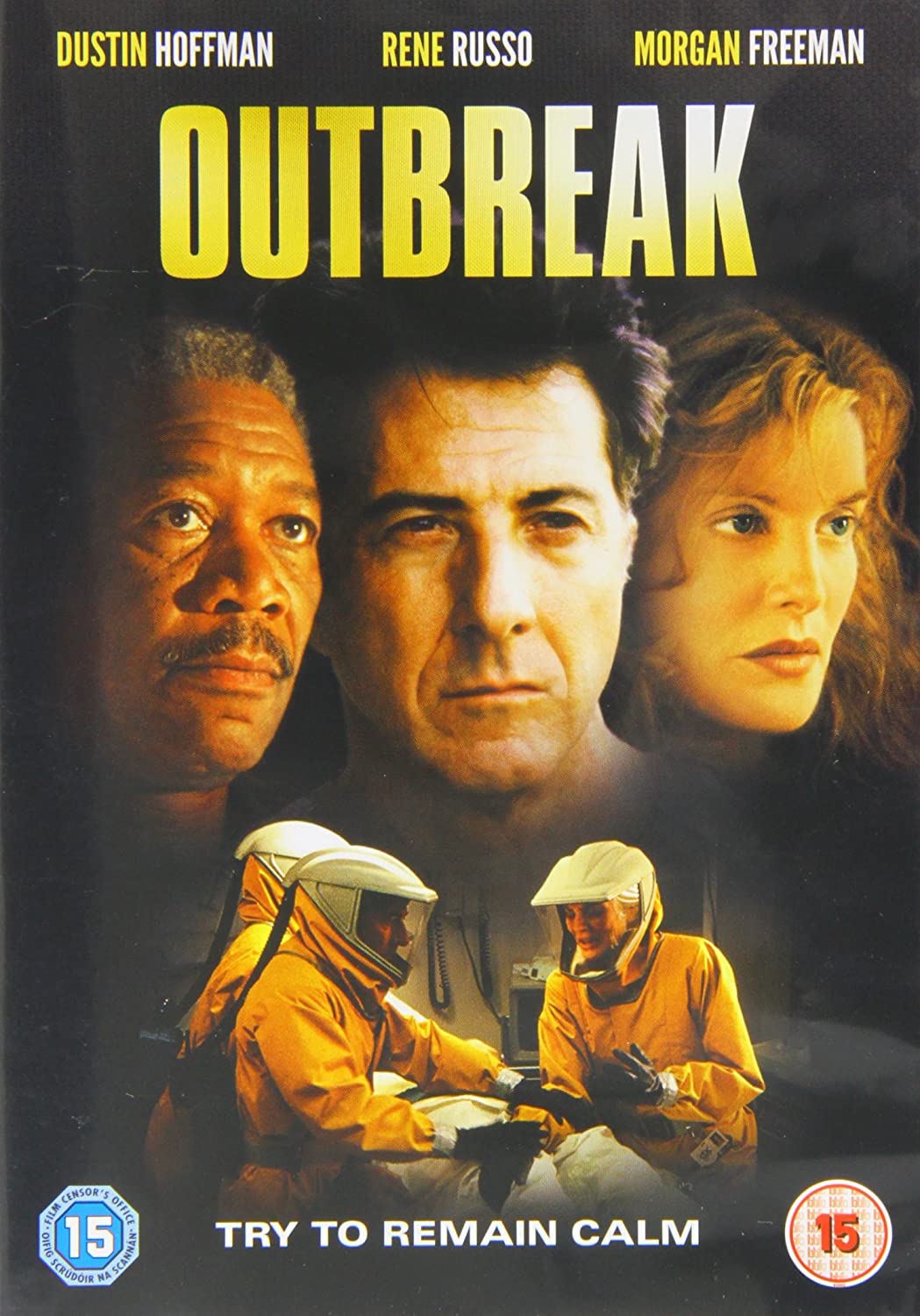 Time for a look at a film involving helicopter battles and a race to stop a deadly virus from destroying the entire planet. Films about outbreaks usually start off on the backfoot since you can expect a lot of rather gross imagery from the infected and probable animal experiments until they get the formula right. Still, if the film can get past that then the sky is the limit.

The movie starts with showing us how a village was completely wiped out by a powerful virus. That was nearly the end of it but then in the present the virus has returned. It attacks a village and manages to take most of the villagers down. Sam and his team try to get some research but after they leave the place ends up getting bombed to avoid any evidence from getting out. The bombs were not big enough though and the monkey escapes via some illegal animal capturing. The Monkey lands a quick slash on a few people and escapes again. The virus is now spreading fast and Sam wants to work on a cure but the government seems oddly hesitant to do anything about this. What are they hiding?

Outbreak straddles the line between being a conspiracy title where the government is trying to murder everyone (I definitely like to think we wouldn’t quickly just bomb a whole village) and a horror film where the virus is always one step ahead of the humans. Just when they get close to stopping it, it mutates into a new strain and runs off. It’s an opportune time to check this film out right now to see all of the parallels. One thing you have to say for the film is that the writing is on point. Sure the Helicopter battle may be a little dramatic but aside from that you could rename the virus to Covid and almost re-release this as a new film.

Sam is a decent main character as well. I mean, he’s not going to be shaking up your world or anything but he plays the role well and does his best to help out at all times. He may be getting stonewalled by the government but he keeps on trying even if it means disobeying orders. He’s really determined throughout the film and never loses his resolve.

Then you have his ex-wife Roberta who is trying her best as well. She sends Sam the information he needs and also takes a lot of risks on the front lines as she tries to help in developing the cure. Salt is a newcomer to the force who looks pretty bad at first but he does look solid by the end. I was definitely not impressed initially but when push came to shove he stepped up. He did a great job of flying the helicopter at the end.

I liked Sam’s best friend Casey as well. Casey really was a pro at this as well and was really the only person who could tell Sam to calm down at times. Not just anyone could do that and he was also quick to defend Sam or help him out discreetly like when the lead didn’t realize that his suit had a tear in it.

Then you have the two higher ups in the government. First is Ford who is one of the guys hiding a lot of information. He’s more interested in covering himself than in actually stopping the virus initially. Now, he is placed in a tough position and eventually he starts doing the right things but it does take him a while to come around.

McClintock is even more stubborn about this though and ends up being a full antagonist willing to murder other U.S. citizens just to bury his secret. He’s certainly not the kind of guy you want to have a boss but he makes for a good villain. The guy talks tough and has a ton of confidence which are both traits that you always want to see in the villain. This guy doesn’t even hesitate when trying to shoot everyone down.

So we’ve got good characters and a solid cast as well. The pacing is on point and you’ll certainly be engaged throughout. The writing is good and the film really takes its time explaining the threat and how this virus needs to be stopped. I also did enjoy the final action scene. It gave the film an explosive climax the way you’d like in these things.

My only real issue is of course with a virus naturally you’re going to see a lot of people really deteriorating as the virus travels through them. That means that the bodies aren’t always pleasant. Then you have characters puking and all. I was really worried at one point because it seemed like a monkey was about to die but fortunately that wasn’t the case. The film took the high road there which was great.

So Outbreak is a solid movie but it’s one that doesn’t have a whole lot of replay value. You’ll watch it once and enjoy it well enough but the slow pacing to show off the virus also means that watching it a second time feels out of the question. So I’d say it sort of ranks right in the middle.

Overall, If you want to watch a scenario of what if a virus showed up to threaten the world then this is a good flick to check out. You’ll see all of the different reactions to it in the film. One of the funnier scenes is when the government throws a big party and Sam is not exactly known for his low voice so Ford has to keep pulling him to the side so that nobody hears about the impending doom. After all at a party that’s probably the last thing they want to hear. The overall message at the end of the film is really that the government needs to crack down on the animal poachers and that’ll stop viruses from spreading all around. The poachers ended up dying anyway since they were at ground 0, but ideally you want to stop the situation from happening at all.