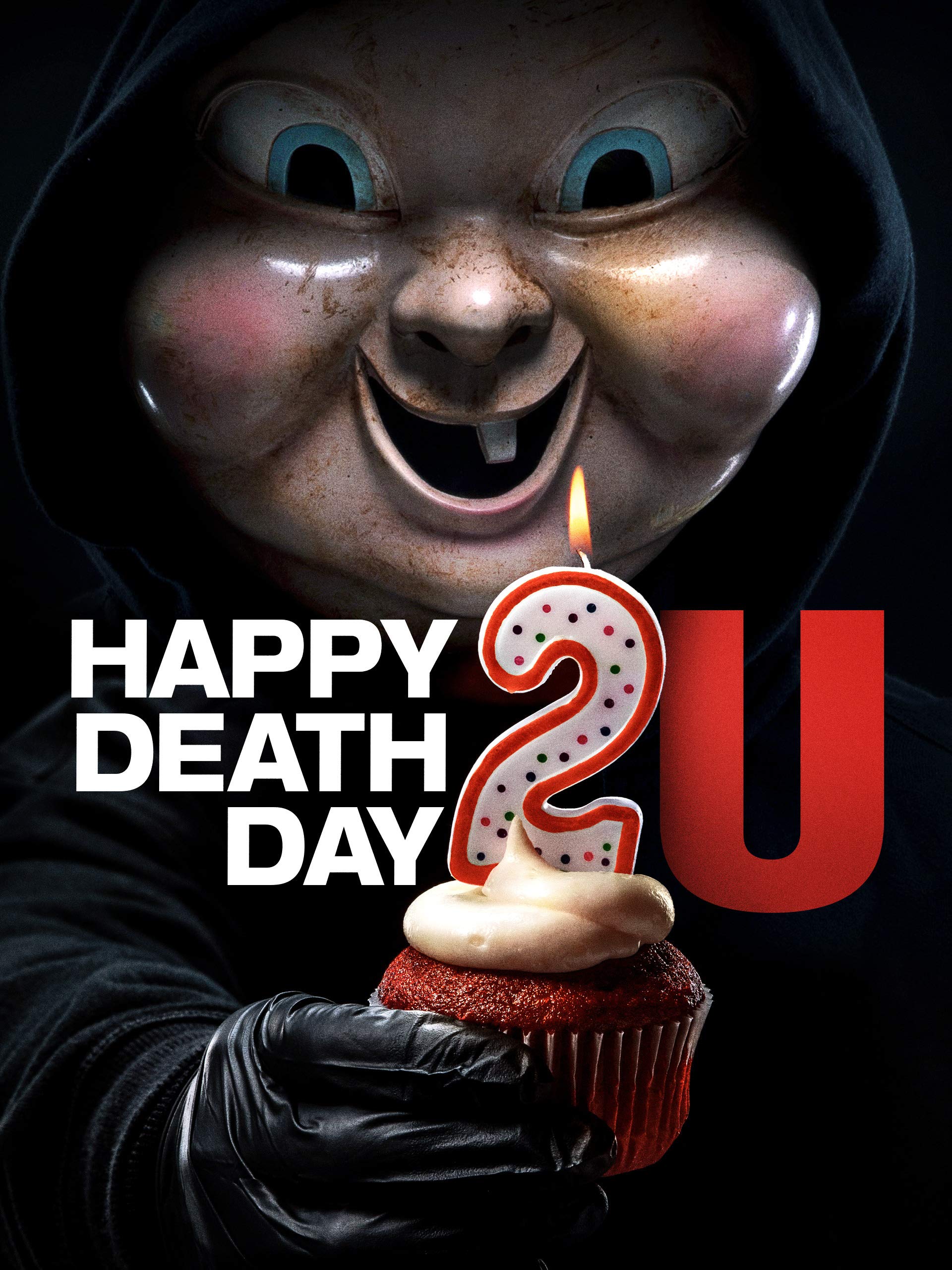 The sequel is now upon us. The first film had a cool concept but I didn’t think it lived up to the potential it had. This one does a much better job of handling the adventure. It may have mostly thrown away the horror elements from the first film but you’ve still got the various murders, there’s just much more things happening in this film. Maybe too many since one plot just vanishes.

The movie picks up right where the first film left off. Tree has escaped the loop and is finally together with Carter. Ryan isn’t thrilled about this since that means his room is still off limits but he heads to his lab to finish working on the time travel machine. Unfortunately the teacher doesn’t like this and shuts the project down. Ryan is promptly murdered by a guy in a baby mask and ends up going back to the start of the day. Looks like he is trapped in a time loop now and the only one who can possible help him here would be Tree since she has a lot of experience with this.

I would say that the decision to make Ryan the main character is an awful one since he was such a terrible character in the first movie but this title actually has a good fake out about this. So don’t worry Tree is still the main character here. Plus she still keeps the character development from the first film so she’s a much better character through and through. This time around she actually acts like a lead and does a good job of taking down the enemies.

The story goes in a few different directions from the plot I outlined above so get ready for some twists. In a way the movie has to try and make the scenario a bit harder on Tree because otherwise she would solo this experience on her second playthrough. She takes down one of the villains within minutes and with her gun she takes another one down rather quickly. It’s nice to see her just jumping into action here.

At the same time, I also feel like the movie doesn’t take that far enough. At one point the characters need to use a bunch of time loops to try different theories and suggest that Tree just destroys herself a bunch of times at the end of the day since it’ll be less painful than getting murdered. I was against this plan from the start. It’s used as a comedic montage where she keeps dying over and over again but half of those deaths seem just as painful if not more so than actually getting murdered. (Jumping into a tree shredder is such a gruesome way to die)

Jumping out of a plane is probably the easiest death but why do that when you can still just take down the murderer? So we need the machine to work in order to stop the time loop but at the same time, why not take the chance to try and take the murderer down a few more times? Alternately, shoot yourself with the gun since it would be instant but I think just using each attempt to take the murderer down would be more satisfying. Presumably Tree still has to die to reset the loop but if she’s wrong then this will help the timeline more.

Now there is a bit of a subplot where there’s a doppelganger of another character from a different dimension who is trying to murder Ryan. It feels the most random because nothing comes of it and that whole plot just vanishes early on in the movie. I think the movie probably should have just skipped this plot entirely and it would have not changed anything. The idea of multiple universes is explored in detail later on anyway and there are a lot of ways you could set up the machine being broken like the principal throwing something at it.

There is a scene after the credits though which sets up things for the next film. If the 3rd film actually follows this plot then things are about to go in a really different direction. I got some Dreamscape vibes from it with how large scale this may end up being. It’ll be interesting to see how that goes. in that case this would probably be a complete sci-fi thriller as opposed to any remnants of horror sticking around but we’ll see how that goes.

This time I thought the writing was greatly improved from the first film. Maybe it’s because the film is leaning more into being a full comedy this time but I’d also say that it’s really because the characters are more likable. I already spoke about Tree but it’s true for the rest as well. This time Ryan isn’t completely one note the way that he was in the first film. He actually gets some development this time around which is good. I’m still not a big fan but this is a world of difference.

His two assistants are okay, there’s not much to them but they have some okay banter. Carter still seems way too easy with how he has a girlfriend but is ready to have affairs with other people. So while Tree has gone away from her cheating habits, they seem to still be strong with Carter. Even Danielle ends up appearing as a much more reasonable character this time around. She ends up helping the team when it counts and is also more understanding of Tree with regards to missing meetings and such. She’s nice enough where you will feel bad for her by the end.

Lori also gets a brief appearance which may not make her look all that great morally but it’s still some extra development. The heroes and villains all get more to do this time around and that’s one of the benefits of being a sequel since you can go over events quicker with no intro to slow things down. Someone like Tombs is still just a crazy killer with no character but he’s more of a plot device than a character anyway. Even Gregory’s wife gets to do some things this time around, her character certainly went in a different direction than I had expected that’s for sure.

So with the writing being my main issue from the first film, this was an immediate jump. I also just like Tree taking a more active approach here and really taking it to the villains. Speed running through the loop scene from the first film was also nice. It’s almost nostalgic seeing some scenes from the old film before everything appears distorted. There aren’t really any memorable tracks here but you can’t win them all.

Overall, Happy Death Day 2U is a very different film from the first film and in all of the best ways. If you came for the horror then you’re out of luck because that is really gone. You only get horror vibes for maybe the first 15 minutes of the film when it’s giving you the fake plot. This is done really well though with the proper amount of scares and tension. I haven’t seen the trailers, but I think it would be a missed opportunity if they showed much footage beyond that. The idea of having Ryan as the main character is a scary one but it would make the whole story changing that much more effective. I feel confident in saying that the real movie here beats the fake out version from the intro. As more of a sci-fi fan I was cool with the changes here. We even have a lot of big emotional moments as well which can always be a bit hard to take seriously when you’re already filled to the brim with comedic, thriller, and sci-fi moments but the movie has a little of everything and makes for a good watch.